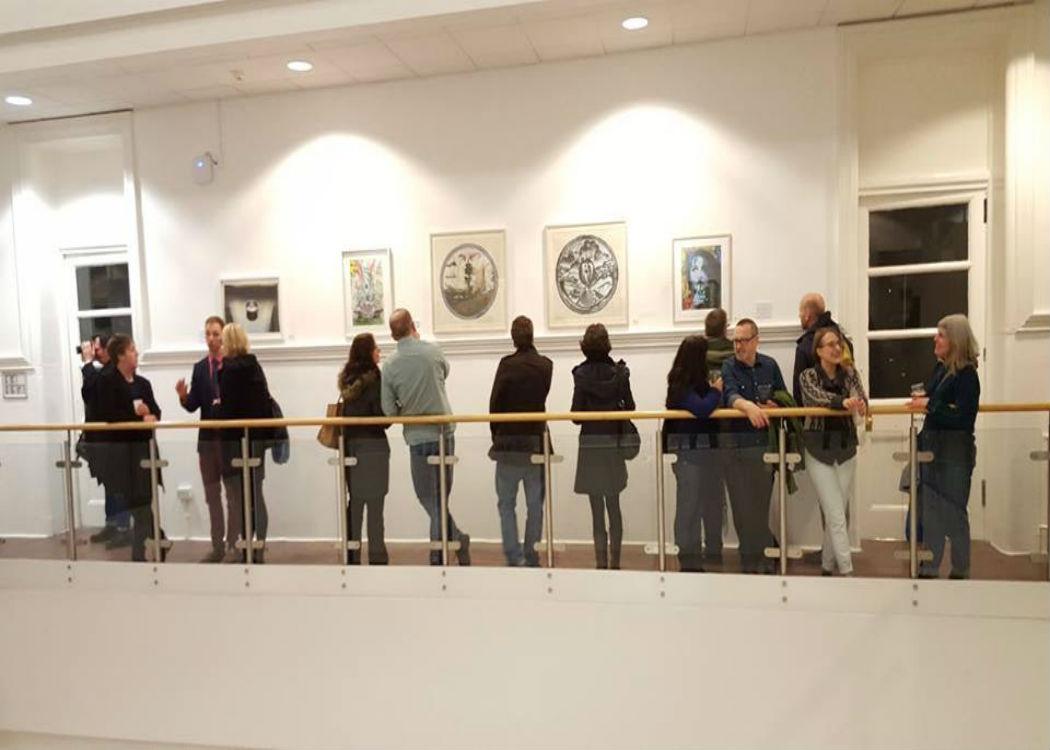 Expansive exhibition has launched with a well-attended preview showing

THE Art of Scotland’s political awakening has opened with a successful preview launch night at Glasgow’s Kelvin College West Campus.

Around 200 members of the public visited the exhibit of 84 works by a mass ensemble of artistic talent including Ken Currie, Lorna Miller, Michael Fullerton, June Carey, Elspeth Lamb and Mark McGowan (aka Chunky Mark/the Artist Taxi Driver ). The gender-balanced array of 26 artists have contributed original work as well as classic pieces from the Scottish independence referendum campaign to the exhibition.

The artworks cover a vast range of mediums and styles.

The exhibition, which is unusual for its size and scope in Scotland as an expressly political art exhibition will run until 16 December from 9am to 5pm.

The exhibition is intended as the first ‘landmark’ project in what is intended to be a series of exhibitions. Further art projects are planned across the country with existing community groups.

Speaking to CommonSpace, the exhibition’s curator Max Wiszniewski said: “It’s very important for art and politics to have this dialogue. I’ve always been interested in the relationship between art and politics. It’s really interesting to see how different types of work function within a politically charged space.

Danielle Banks – “A System That Still Kills Me”

“The works are such high quality, and seeing it all together is a really fantastic experience.”

The exhibition developed out of Common Weal’s Butterfly Rammy art project which ran throughout the Edinburgh festival season and hosted some of Scotland’s leading performance artists. The new exhibition is conceived as part of a growing project of Scottish political art, taking in conventional and experimental artistic mediums and forums.

The free exhibition will run until 16 December, weekdays 9am to 5pm.