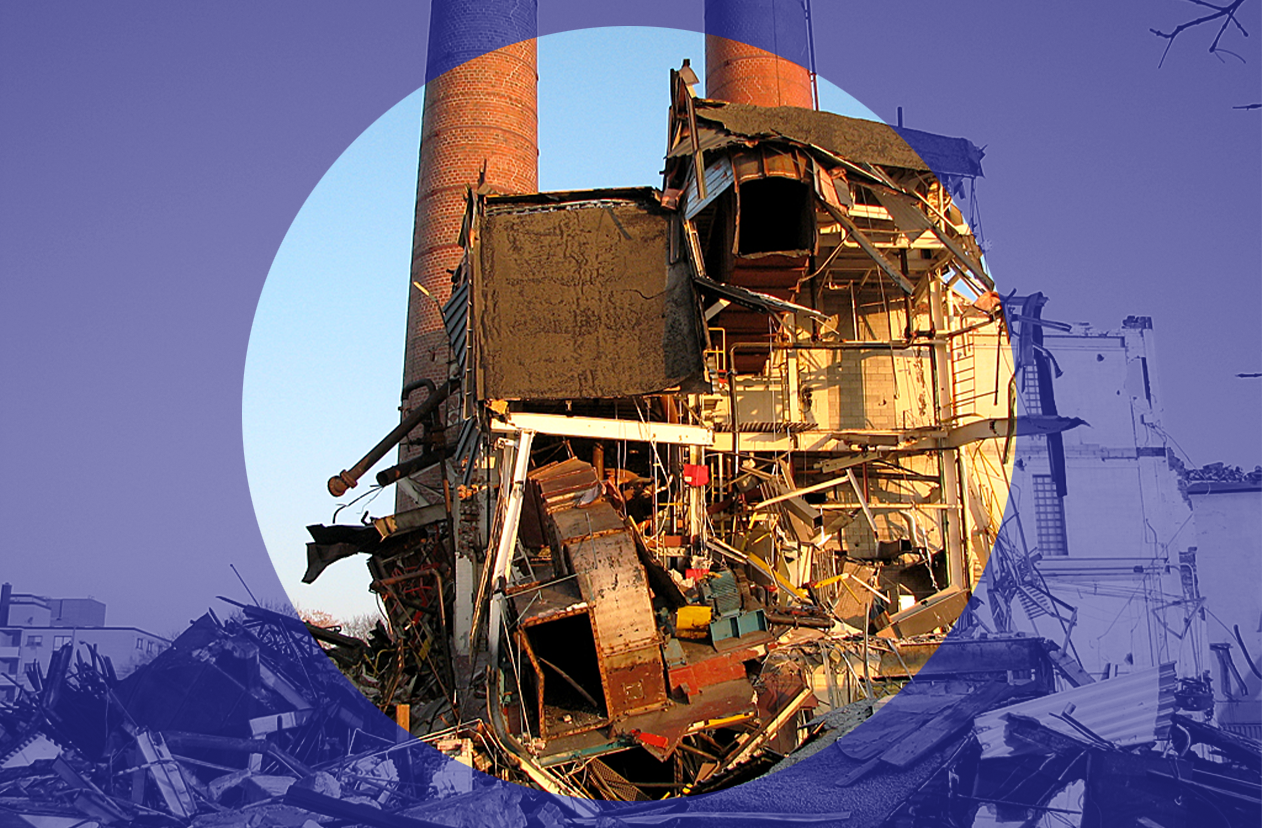 Vinnie Collins looks at the example of Green Jobs Oshawa in Canada, where a coalition is looking to repurpose a closed General Motors plant into a Green New Deal manufacturing hub, and finds there may be lessons to learn for the case of Alexander Dennis in Falkirk. Scotland and Canada have a lot in common. […]

Vinnie Collins looks at the example of Green Jobs Oshawa in Canada, where a coalition is looking to repurpose a closed General Motors plant into a Green New Deal manufacturing hub, and finds there may be lessons to learn for the case of Alexander Dennis in Falkirk.

Scotland and Canada have a lot in common. Take for example, the fact that both have louder, brasher, far right neighbours to the south. Neighbours that unquestionably, have bungled their handling of the COVID-19 pandemic to a far greater extent than either Scotland or Canada has.

Another commonality is the fact that, with these far right neighbours, both the Scottish and Canadian governments have been able to successfully project an image of progressive governance to their people and the outside world, all while advancing neoliberalism and failing to address the rising inequality experienced by residents of both countries. It’s easy to act like the hero when your neighbour is the villain.

For example, Canadian Prime Minister Justin Trudeau was given credit for his tweet welcoming asylum seekers to Canada  — his response to Trump’s deplorable Muslim ban. Meanwhile, his own government failed to take action to support more refugees in Canada that had fallen victim to the US’s disgraceful policy.

In a more local example, First Minister Nicola Sturgeon’s naming of climate change as top of Scotland’s agenda was fawned over by mainstream media pundits. Meanwhile, her government plans to spend just $2 billion to tackle climate change over the whole of the next parliamentary term. And even when the Scottish Government has taken action to move the country towards a more sustainable economy — they haven’t got it right. The Scottish Government invested in a licensing program of offshoring wind turbines — when EDF energy got the contract, they outsourced the sleeves manufacturing to Indonesia, which had to be shipped back to Scotland with great cost to the climate.

It is this context that fuels the analysis of a growing movement in Canada that is fighting against inequality, job precarity and the climate crisis. With less internationalism on the left that we used to be accustomed to, it might be nice to grasp the opportunity to learn from our friends across the Atlantic.

In Canada, as in Scotland and many places around the world, the COVID-19 pandemic has exposed the failings of neoliberal capitalism. Prior to the pandemic, climate justice organisers had capitalised on the global climate justice movement to successfully put solutions such as the Green New Deal onto the political agenda. That debate has been galvanised by the pandemic, which has exposed how ill-prepared governments are for the next, and likely more devastating crisis; climate breakdown.

Solutions that had long been deemed impossible for the political class are now being explored and, in some cases, adopted because of the work of movements and the moment we find ourselves in. A concrete example of this is the work of Green Jobs Oshawa.

On November 26, 2018, General Motors (GM) announced the closure of their manufacturing plant in Oshawa, Ontario, resulting in the loss of over 15,000 jobs. This was despite the company making approximately $11 billion (USD) in profits in 2018 and regardless of both federal and provincial government bailouts totalling $11 billion (CAD) that were provided post-2008 financial crash.

In response, a collective of workers, community activists, environmentalists and supporters reacted to this assault on their livelihoods and community, by coming together under a broad coalition to call for the plant to be nationalised. Thus, Green Jobs Oshawa was born.

Their demands are simple: for the plant to be repurposed so it can be used to manufacture the electric vehicles that will be required for the country’s transition to a low carbon society. They’re calling for decent, well-paid jobs that can provide security to local workers, and an economic boost to the local community. The idea is being touted as not only a common-sense business proposal but also socially and environmentally beneficial, an investment in addressing work precarity and a step towards fighting the existential threat of climate change.

During the pandemic, Green Jobs Oshawa altered their demands to position the Oshawa plant as a potential manufacturing hub that could be used to develop much-needed equipment to fight the virus. Green Jobs Oshawa offered the GM plant as a space where vital Personal Protective Equipment (PPE) and ventilators required to deal with the crisis could be manufactured — with a plan to shift to making electrical vehicles once the pandemic has been averted.

They have recently had a partial victory, with the Canadian Government signing a contract with GM to manufacture surgical masks for the next 10 months. Green Jobs Oshawa have not let this victory take their eyes off the long-term objective of repurposing the factory to build electric vehicles, which they continue to organise and fight for.

The recent announcement by Falkirk-based bus manufacturer Alexander Dennis Ltd of their plans to axe 650 jobs could provide an opening for grassroots organising to replicate the demands of Green Jobs Oshawa, and force the Scottish Government to step in. With the Transport devolved to the Scottish Parliament, it’s an opportunity for the government to prove their so-called progressive credentials by nationalising Alexander Dennis.

What this looks like in practice should be decided by those on the ground, but by looking to international examples, lessons can be learned that can form part of the action required by movements. Certainly, the nationalisation demand made by Green Jobs Oshawa is an issue that continuously polls high with the Scottish public following years of cuts to transport services and rising fare costs despite huge government subsidies.

Nationalising the Alexander Dennis plant could guarantee security to workers, while having the plant service as a manufacturing hub that is needed as we move to a zero carbon economy. The impending climate emergency has created a growing consensus amongst the public on the need for immediate climate action, therefore such a movement is likely to receive support from large swathes of the Scottish public.

Build international solidarity on the ground

At a time of intersecting crises and rising nihilism, the only thing for this moment is to organise and fight for the world we believe in: a more just society on a liveable planet. The climate crisis will require global solutions due to the nature of our common shared interest in ensuring a healthy planet for all.

This is what building international solidarity on the ground looks like. Those organising against the job cuts at Alexander Dennis could work to organise a broad movement like Green Jobs Oshawa, that not only combats the immediate threat of job losses, but also takes on the looming climate crisis.

And as for the Scottish Government, nationalising Alexander Dennis could not only save the 650 threatened jobs but is a decisive action that would support their commitments to tackling the climate emergency — one that is rooted in justice. It’s win-win — and you know, Scotland and Canada sharing common progressive policies rather than neoliberal ones might just be a good thing.

Vinnie Collins is a PhD student in politics at York University, Toronto. Originally from Glasgow, he has resided in Canada for the last four years.