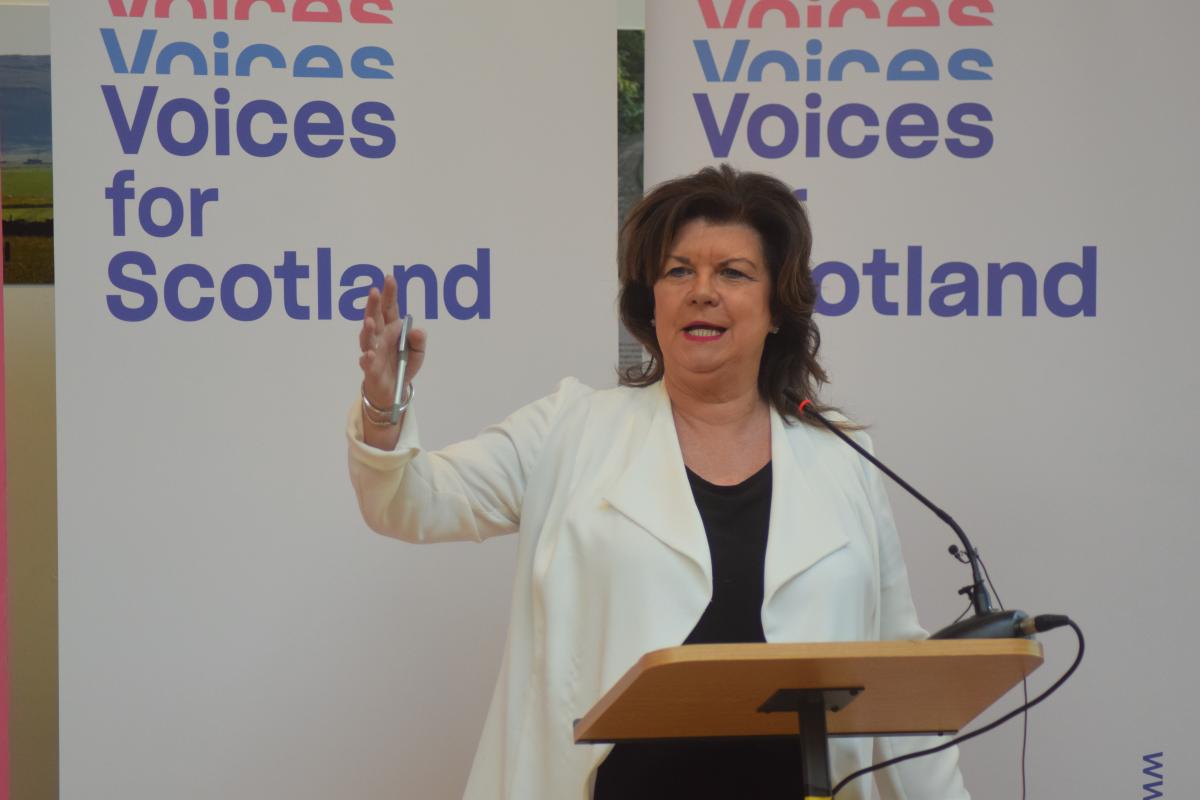 Launched in Edinburgh today [25 April], Voices For Scotland emphasises the need to facilitate conversations with those unconverted to Scottish independence

VOICES FOR SCOTLAND, a new non-party campaign organisation which seeks to both provide a rallying point for the independence movement and change the discourse around Scotland’s constitutional affairs to be more inclusive to the undecided, was launched today [25 April] in Edinburgh.

Established under the auspices of the Scottish Independence Convention (SIC), Voices for Scotland has already emphasised its devotion to the cause of independence, rather than to any pro-independence party, and emphasises the need to reach out to those who are as yet unconvinced by the prospect of an independent Scotland.

In a statement released to press, Voices For Scotland argued that the moment of their launch was one of “unprecedented turmoil and confusion in the UK with trust in Westminster politics at an all-time low and growing fears not only about the immediate future but also about the political system that got us here in the first place.

“It is important that the voices on how we fix our political system do not only come from politicians but also from wider society. Voices for Scotland aims to bring precisely those voices to the debate with the aim of opening up conversations that might be dampened down by party political cut and thrust.”

With a board including SIC chair Elaine C. Smith, lawyer and human rights advocate Aamer Anwar, Scottish Green co-convener Maggie Chapman and political journalist Adam Ramsay, the organisation has appointed NGO veteran and independence campaigner Chris Hegarty as coordinator, and is in the process of completing its staff recruitment ahead of the official rollout of its campaign, which will be followed by a fundraising drive.

Commenting ahead of the launch, Chris Hegarty said: “It’s a genuine privilege to be involved in a grassroots organisation that’s all about listening to the aspirations and concerns of the people of Scotland, and especially one that’s committed to having these open conversations in such a respectful way.

“I look forward to hearing many of those conversations, and to working with such a talented and committed group of people as those involved in Voices for Scotland.”

Voices For Scotland board chair Dave Thompson also commented: “To win independence, our movement needs to open conversations with people who are unsure about our constitutional future. We need to listen to their fears and hopes for our country. The more we listen, the better we will be able to provide answers, reassurance and build confidence. That’s what Voices for Scotland is all about. We also want to support those already campaigning for independence with materials and resources which will help people to have the most impactful interactions possible.”

Voices For Scotland board member Linda Somerville added: “The Scottish Independence Convention, from which Voices for Scotland is being born, represents the amazing range and diversity of groups and individuals already committed to independence. There is evident appetite for change across Scotland and the ambition of Voices for Scotland will help to achieve this vision.”

Speaking at the group’s launch event at Edinburgh’s Scottish Storytelling Centre this morning, Elaine C Smith said: “I think it’s very important to recognise that this is not the launch of a campaign – this is the launch of a campaign group. And we will – over the next however many months, year and a half, until there is a referendum – be the gathering place for the movement, and that is what the movement is telling us they want.”

Reflecting on the lessons learnt by Scottish independence campaigners in the run-up to the 2014 referendum, Smith continued: “It was really interesting that when Yes Scotland was set up, much of the criticism of it was that it was top-down, when in actual fact what moved people was the grassroots. The grassroots ended up telling Yes Scotland what to do, and how to move. That is a huge lesson. And now the movement is saying: ‘We need a focal point. We need a banner to gather under.’”