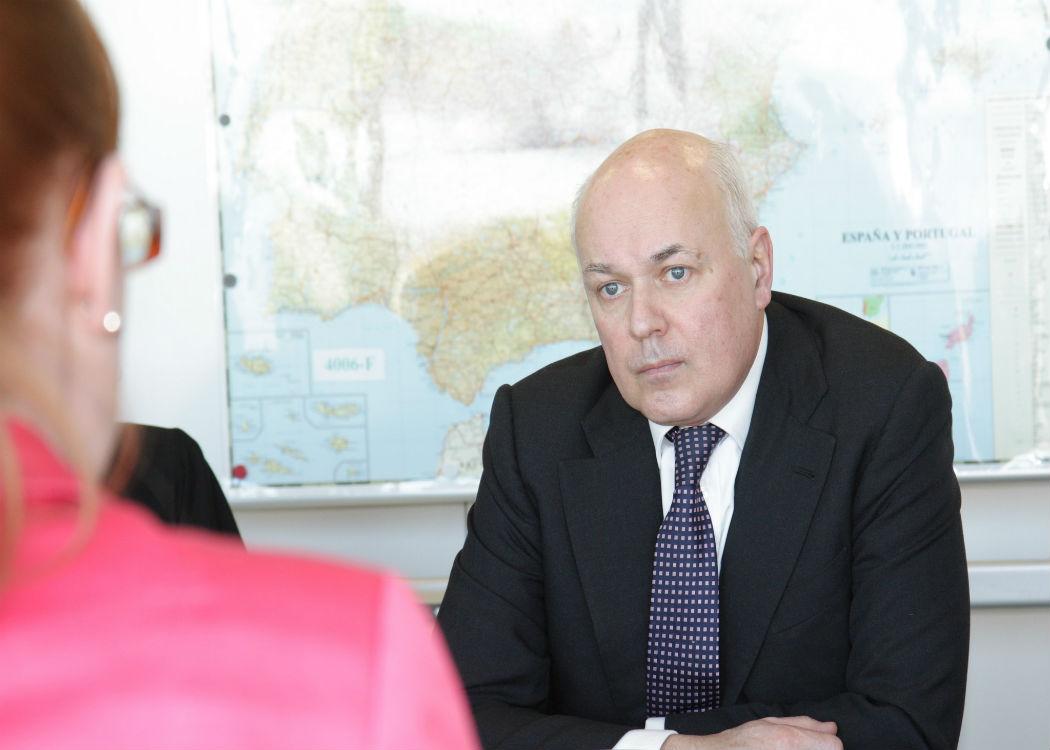 RESIDENTS in Welfare Secretary Iain Duncan Smith’s parliamentary constituency have called on him to be ‘sanctioned’ for not turning up to his local hustings debate.

The call by angry attendees of the hustings debate mimics Smith’s policy of sanctioning those on welfare benefits if they miss appointments, a policy which research has shown has a direct link with rising foodbank usage.

Candidates from six other parties were present at the debate, but Smith failed to show up to the hustings in his Chingford and Woodford Green constituency in North London.

Organisers of the event claimed that he had been “called away to the north-west of the country” after a “late change to his schedule”.

At the event, welfare campaigner Gill Thompson told the audience about her late brother David Clapson, who died after being sanctioned under Smith’s new welfare system.

“My brother died because of Iain Duncan Smith’s policies,” the Daily Mirror quoted Thompson as saying. “He wasn’t a scrounger. He was a former soldier. He died with a pile of CVs next to his body. He was a diabetic. After he was sanctioned he couldn’t even keep his insulin cold in the fridge.”

The Daily Mirror reported that some in the audience were moved to tears, with many shouting out that Smith should be sanctioned for dodging the debate.

Thompson responded: “He should be sanctioned, and have his MP’s salary stopped.

“Why does he think he is above having to turn up to his own hustings? It’s because he can’t defend his own policies.”

Research by Oxford and Liverpool universities has revealed that for every one per cent rise in sanctions there was an equivalent rise in foodbank usage in the area. (Click here to read more).

300,000 people have been hit by benefit sanctions in Scotland under the coalition government’s new sanctions regime.