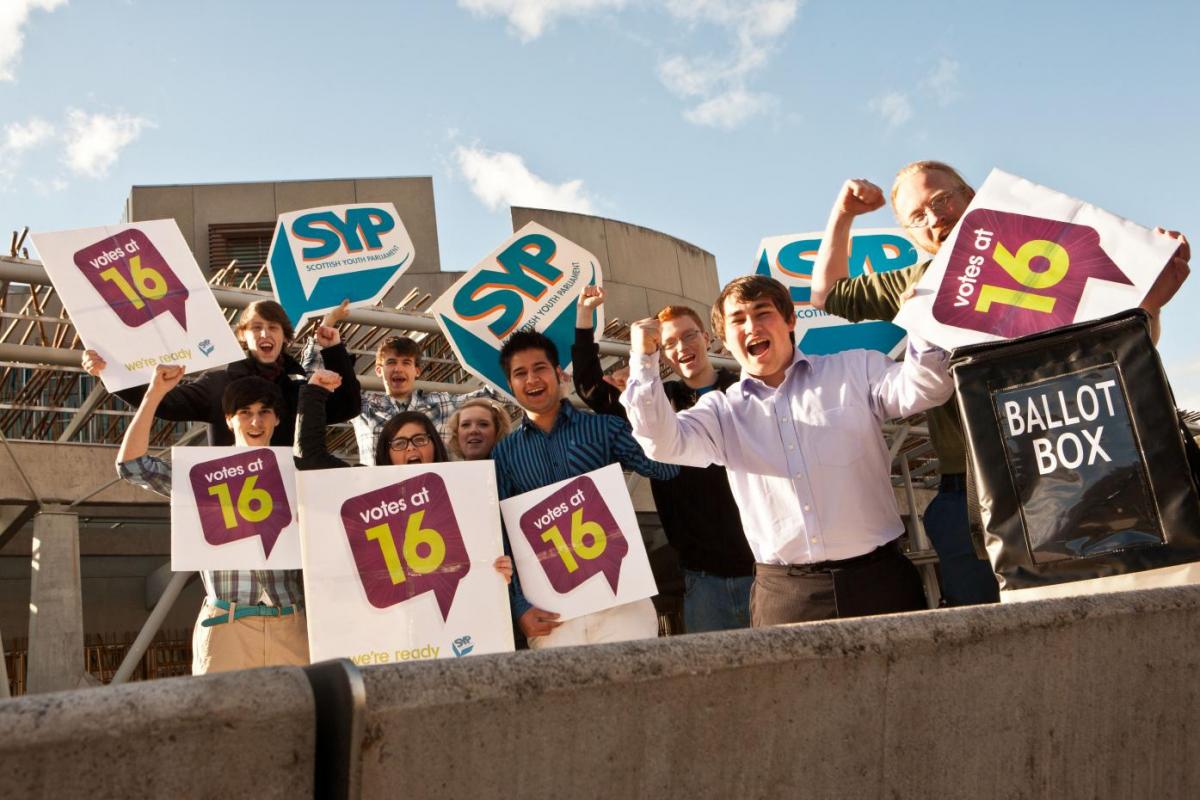 THE introduction of votes at 16 for the next Scottish election provides a unique opportunity to engage schools and young people in political engagement, according to MSPs speaking today.

The independence referendum was the first time that 16 and 17 year olds voted in a UK based election and regular debates were held with representatives in schools.

Patrick Harvie MSP, who organised the debate at Holyrood on Thursday on young voters and school debates, said: “I want people to vote while being politically engaged citizens in every aspect of their lives.

“We do have an opportunity to turn around that problem of low voter turnout amongst young people by seeing the chance of voter participation, citizenship education, political engagement in schools normalising the voting process.”

Some council authorities have started informal discussions relating to school guidelines for the 2016 Scottish Parliament elections.

The Scottish Government has received permission to reduce the voting age for the election from the Westminster government.

Harvie commented that while some school engagement during the campaign was “terrific”, support from authorities was “patchy” overall.

“There were some local authorities which specifically didn’t encourage schools to undertake those debates and set down rules about how they would take place,” Harvie said.

While organisations like the Scottish Youth Parliament campaigned vociferously for greater political engagement, others discouraged it. Former Conservative leader Annabel Goldie, for example, warned of “partisan propaganda” slipping into schools.

A number of instances during the referendum revealed schools banning campaign badges and restrictions which attempted to limited free expression and discussion between staff and pupils.

Stewart Stevenson MSP stated in the debate: “Schools were playing it safe. If they couldn’t get representatives from both sides they were cancelling debates, and that was a shame.”

Guidelines to structure what political engagement is acceptable and not acceptable in schools will be written over the next year by council authorities.