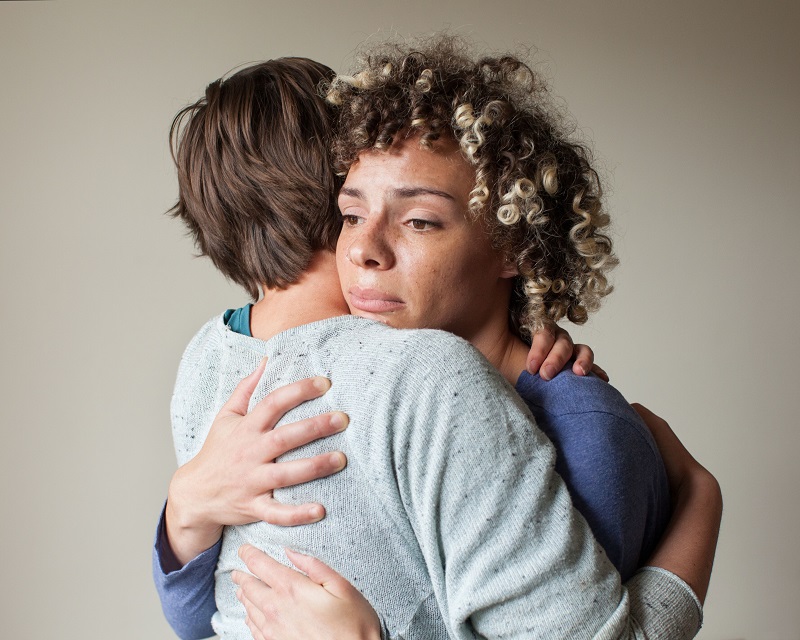 NEW FIGURES have revealed the number of survivors of sexual violence waiting for “life saving” support services on a typical day in Scotland has doubled since 2018, prompting a new funding appeal from Rape Crisis Scotland.

A nationwide survey of Scottish rape crisis centres suggests the number of people waiting for specialist support on an average day has gone from 582 in 2018 to 1035 in 2019.

Rape Crisis Scotland, who work with 17 local rape crisis support centres across the country, have published the figures to coincide with the launch of its “biggest ever” funding appeal for services which offer support to victims of sexual violence.

The funding campaign, ‘16 Pounds for 16 Days’, calls on the public to “stand against rape and sexual violence” by donating or raising a minimum of £16 pounds for the appeal – with some supporters already signed up to raise money through activities including a sponsored silence, a sea-swim and coffee mornings.

The fundraising effort also marks the beginning of 16 Days of Activism Against Gender-Based Violence, an international campaign which seeks eliminate violence of all kinds against women and girls, which kicks off on 25 November, the International Day for the Elimination of Violence against Women, and runs until Human Rights Day on 10 December.

According to Rape Crisis Scotland, the vital funds raised will go directly into supporting survivors of sexual violence through local rape crisis centres and the national helpline.

Survivors have spoken out through the organisation to demonstrate the “devastating impact” delays in accessing specialist support can have on their mental health and ability to get on with their lives.

Rape Crisis Scotland argue that delays have made some survivors question their decision to seek support and whether they were deserving of it; responding to a survey from the non-profit organisation, one survivor commented: “I was a mess felt like I couldn’t start healing. No-one to talk to all going on in my head. I was self-harming, suicide attempts. I felt isolated and my head was exploding.”

Rape crisis centres provide immeadiate and ongoing emotional and practical support for those affected by sexual violence, including advice on healthcare and the law.

Rape Crisis Scotland’s Sandy Brindley said: “Sexual violence is traumatic, and too often after making the incredibly difficult decision to ask for help, survivors are told that they must wait.

“Let’s be clear; we don’t believe that any survivor should ever have to wait for life saving support.

“The broader conversation about sustainable funding for local centres is ongoing, but right now we are asking for the public to get involved with 16 Pounds for 16 Days and donate to support survivors of sexual violence and ease the pressure on local rape crisis services.

READ MORE: Anonymous: My journey to speaking out on the rape and abuse my partner inflicted

“We know it’s a big ask, but we wouldn’t be asking it if it wasn’t important.”

The campaign is being supported by Everyday Sexism, a popular online project which catalogues daily experiences of sexism. Everyday Sexism founder Laura Bates noted: “The chronic under-funding of our frontline sexual violence services ought to be a source of national shame. I have seen first hand the life changing, vital impact of our rape crisis centres. No survivor should have to wait months or years to access the help they deserve. I urge everybody to support this campaign this 16 Days of Action.”

Scottish Government statistics released in September 2019 show crimes of a sexual nature are at their highest since records began.

Commenting on the new figures from Rape Crisis Scotland, Scottish Government spokesperson said: “We have been clear improving specialist support for victims of rape and sexual assault is a priority and everyone who needs it should have access to a forensic medical examination, along with wider healthcare interventions and assistance.

“The Scottish Government is providing £8.5 million funding between 2018/19 and 2020/21 to improve healthcare and forensic medical examination services for victims of sexual crime.”

To mark 16 Days of Activism Against Gender-Based Violence, the Scottish Parliament will on 27 November host its annual debate on violence against women and girls. Campaigners are expected to rally outside of Holyrood on Wednesday as part of the Zero Tolerance campaign ‘It’s Time for Prevention’, calling on MSPs to attend and participate, after only 15 per cent of MSPs took part in last year’s debate.

Commenting, Zero Tolerance co-director Rachel Adamson said: “Violence against women is an epidemic in our society. One in ten women in Scotland has experienced rape and more than one in three women do not feel safe walking alone in their own neighbourhood after dark. We’re calling on the public to invite their MSPs to attend the debate to start a national conversation. We must prevent this violence from occurring in the first place.”

For confidential help and support if you or someone you know has been affected by sexual violence. you can call Rape Crisis Scotland free on 08088 01 03 02 or email support@rapecrisisscotland.org.uk