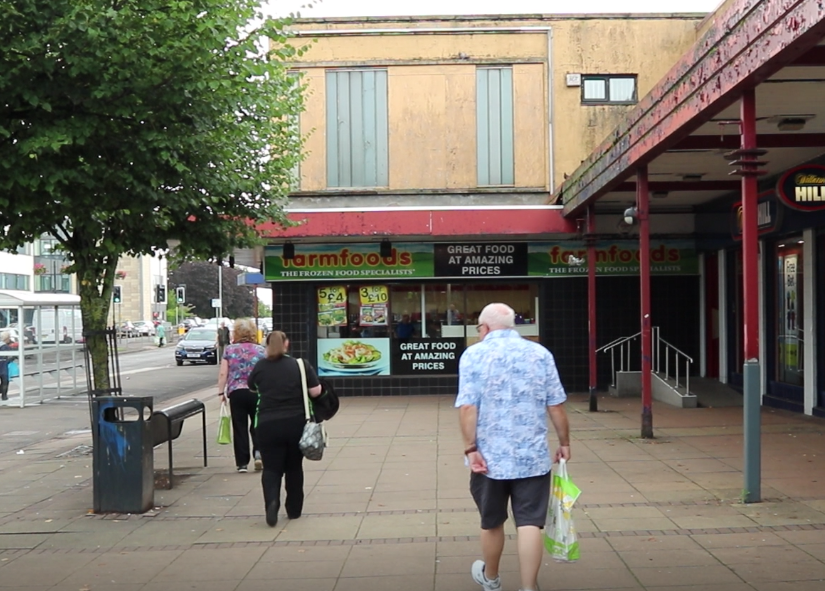 CommonSpace engages in an unscientific survey of No voting East Renfrewshire

SCOTLAND is entangled in a UK-wide political crisis, the complexity and chaotic nature of which is unprecedented since at least the 1970s.

It’s strange to think that just five years ago, and even at the time of an historic mass campaign for and against Scottish Independence, British politics seemed like a much simpler animal.

In that campaign, the relatively wealthy East Renfrewshire voted 67 per cent No to independence, against 33 per cent Yes.

We revisited the area – both well-heeled Newton Mearns and the more working class Barrhead – to see how the political chaos was shaping attitudes. Of course, the interviews and the observations that follow are by no means a comprehensive or scientific survey of opinion.

Some of the people we spoke to fit relatively neatly into expected phenotypes – some were pro-independence in 2014 and if anything even more so now. They resented Brexit and Boris Johnson.

At the other end of the spectrum, some were hard ‘Nos’ in 2014, angered by the continuing debate around independence, it having been decided against in 2014. They were typically at least prepared to let Johnson carry on with his efforts, and also accepted Brexit as the settlement of the 2016 referendum.

Others had ideas which included a variety of opinion from either ‘side’ of this archetypical divide. Of course, political opinions among the population do not match up neatly with parties in parliaments.

No one we spoke to, including those who were more sympathetic to Johnson, antagonistic to independence, or who voted Leave in 2016, wanted to leave in October with no deal. With Scottish Conservatives being of a generally more remain or soft Brexit orientation, and with many Scottish Leave voters being drawn from independence supporters (more than a third on most polls) this probably does reflect a wider reality.

Another interesting piece of feedback was that nobody, including those most keen on independence, seemed to think another independence referendum was an immanent response to Brexit. And some of those who were sympathetic to independence said they wanted it in a few years time. Only one person we spoke to was undecided – he was previously a Yes voter but was now unsure, as he did not like the way the SNP had governed from Holyrood.

Almost everyone we spoke to used one frame and indeed, one word, in common. Politics was, they said “a mess”. This was coupled with anger at politicians and a general feeling that the political impasse had exposed all corners of the political system.

For a time at the start of Britain’s ‘populist’ impasse, various insurgent political forces claimed that this ‘anti-politics’ mood would be on their side – a case could be made easily by independence supporters, Brexiteers, Corbynites and more recently Johnson/hard Brexit Tory supporters, that resentment at business as usual would favour their change of course for British politics.

Instead, so far this widespread appreciation of the “mess” has resulted in confusion and gridlock.

With so little difference now between the two camps, how should we understand the dynamics of political consciousness and decision making as impacted by the crisis?

CommonWeal Director Robin McAlpine is one of relatively few to witness private focus group and polling research carried out by the Scottish Independence Convention through Heriot-Watt University in 2017.

Though the data is now dated, he says the fundamental dynamics behind public attitudes towards politics in Scotland (and they chime with many across the western world) remain the same.

One of the most fundamental is a lack of trust in politics.

“This is what people say, it’s not necessarily always what they do, McAlpine said. “But everyone has basically given up on politicians and authority figures. The golden era of the post-war establishment where a plummy accent and air of authority resulted in a listener concurring is over and has inverted itself. Quite a lot of people now are likely to be suspicious if someone in a suit and tie tells them it.”

This can be seen in 2014, McAlpine believes, as a snowball effects among various demographics, including younger and older voters. The solution to this is peer-to-peer campaigning of a kind deployed by the Bernie Sanders campaign in 2016, when Bernie supporters were mobilised to speak to their family, friend and work networks about the importance of his campaign.

“We need an optimistic, inspiring, story driven campaign delivered peer-to-peer,” McAlpine added. “Our job is to fuel and build those stories, support them with the infrastructure that fills people with the confidence independence can deliver.”

With the crisis rumbling on, with no end in sight, the debate about how to reach a frustrated public with a progressive message is likely only begining.