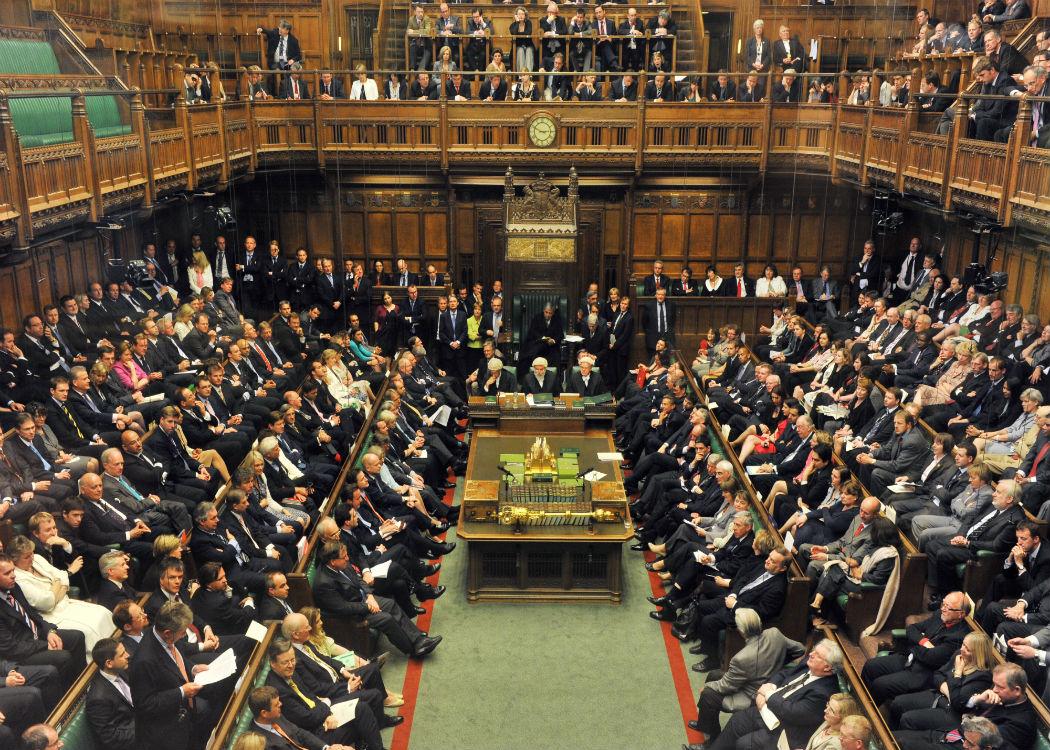 IN HIS first appearance at Prime Ministers Questions (PMQs), new Labour leader Jeremy Corbyn set out to change the internal culture of the House of Commons.

The eccentric traditions and mystifications of the Palace of Westminster and the House of Commons are much loved by parliamentarians and much derided by the general public.

But if Corbyn is successful, what Commons oddities might be lost? CommonSpace looks at some Commons traditions through the prism of some very un-parliamentary behaviour.

Regular viewers of PMQ’s will notice that the speaker, John Bercow, has a terrible time trying to control the Conservative members. Though a member of the Conservative party himself, he is seen as having left-wing sympathies and is widely disliked by Tories.

Here, Bercow survives an attempt by the Conservative party to unseat him as speaker. His furious glance at the Tory front bench says it all.

In the following video, now shadow chancellor John McDonnell can be seen lifting a huge golden mace from its rest. The mace is a symbol of the House’s sovereignty, and its removal a symbolic protest over democratic procedure.

Members are not allowed to insult one another, whether or not language is unparliamentarily is decided by the speaker. Here, the new Labour deputy leader Tom Watson is asked to withdraw his comments after he calls Michael Gove a “miserable pipsqueak”.

MPs are not allowed to accuse one another of telling a lie. Several explanations are provided for this custom, including that it degrades the quality of debates. But it’s at least as much to do with the notion of the honour of members.

Politicians sometimes engineer their own expulsions as sign of taking a principled stand.

If you are a regular PMQs watcher, you will know that questions to the prime minister tend to alternate between sycophancy from the government benches and attacks from the opposition benches.

MPs wait in a queue to get to talk up some development in their own constituency and applaud the government’s “long term economic plan”. Some are a little over-enthusiastic when their time comes.

The speech is actually a smorgasbord of parliamentary procedure and issue. Galloway manages to boast that the controversial filming of Commons debates for BBC Parliament is only used so members of the public can which him.

He manages to insult everyone from the speaker to various Conservative back benchers, admonishing one rather plump tory for his “ample girth” without crossing the line into un-parliamentary language.

In your face pal

Westminster tradition evolves over time, and new traditions do accumulate. The opening of parliament involves one of the most intricate Commons rituals. A man known as ‘Black Rod’, an envoy of the Queen, has the doors of the Commons slammed in his face as a symbol of Commons sovereignty. He then demands the presence of MPs for the Queen’s speech.

Here, we see a new ritual where left wing MP Dennis Skinner heckles the bizarre display. Its been happening since 1989, and is now a tolerated part of procedure.