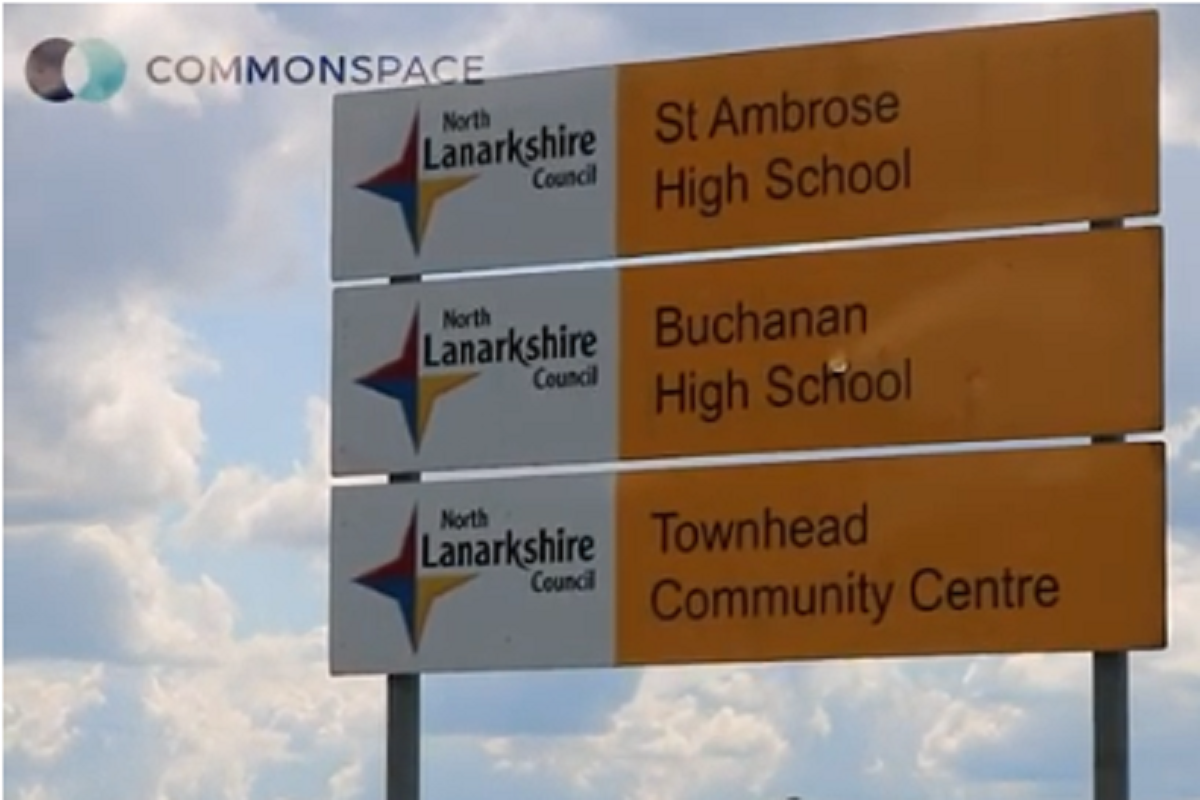 Claims and counter-claims abound, but one thing we can be sure of is that faith in local governance has collapsed

THE news that teachers at two Coatbridge schools – Buchanan and St Ambrose High Schools in Townhead – will be withdrawn over health concerns has caused consternation in the town.

The unprecedented action takes place after four teachers fell ill with the same rare bladder cancers, at a school where the mains water runs blue – one of a plethora of health scares, real or imagined, at the large school complex built on a former industrial waste site.

The apparent and profound collapse of faith in authority around the two schools tells a story of our time. Large parts of Scotland and indeed the UK are authority deserts, where dysfunctional local and national administration over decades of de-industrialisation and growing divides in wealth and power has eroded belief in official information almost to nothing.

There are now so many claims, concerns, stories and rumours on the ground that it is becoming difficult to discern the truth.

What we do know is that the school structure was constructed in 2012 on a brown field site – a former industrial waste site where, among other things, potentially dangerous materials including lead and arsenic were dumped until the early 1970s.

Locals raised concerns over plans to construct the school facility on the site before it was opened to new intakes in 2012.

In 2018 tests confirmed that levels of copper in the mains water, which had begun running blue, were three times above normal.

North Lanarkshire council have continued to insist that the four instances of cancer are not related to the school.

A statement from the council reads: “Specialist doctors from the public health department of NHS Lanarkshire have confirmed that no incidence of cancer is linked to the schools.

“They have also confirmed that no other serious illness is connected to the schools or the site on which they are built.”

Larry Flanaghan, the leader of the EIS union which represents many teachers at the school (though not those teachers withdrawn by the NASWUT union) is probably right when he says that poor communication has played a major role in generation suspicion.

He said: “Unfortunately, in this instance, North Lanarkshire Council’s response has been poor – in fact the EIS would go as far as saying that it has done far too little, far too late; for example the EIS had to resort to making Freedom of Information requests to gain access to health and safety information and reports which should have been readily provided under the provisions of the Safety Representatives and Safety Committee Regulations of 1977. This only served to generate suspicion and mistrust.”

CommonSpace spent a day in Coatbridge interviewing locals (see video above), including parents who have removed their children from the schools.

Lisa McCormick, a parent who has withdrawn her 14 year old son from the school over fears of the health impacts, told us she initially ignored news stories.

“When I first heard about it in the Sunday papers I was in denial,” she said.

But her fears for her children’s safety kept her up in the night and by Tuesday her child was out of school, despite assurances from school staff who downplayed the press stories.

“Because I live in Bailiestone I didn’t know that the school was built on a landfill site. I went away and read up about it. That’s why I made the decision he was never going to step another foot in that school again.”

She then took her son to his GP.

“I wanted to have him tested for all the toxins that were dumped on that land before the school was built. She was bewildered, said she’d have to go to public health for guidance,” McCormick says.

“North Lanarkshire council came back and said the school did not pose a risk to my son, however they couldn’t be definite until further investigation. I thought ‘wait a minute, this is all contradictory’,” McCormick continued.

She tried to have her son tested through her medical care scheme at work, but he wasn’t covered by that provision. Even private health care could not promise a screening.

“Then when I realised, you know what North Lanarkshire council have to take ownership. They need to take responsibility and they need to do it. There’s going to be parents out there that are in a situation that they can’t afford testing or screening.

“That’s not fair, why should some kids be in a position where they can and some can’t. So all kids need to be tested.”

McCormick also has a daughter set to graduate to St Ambrose in August. The pressure of worry on parents, children and staff is clearly enormous.

Her petition calls for all children who have attended the school, past or present, to be screened. The demand is a telling one. The fears of parents have been induced by a sheer lack of reliable information, now that they feel the council’s word cannot be trusted.

In the meantime, the calls of teachers and parents seem to be bearing fruit, with a Scottish Government led investigation into events announced, in collaboration with the council and local NHS. Even in the midst of a collapse of faith in authority, public activity can force a response from those who govern.

CommonSpace is entirely funded by small, regular donations from you: our readers. Become a sustaining supporter today