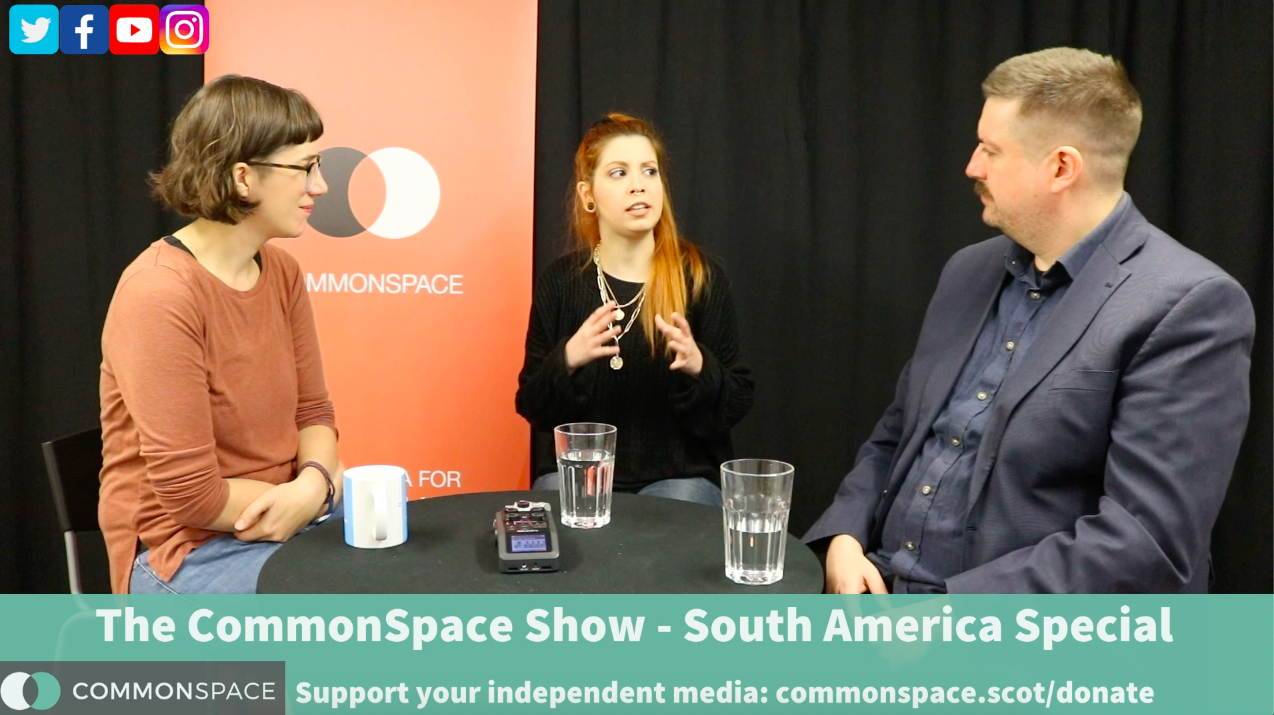 In this edition of the CommonSpace show, David Jamieson and Rhiannon J Davies are joined by Nathalia Urban, a Brazilian journalist based in Scotland.

Urban is the co-founder of Resist Brazil and regularly contributes to Left Ungagged. In the first half of the show they discuss the upcoming General Election (the show was recorded the day it was announced). And in the second half of the show they dig into the causes behind the current upheavals across Chile, Brazil, Columbia, Equador and the so-called ‘pink tide’.

As ever, we’re keen to hear your thoughts, feedback, suggestions. Get in touch via: media@commons.scot