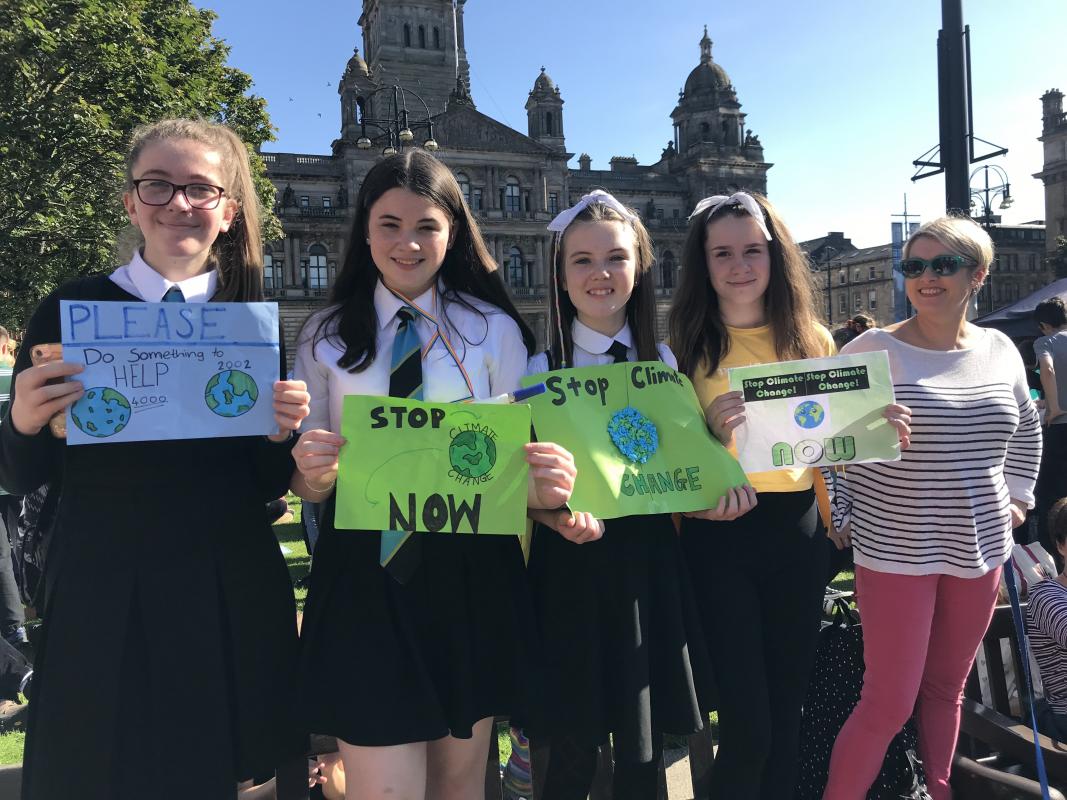 CommonSpace journalist, Rhiannon J Davies, was at the Glasgow strike which marched from Kelvingrove Park to George Square to speak to young people and find out why they had taken to the streets.

In this special edition of our fortnightly CommonSpace Show, journalists Rhiannon J Davies and David Jamieson are joined by 15-year-old Erin Curtis, one of the organisers of last week’s massive climate strikes that saw an around 10-15,000 people take to the streets of Glasgow.

In the first half of the show, they discuss how Erin got into taking part in the strikes, something she has done on a monthly basis since February. Erin also gives her take on the criticisms levelled at climate strikers by right-wing pundits and papers. In the second part of the show, they discuss what comes next, and how a Green New Deal might facilitate cleaner environment and more just society.

0.55 – Erin talks about how she got into striking
3.49 – what happens on the regular Friday strikes
8:48  – Erin gives her reaction to a right-wing US commentator on likening images of Greta Thunberg to Nazi propaganda, speaking how it’s a shame that so much of the focus is on one individual
10:50 – one eleven year old at the strikes in Glasgow gives her opinion on Greta
12:35 – we hear Erin’s reactions to the right wing media coverage of the strikes including the allegation that they are being controlled by a ‘secret doomsday cult’
14:10 David asks Erin whether this movement for a wider social transformation
17:33 – we see footage and interviews from the Glasgow climate strikes
22:45 – what comes next for the movement? how does it escalate if resistance continues?
25:38 – Erin outlines the premise of a Green New Deal and how it could transform society
31:40 – how different might our near future look if these changes are made?

Read more: ‘By far the most ambitious anywhere in the world’: Scottish Parliament backs new target of 75% carbon emissions reduction by 2030

ed by the strike organisers for next week’s edition of The CommonSpace Show. Watch it in full here.