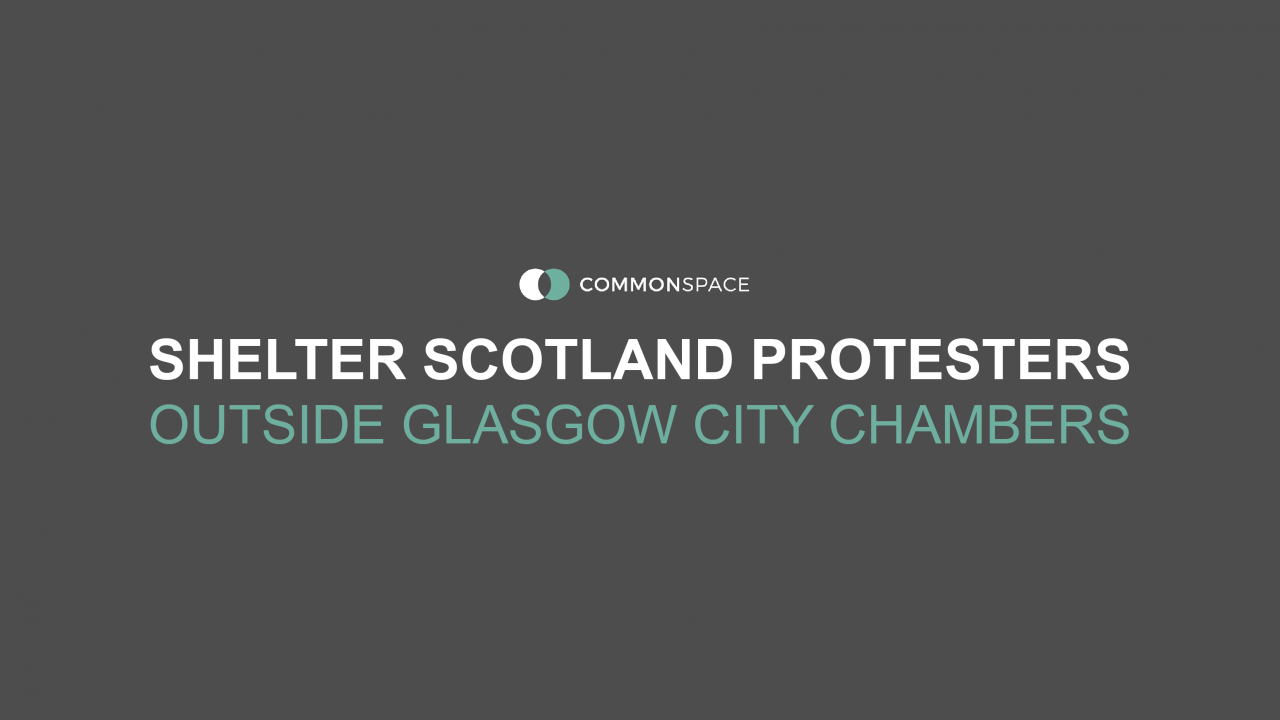 The aim of the protest was to highlight the fact that over 3000 homeless people were turned away by Glasgow City council last year – a situation which Shelter Scotland says leaves the council in breach of its legal obligations.

Watch the video below to see what campaigners at the protest had to say.