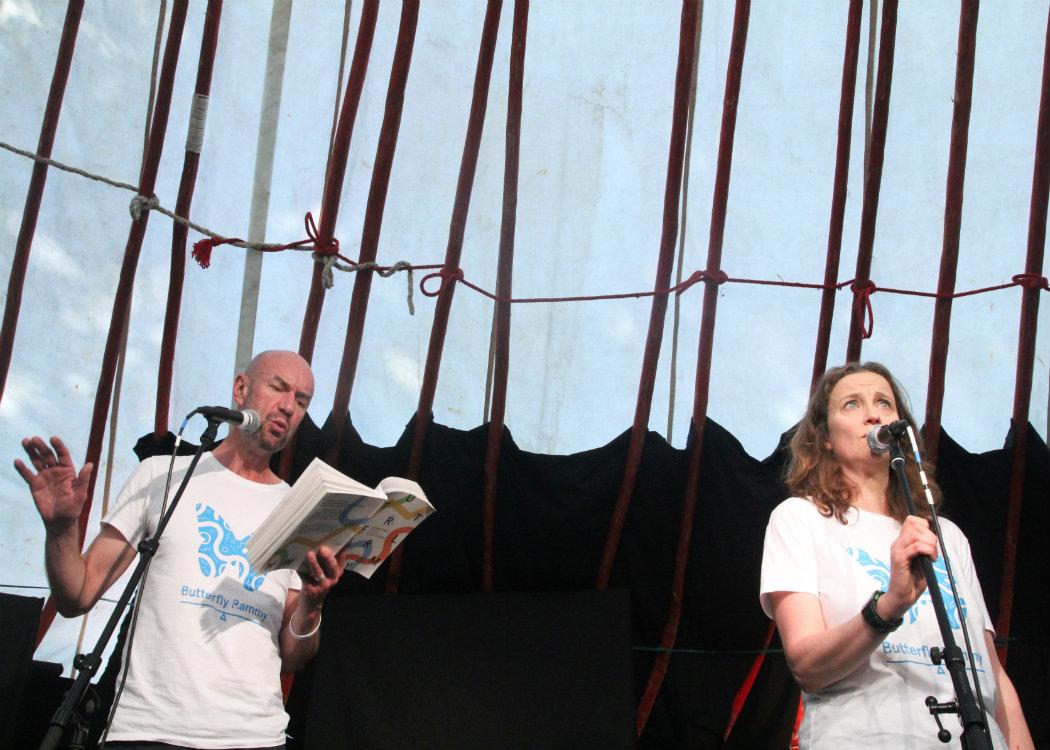 THE VIDEO was filmed in The Stand in the Square yurt during the Edinburgh fringe, and runs through the entire content of the Butterfly Rammy book in one hour.

This year, Common Weal led an exciting cultural project for the fringe festival, exploring the politics and the arts of the political awakening of the Scottish independence referendum, with a focus on the upsurge of public engagement.

Now, you can watch an hour-long film capturing the best of 18 different shows.

Actor Pauline Goldsmith told CommonSpace: “It was wonderful to be involved in a moment that expressed not just the political but also the emotional and cultural spectrum of indyref and the political awakening in Scotland.

“In the way that the Scots words we used to explore the referendum campaign define something unique and specific, the stories, performance and art of Butterfly Rammy express something you can’t get from political discussion alone. That is why we need cultural events like this: to tell people’s collective and individual journeys.”

Over the last few years, artists, activists, musicians and citizens in Scotland took to the stage to talk about an uprising of colour and hope throughout the Scottish independence referendum campaign: A Butterfly Rammy.

Eighteen Scots words were chosen for the accompanying Butterfly Rammy book , and for each word, a writer was commissioned to produce a story, poem, song or idea to accompany it. Every word, from ken to bide and beelin , represents a period in the independence referendum campaign.

The Butterfly Rammy film has been released to coincide with the anniversary of the referendum as a celebration of Scotland’s political awakening.

We should warn you though, the video does contain some unsavory language – this is what happens when you leave it to the artists!