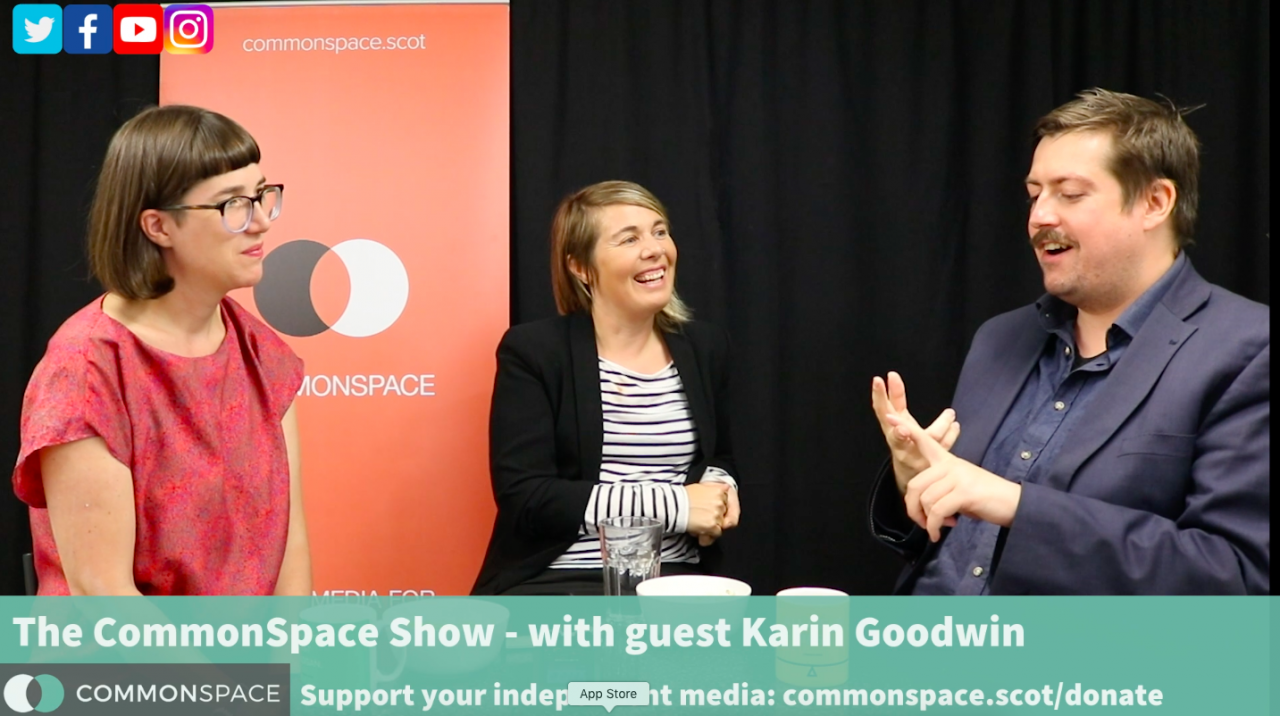 For this edition, we are joined by freelance journalist Karin Goodwin who regularly contributes to both the Sunday National and The Ferret. Earlier this year she was awarded the Nicola Barry award at the Scottish Press Awards for her campaigning journalism. She focuses mainly on social issues, and has covered homelessness and the Serco evictions in depth.

In the first half, they discuss some of the big international stories:

In the second part of the show, they talk about:

As ever, we’re keen to hear your feedback -either regarding the topics discussed or suggestions for the show – future topics, guests. Get in touch via media@common.scot