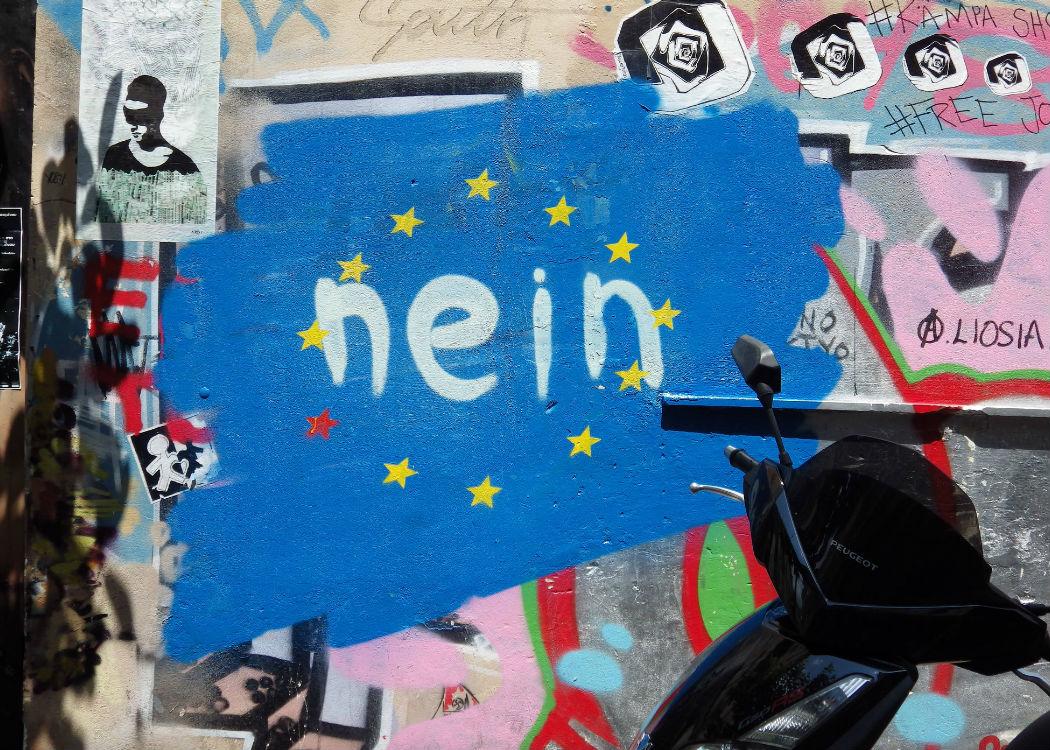 Greek student in Edinburgh: “We are up against the lions of world capital. They are trying to eat us alive and we need to escape the cage”

GO TO MOST urban centres around Europe and you will find young Greeks. In a country where crippling austerity has led to levels of youth unemployment reaching over 50 per cent, the nation’s young people have been forced to emigrate in search of work and opportunity.

Scotland’s capital, Edinburgh, is no exception, and, in recent years, thousands of Greeks have made this city their home.

However, while the youth may leave Greece, Greece does not leave them. The community has remained deeply politically engaged with the tumultuous events taking place back home as the country struggles to free itself from the economic straightjacket that the Troika – the European Commission, European Central Bank and the International Monetary Fund – imposes upon it.

Grassroots groups such as Real Democracy Now and Syriza Scotland have been set up as a platform for organising in their adopted country and collaboration with existing leftist organisations in Scotland, such as the Radical Independence Campaign, has been frequent.

Now, as a referendum on whether to accept the Troika’s bailout conditions approaches, the youth are set to return to Greece in order to take part in the defining poll.

“It’s even more important than the elections because this referendum is about defending your dignity.” Hara Harsou

And like the thousands who have thronged to the centre of Athens and other Greek cities in recent days, there is only one word on their lips: ‘Oxi’, meaning ‘No’.

“I’m going back to take part because it’s the most important vote since the civil war 70 years ago,” says Hara Harsou a PhD student in Biomedical Sciences at the University of Edinburgh.

“It’s even more important than the elections because this referendum is about defending your dignity. We know that if we exit the Eurozone then things are going to be really difficult for the first years, maybe more. But I can’t see any other solution so it’s a critical thing to go and vote.

“We are up against the lions of world capital. They are trying to eat us alive and we need to escape the cage.

“All of these difficult years that we’ve been through, needs to be the starting point for creating something new.”

There are no illusions about the gravity of the decision that faces Greece in Sunday’s referendum.

A No vote pushes Greece ever closer to the Euro exit door which, while restoring dignity, will do so at an immediate and costly price.

A Yes vote and Alexis Tsipras’s government will surely fall with it and any hope of resisting further austerity will be extinguished.

The stakes could hardly be higher for Greece and Europe’s only leftist government.

“This is a great opportunity for the Greek people to show what they really want and fight for their future,” says Georgious Papadimitriou, who studies underwater robotics at Heriot Watt University.

Papadimitriou booked a flight back to Greece as soon as he saw the referendum was called on Friday.

“All these years many of us didn’t have the chance to go back but I think now it’s so important that we do, even if we have to spend a lot of money,” he says.

“It’s worth doing and many people feel the same way. We have to help our country no matter what. Money is something that you can always make but dignity is very difficult to regain.”

Like Harsou, he is realistic about the difficulties that are attached with a No vote. The alternative though, he says, is unthinkable.

“The first two or three years if people vote No could be much more difficult than deciding to vote Yes,” he admits. “But with a No vote there is prospect and hope for people. There is no chance that things will get better if Greece votes Yes because what will happen is that everything in the country will continue to get worse and eventually we will bleed to death.

“Sometimes in order for something to be reborn it needs to change. For the first time Greeks will be deciding on what we want our country to be and have a chance to reject austerity.”

The poignancy of the vote could hardly be clearer. In 1940, Italian fascist leader Benito Mussolini issued an ultimatum to Greece that it be allowed to occupy certain locations in the country or face war.

“History is written by those who defend dignity, justice and freedom and that’s what will happen in this referendum.” Georgious Papadimitriou

The Greeks issued a united response – Oxi – and every year Oxi Day is celebrated to commemorate the resistance to fascist occupation and protection of Greek dignity. At this crossroads in time, history remains close to the minds of today’s generation.

“We have to strive for dignity and the past should be our guide,” says Papadimtirou. “When the fascists wanted to enter the country, if the Greeks then had said yes then none of the potential killings would have happened but we made the stance and we are judged by history.

“History is written by those who defend dignity, justice and freedom, and that’s what will happen in this referendum.”

Picture courtesy of Aesthetics of Crisis