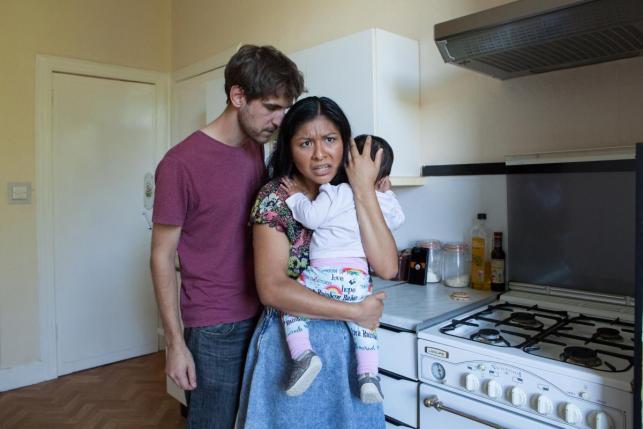 SCOTTISH WOMEN’S organisation Engender is calling on the Scottish Government to create a new standalone misogyny offence to help protect the safety of women in Scotland.

In a report published today [26 November], the feminist policy organisation demands that a new criminal offence for misogyny be considered to challenge what it has called “the epidemic of harassment and abuse facing women and girls” in Scotland.

Misogyny is the hatred of, contempt for, or prejudice against women and girls. Misogyny manifests in a variety of ways including sex discrimination, belittling of women and violence against women.

The report urges the Scottish Government to take into account the reality of women’s lives in Scotland, and draw on international expertise when developing the new criminal offence through a participatory process.

In 2017 the Scottish Government instructed Lord Bracadale to review the laws on hate crime and in May 2018 Lord Bracadale’s final report recommended a ‘gender hostility’ aggravation. During the review an advisory group was established that did not include representatives with any expertise of gendered violence and harassment, although Lord Bracadale did meet with women’s organisations, including Engender.

In September 2019 the Scottish Government’s Programme for Government committed to a Bill to consolidate and update Hate Crime legislation, following Lord Bracadale’s review.

Engender executive director Emma Ritch commented: “Misogynistic harassment harms individual women and restricts all women and girls’ capacity to participate fully in public life. We know from international examples where this has been tried that simply adding gender to a list of hate crime aggravations has only resulted in a handful of investigations and prosecutions of hate crimes targeted at women. This is not enough to tackle the egregious misogynistic abuse women, and girls face in schools, workplaces, online, and in public space – we need a new approach.”

Engender’s report found that three-quarters of women experiencing domestic abuse are targeted at work, with the perpetrators of domestic violence and stalking often use workplace resources – such as phones and emails – to threaten, harass or abuse their current or former partners. Also, more than half of women (52 per cent) have experienced sexual harassment in the workplace.

The Scottish Parliament’s Equality and Human Rights Committee received evidence from Girlguiding Scotland in 2017 as part of its investigation into prejudice-based bullying, indicating that “59 per cent of girls aged 13 to 21 state they had faced some form of sexual harassment at school or college in the past year” and describing “sexual harassment directed at female students by male members of teaching staff.”

The evidence also found that girls regularly felt their teachers could not understand sexual harassment, with 64 per cent of those aged 11 to 16 saying that teachers would often tell the girls to ignore sexual harassment, and more than half reporting that school staff would often dismiss this as “banter” or “boys mucking around”.

The Pew Research Center also reported in 2017 that over half (53 per cent) of women aged between 18 and 29 say that someone has sent them explicit images they did not ask for, while 83 per cent of women view online harassment as a significant problem.

In addition to a new offence for misogyny, Engender is calling for more and better data to be captured about misogyny in Scotland. Ritch added: “While we all know, from personally experiencing or witnessing it, that misogyny is rife in Scotland – both in terms of women being targeted because they are women, and the pervasive misogyny restricts the opportunities of all women. We need better reporting practices to ensure that this misogyny is reflected in the data we gather so that we can work towards a solution which will eradicate anti-woman hatred in Scotland.”

Responding to Lord Bracadale’s recommendation in May 2018 that a ‘gender hostility’ aggravation’ be included by adding gender and sex to the list of hate crimes, as opposed to creating a standalone misogyny offence, Engender’s new report argues that such an aggravation would not solve the problem of misogyny and may undermine existing legislation to tackle domestic abuse and other forms of violence against women.

READ MORE: Anonymous: My journey to speaking out on the rape and abuse my partner inflicted

Dr Marsha Scott, Chief Executive of Scottish Women’s Aid, said: “This offence would be a cornerstone of making our commitment to ending violence against women realisable, and it is time for us to be bold.

“Misogynistic abuse surrounds and supports domestic abuse and the attitudes about women and girls that allow violence against women to flourish in Scotland. Fresh thinking is needed to tackle this violation of women’s human rights. We are ready, along with women’s sector experts in our sister organisations, to work with officials for a serious exploration of a new offence, what it could mean, and how it would work.”

READ MORE: Scottish Women’s Aid: Domestic abuse is the number one reason why women and children are homeless

A Scottish Government spokesperson said: “Gender-based prejudice and misogyny are entirely unacceptable and there is a clear need for action to tackle it. We are considering the responses to a recent consultation to develop modernised hate crime legislation that is fit for 21st-century Scotland, with a Bill due to be introduced during this parliamentary session.”

The report is released during the 16 Days of Activism Against Gender-Based Violence international campaign to challenge violence against women and girls.