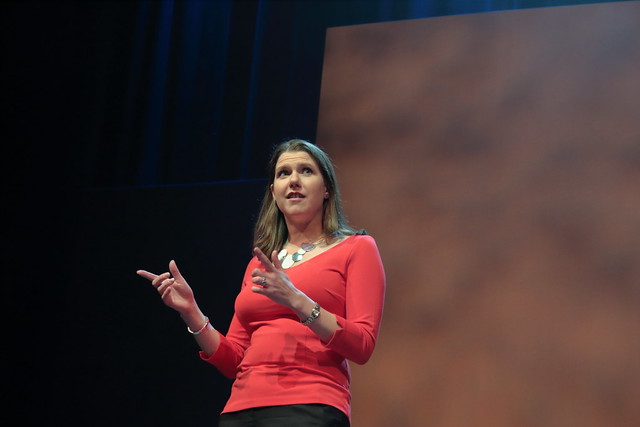 NEW Liberal Democrats leader Jo Swinson said that the Scottish independence referendum in 2014 was the start of “harsh, hostile” politics in the UK, after she was announced as the party’s new leader on Monday [22 July].

Swinson won comfortably with nearly 20,000 votes more than former Energy Secretary Ed Davey. She becomes the party’s first female leader, and in her victory speech she immediately reiterated the Lib Dems “stop Brexit” message, which propelled the party to their best ever local election and European election results earlier this year.

“I will do whatever it takes to stop Brexit,” the new leader said, adding that the party was “winning again” and that she saw herself as “a candidate for prime minister”.

“I am ready to take our party into a General Election and win it,” Swinson stated.

Turning to the culture of UK politics, the East Dunbartonshire MP, who regained her set in 2017 after losing it in the 2015 General Election to the SNP, said that she remembered “people had expressed their shock about the division and nastiness unleashes by the 2016 referendum, but sadly i had seen it before”.

She said the 2014 referendum campaign in Scotland “had heralded a new politics, but not in a good way”.

She cited a case of a brick going through a Lib Dem activist’s window and described a protest against BBC journalist Nick Robinson at BBC Scotland’s office as a “mob”.

“Twitter trolls, fake news, demonising journalists – we saw it in Scotland first,” Swinson said. “And since then, that harsh hostile politics has become the new normal.”

The new Lib Dem leader added that following the Leave vote she “just felt sick” when former UKIP leader Nigel Farage had said Britain had won its independence without a shot being fired, despite the murder of Labour MP Jo Cox just eight days earlier.

She attacked Donald Trump for his racist remarks towards four black and ethnic minority congresswomen, saying that the party’s aim under her leadership would be “to defeat nationalism and populism”.

Swinson, who as Employment Minister in the 2010-2015 Conservative-Liberal coalition government opposed legally enforceable gender quotas and was supportive of zero hour contacts, talked up her feminist credentials and said that the UK needed to tackle in-work poverty.

The new Lib Dem leader defended her party’s achievements, saying that they could be “proud” of their record in government. Speaking in June, Swinson told the Andrew Marr Show that she believed “in 2010, with the financial crisis that was unfolding, we did need to make cuts”, but said that the Bedroom Tax was a mistake.

On BBC Sunday Politics Scotland on Sunday [21 July], Swinson would not rule out a pro-People’s Vote coalition in Scotland with the SNP, citing a by-election in Wales where the Greens and Plaid Cymru had agreed to stand aside to give the Lib Dems the best chance of defeating the Tories in that seat.

Swinson ruled out being in a coalition government with a Jeremy Corbyn led Labour government, saying he was “not fit to govern”.

Asked whether she would accept if the pro-independence parties win a majority in the Scottish Parliament in 2021 on a indyref2 mandate that would give democratic legitimacy to a second independence referendum, she replied “that’s a hypothetical which I believe isn’t going to happen…let’s look at the facts about votes cast in recent elections where the SNP have made clear that they would like to have another referendum, they have lost votes and they have lost seats, in 2016 and in 2017.

“What most people in Scotland want is to have Scotland in the UK and the UK in the European Union, that is what the Liberal Democrats are fighting for.”

Pushed on why the leader of the Liberal Democrats can’t say if a party won an election should not be allowed to carry out their mandate, she replied: “You might find that strange, I’m going to continue arguing for what I believe in.”