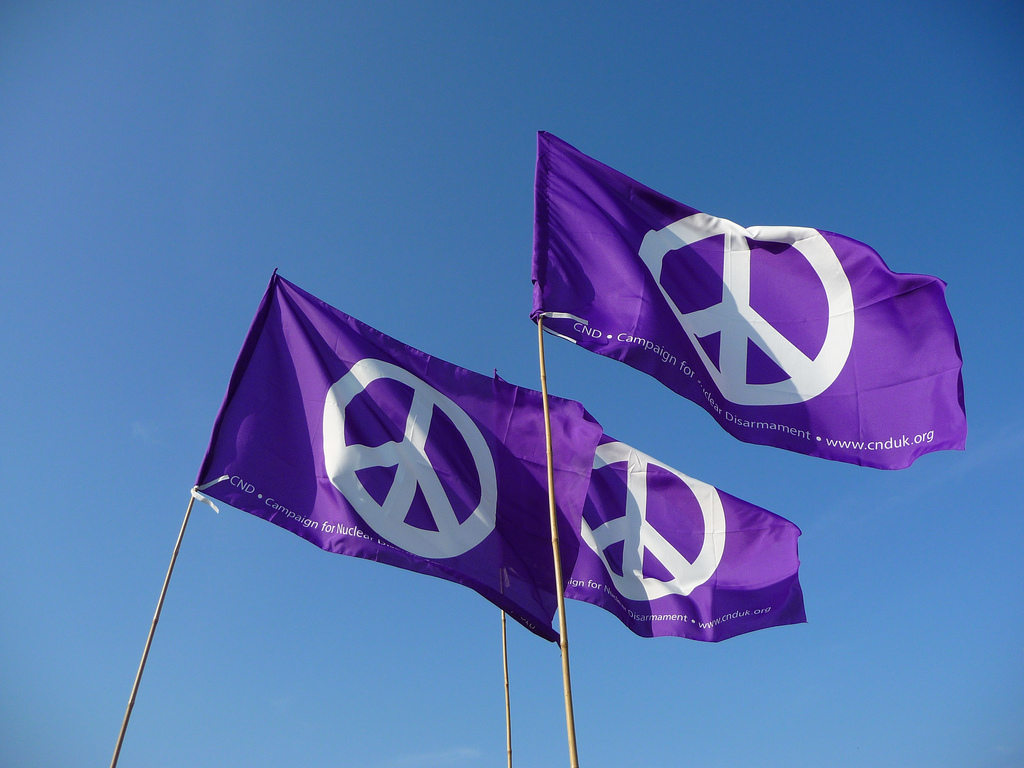 ONE of the Trident two has called for a mass mobilisation of Scots against Trident after being released from prison.

Angie Zelter, one half of the Trident two along with Brian Quail, was locked up for for 16 days on remand for refusing to abandon her right to protest as part of bail conditions.

The pair were arrested on 17 July for breach of the peace after they lay down on a road outside the Trident base at Coulport which services the main Trident base at Faslane on the Clyde.

“We need a statement now from the Scottish Government that says, if we were independent we’d sign this now, and even though we aren’t independent we are going to support it.” Angie Zelter

Yesterday (Thursday 27 July) the Trident two were released after the Procurator fiscal dropped a bail condition that stipulated they couldn’t protest within a hundred meters of the Trident bases.

Speaking to CommonSpace, Zelter said: “Maybe the fact that we got so much publicity meant that the Procurator Fiscal changes his mind.

“I think what it has shown is that many of us in the peace movement, we won’t be cowed by the threat of prison. And we do have principals there’s no way we could have signed those conditions which stopped us from peacefully protesting at the bases. 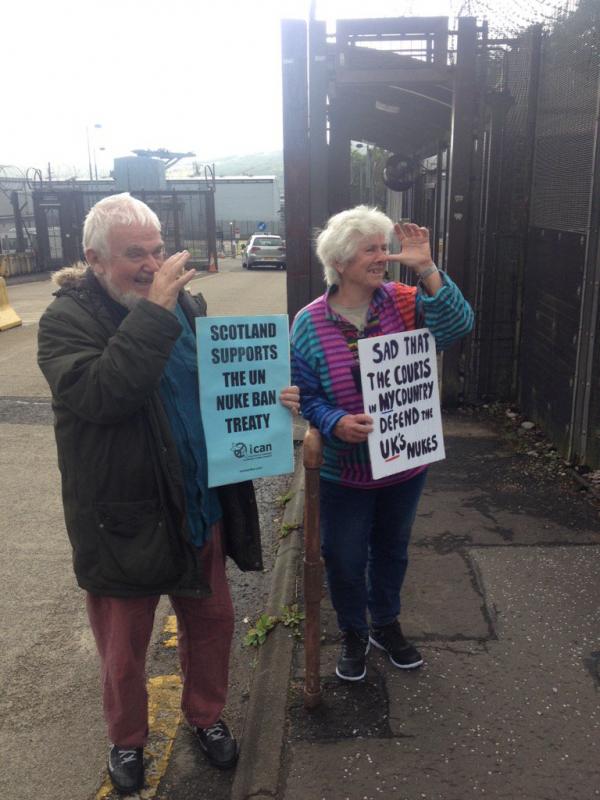 “To be put in a place where the police want you to protest is not what we consider free protest.”

The arrests came a ta sensitive time for the UK, which recently found itself isolated by a vote of 122 states at the UN for a treaty to ban nuclear weapons – placing them at the same international legal status as chemical and other weapons of mass destruction.

Zelter, who is a memeber of the peaceful protests group Trident Plougshares, said that Scotland could play in a “pivotal” role in opposition to nuclear weapons worldwide.

“The establishment just doesn’t get how important it is,” Zelter said.

“We know that civil resistance can change things.

“What we need now is thousands of Scottish people  who are against nuclear weapons to go to those bases and demonstrate and lie down in the roads and just keep the disruption up at such a level that the politicians have to really do something about it.”

The comments also come after the UK faced criticisms from the medical community, after the Medact group released a report calling on the UK to respect the UN ban.

CommonSpace contacted the Scottish Government for comment on Zelter’s call for it to signal it’s support for the ban, but they did not respond by time of publication.