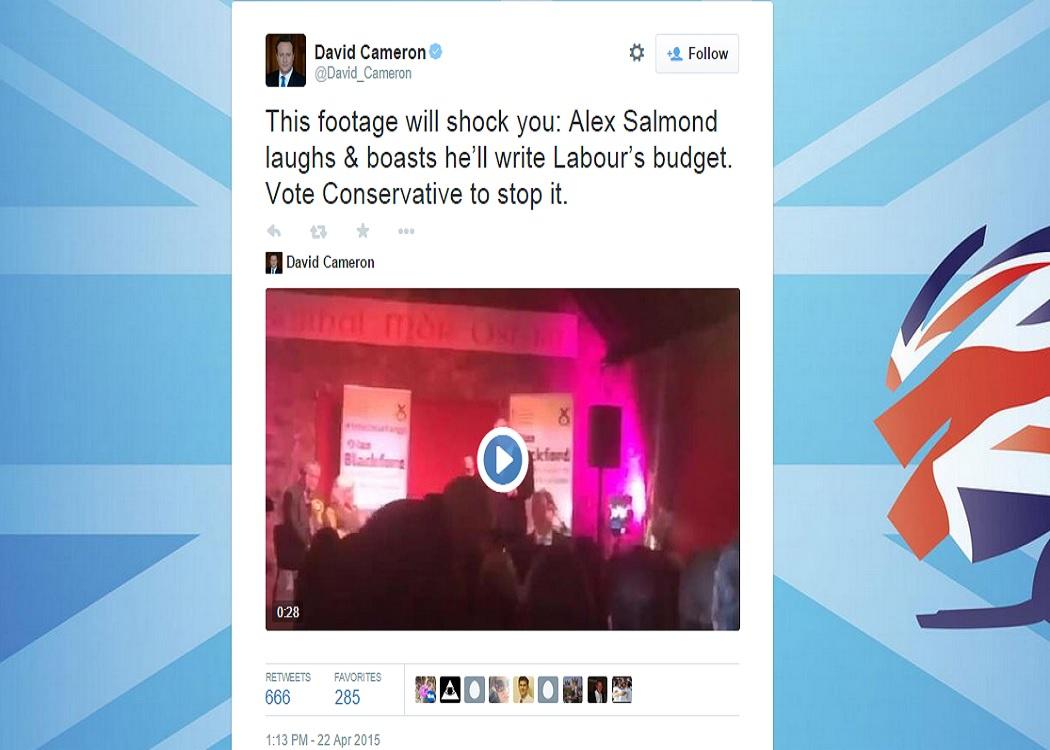 The latest from the dug

WHEN you have to explain a joke, the funny dies. Which makes this blog post an exposition of death.

Yesterday a wee joke made by Alicsammin a week or so back was examined from every possible angle. Inside, outside, upside down. It was held up to the window to see if it was transparently a joke and the massed ranks of the media metrocommentariat decided that it wasn’t.

Can you see through that with your London blinkers on? Oh no, this is a serious and deadly intervention in the General Election campaign, they chorused. Because the rest of the national campaign has been, let’s face it, pretty shite and they needed something – anything – to generate a bit of controversy and help spark some life into the Tories’ ailing bid for re-election.