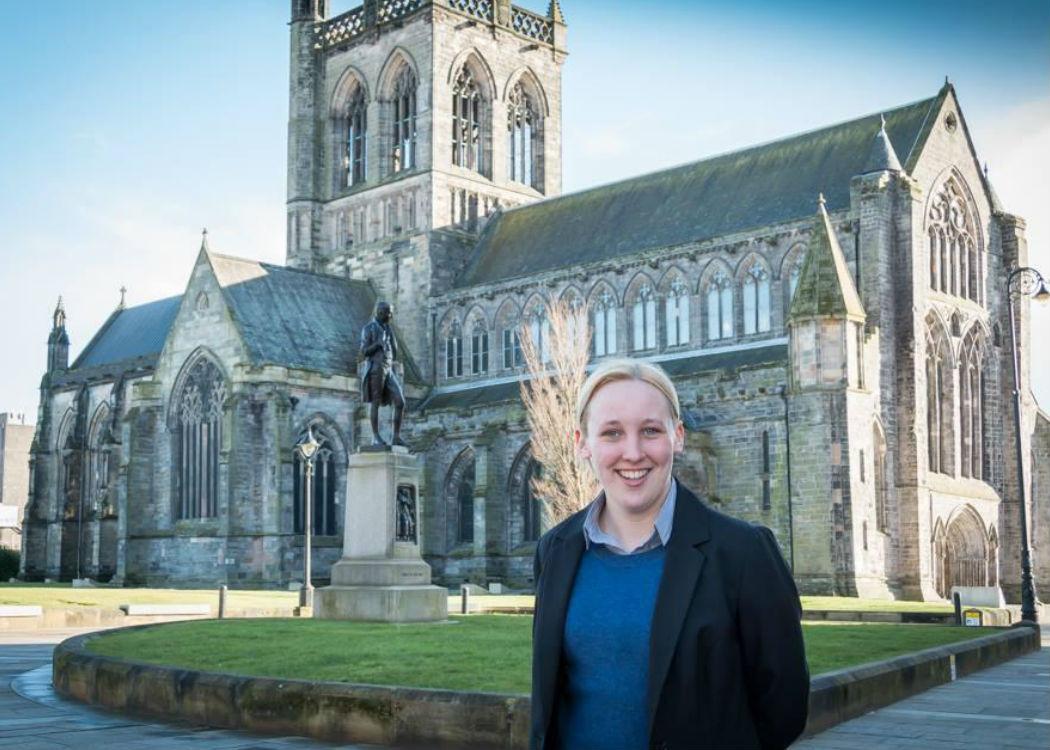 MHAIRI BLACK has called Westminster a “total boys club” and said some of its traditions are a “ridiculous waste of time”.

The 20-year-old became Westminster’s youngest MP for over 300 years when she overcame Douglas Alexander’s 16,000 vote lead to unseat the former cabinet minister.

The team of 56 SNP MPs have found that they have fallen foul of some Westminster traditions and practises.

They were rebuked by the Speaker of the House of Commons for clapping, while some also accused them of muscling in on seats on the opposition benches.

In an interview with the Paisley Daily Express, Black said that there is a “pompousness and arrogance” about Westminster and insisted the SNP are only seeking to sit in their rightful place as the third largest party. (Click here to read more).

“All the traditions are weird,” she laughed. “For example, you have to say ‘Here, Here’ and can’t clap. There is a real pompousness about the place and a real arrogance. It is a total boys’ club.

“It was said last week that I sat in the wrong seat. But we are the third largest party now, so it is basic housekeeping that we should sit where the Lib Dems used to sit – but Labour don’t seem happy with that.

“To get your seat you have to go in early in the morning and reserve it at 8am.

“They give you something called a prayer card, which is green, and you put it in a slot in your seat.

“Then the sniffer dogs and security go round and the staff put the green card ON your seat.

“There are four minutes of prayers before every sitting of parliament, so you have to be present for prayers and then move the green card back off your seat and into the slot!

“There is a place for tradition, and I understand that. But some of it is a ridiculous waste of time.

“The place is a museum and people treat it like a museum instead of a place of work.”

When elected, Black still had a final exam – Scottish Politics – to sit at the University of Glasgow. With that out the way, she’s looking forward to concentrating fully on her new role.

“It was good that I got to study for it in the House of Commons library. I did some rapid, intense study sessions,” she said.

“Before becoming an MP, I didn’t have a plan for what job I wanted to do. I have a habit of just falling in to things in life.

“For me, it’s all been like starting a new job and, having been down there for a fortnight, I can see how politicians become out of touch because it’s a bubble.

“There is a huge weight on my shoulders because people have put their trust in me. But that’s what I got in to politics for.

“The thing I have loved the most, so far, has been the great feeling between the 56 of us… nd that everybody is looking out for each other.”