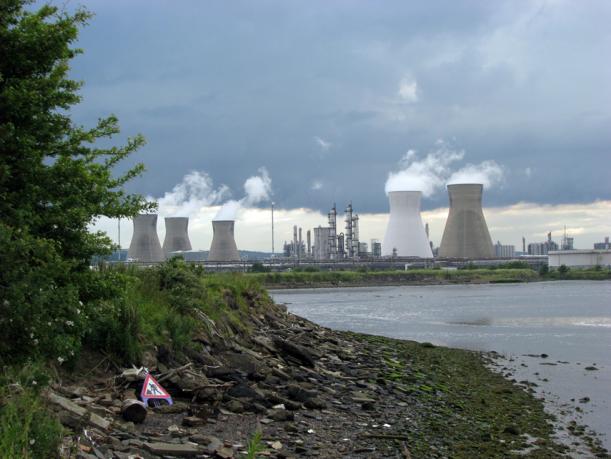 FOLLOWING news of the powers over devolved issues which would return from the EU to Westminster under the EU Withdrawal Bill, Friends of the Earth (FOE) Scotland and Nourish Scotland have described the potential environment consequences as “alarming” and “an affront”.

The Scottish Government detailed on Tuesday the 111 powers returning from the EU that intersect with powers devolved to the Scottish Parliament, and called for amendments to redress what has been described as a “power grab” by Westminster.

Friends of the Earth Scotland, an environmental campaigning charity, has raised concerns over the environmental powers which would be impacted by the bill, including air and water quality, flooding and recycling, onshore hydrocarbons licensing – including fracking – and fisheries.

Dr Richard Dixon, director of Friends of the Earth Scotland, said: “Devolution means that Scotland is already different from the rest of the UK.

“Devolution has been good for Scotland’s environment, we have higher ambition on renewable energy, on tackling climate change, on dealing with pollution in our cities and losing control in these areas would be a huge setback for efforts to meet these goals.”

“Any plan to move control of these areas to Westminster after Brexit is alarming, the whole point of devolution has been that relevant decisions would be made that suit the specific circumstances in Scotland.”

Dixon was particularly concerned by what this transfer of powers might mean for the potential of fracking to take place in Scotland. He said: “The apparent move to take back powers that have only just come to Scotland on fracking licensing is disturbing, since it comes from a UK Government which is desperately enthusiastic for this disastrous technique.

“There is huge opposition to fracking across Scotland, with over 60,000 people responding to a recent consultation, the vast majority calling for an outright ban. The Scottish Government must act swiftly to ban fracking before this most powerful route to stop the fracking industry is jeopardised by Brexit negotiations. ”

Nourish Scotland, which published a series of posts on the EU’s role in making positive steps in environmental and food rights protections, has also expressed concern over the return of EU powers in devolved areas to Westminster.

“We agree that in some policy areas, like agricultural support, it may make sense to have cross-UK collaboration – but any deals must be negotiated and agreed in line with the values and priorities of the Scotland Parliament representing the people of Scotland.

“The Scottish Government has committed to consulting on a Good Food Nation Bill – we have an opportunity to be a European leader on a fair food system and the ambition to be a world leader in green farming. Losing powers to Westminster could undermine this vision.”

Friends of the Earth Scotland and Nourish Scotland join a number of organisations which have pointed to concerns around the potentially adverse impact of the EU Withdrawal Bill on the environment.

Last week, the Environmental Policy Forum (EPF), a consortium of seven professional bodies in the environmental sector said that the bill was “inadequate” to ensure that environmental protections introduced in EU law would be upheld.

Calling for a number of key changes to the EU Withdrawal Bill, EPF also said that devolved administrations must not be limited by the bill in their ability to lead on environmental progress.