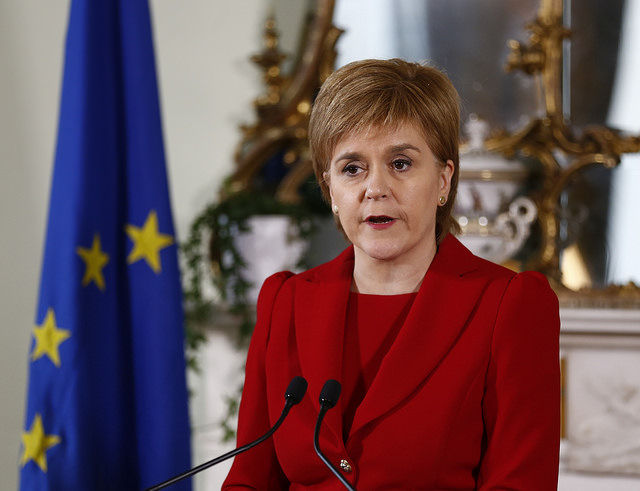 THE CONTROVERSY over potential Westminster centralisation of power has been sharpened by the publication of plans for a Brexit bill that lacks plans for the transfer of powers to devolved administrations.

The SNP were joined by Welsh First Minister Carwyn Jones in voicing protest at the so called ‘Great Repeal Bill’, which will transfer EU legislation into UK legislation so it can be altered at a nation state level.

The draft legislation was published yesterday (13 July), suddenly and, opposition parties say, without the necessary room for debate.

During the 2016 EU referendum, the eventually victorious Leave campaign led by senior Tories, repeatedly promised that Scotland would gain more power over areas including fisheries, agriculture, and some energy and renewables policy.

Responding to the content of the bill leader of the SNP’s Westminster group Ian Blackford MP said: “The Bill does nothing to protect the interests of Scotland and the other devolved administrations – and is final confirmation of a Westminster power grab.

He added: “Once again, David Mundell has shown himself to be the Cabinet’s man in Scotland, rather than Scotland’s man in the Cabinet.

“Mr Mundell’s description of the bill as a powers ‘bonanza’ is quite frankly ludicrous –  this is a Westminster power grab laid bare, and his attempts to defend the indefensible do him no credit.

Fears were also raised over the extension of minister’s powers to amend the law without consulting parliament.

The so called Henry VIII powers could allow ministers to even establish whole new government agencies and regulatory bodies without reference to MPs.

Mundell said that the bill was “transitional” and that new powers could be transferred to Holyrood after Brexit had been carried out.

Before the Scottish election, Professor Michael Keating told CommonSpace that growing Tory power could mean the loss of power for the Scottish Parliament.