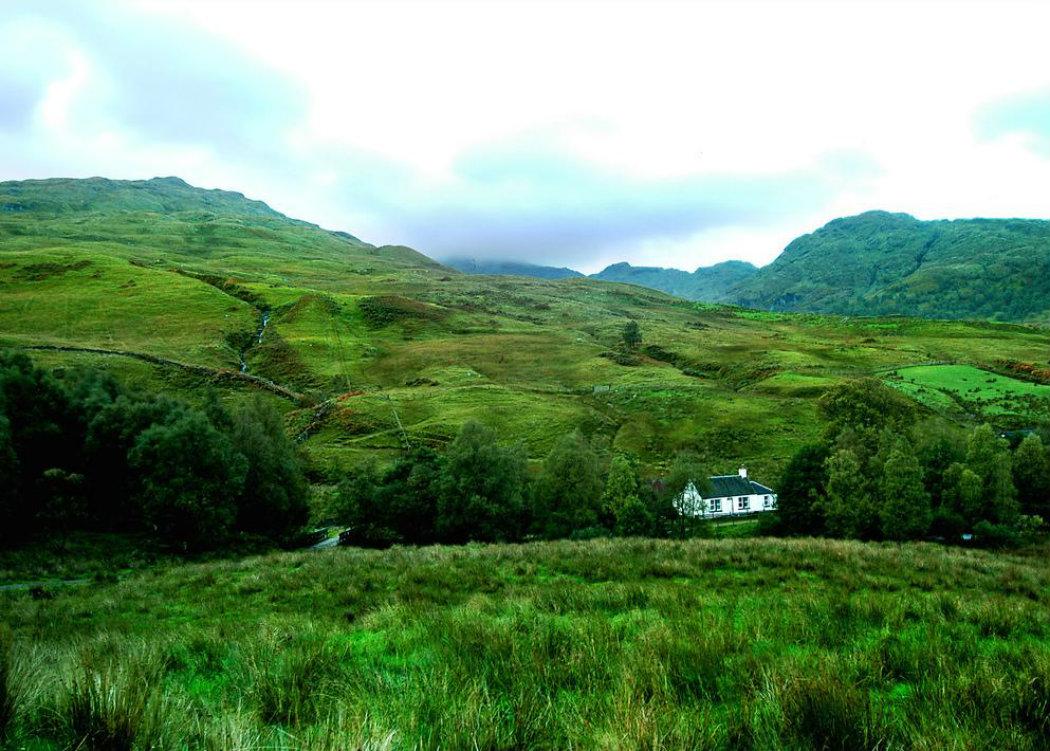 THREE FAMILIES near Haddington, East Lothian, face the prospect of being removed from their homes as their occupancy rights are left to expire in the coming months.

Andrew Stoddart, who has farmed Colstoun Mains for 22 years, expects to be forced from the estate along with four adults and seven children due to the land owner and the legal constraints of limited partnership tenancies.

Stoddart, speaking to CommonSpace, expressed his frustration at the slow pace of land reform in Scotland and called for greater efforts to be made by the Scottish Government.

“The landowner keeps saying it’s a business decision. It’s not. It’s our home. We’ve got nowhere to go. We have two men who will be employed until November. They’re trying to get council houses. We’re stuck basically climbing the walls and going crazy,” he said.

“I’m 52. I’ve been here 22 years – the best years of my life. It’s a horrible feeling. Now you know how the fox feels when the master releases the hounds. It’s like being a hunted animal.”

“The landowner keeps saying it’s a business decision. It’s not. It’s our home. We’ve got nowhere to go.” Andrew Stoddart

The decision to refuse a lease extension – which follows a legal dispute with land owners Colstoun Trust – means two farm staff and their families will also be forced to leave and find new schools and accommodation.

“They haven’t been allocated one [new homes], so they don’t know. It could be anywhere. At the moment they have a nice house in the country. They could end up stuck anywhere, miles away from their local school and their friends,” he said.

Stoddart fought a 10-year legal challenge for a review of his rent, which resulted in a 20 per cent reduction in rental costs.

He believes he is being forced from the farm so the factor and owner can make a higher profit.

Provost Ludociv Broun-Lindsay, a Conservative on East Lothian Council, was listed as the owner of the Colstoun Mains in the council’s register of interests.

He is also listed as having a “life rental” with Colstoun Trust.

“The landlord basically wants it back. For a number of reasons – the biggest is so that they can claim the subsidy themselves,” Stoddart claims.

During his 22-year period living on the estate, Stoddart has made a variety of improvements to the land, including building a grain store and drying system worth over half a million pounds.

However, no compensation will necessarily be granted for this work and limited tenant rights means Stoddart has few legal avenues available.

“It’s bad enough to be put out of your farm but to lose that amount of money is shocking. Landlords shouldn’t be able to do this in this day and age. It’s the kind of thing that went on 100 years ago,” Stoddart said.

The Scottish Government has published a draft Land Reform Bill which aims to establish a Scottish Land Commission alongside proposals to tackle Scotland’s archaic land system.

More substantial proposals – such as giving tenants the right to buy – were removed from the bill.

“A modern landowning system would see power dispersed to individuals and communities so that they can have security and prosper – whether that’s through secure tenures or right to buy.” Jen Stout, Scottish Land Action Movement

“The Land Reform Bill looks like a totally wet lettuce, a total waste of time. They need to grow a pair of balls. Land reformers need to get onto their MSPs and get it sorted out,” Stoddart added.

Provost Broun-Lindsay and Francis Ogilvy, who is the factor of Colstoun Mains, did not respond to requests for comment.

Jen Stout of the Scottish Land Action Movement addressed the case in The National newspaper .

She wrote: “I think we can imagine a genuinely “modern” face of land ownership. I don’t think it would look like one family owning vast swathes of land. It would not look like a privileged individual protected by the might of the legal and fiscal systems, able to remove tenants at will – tenants who belong to the land as much as the “owners” do..

“There is nothing modern about what we have now. A modern landowning system would see power dispersed to individuals and communities so that they can have security and prosper – whether that’s through secure tenures or right to buy. Crofters enjoy these protections – but had to fight for them.”

The Rural Affairs Committee of the Scottish Parliament will begin scrutiny of the Land Reform Bill in September.