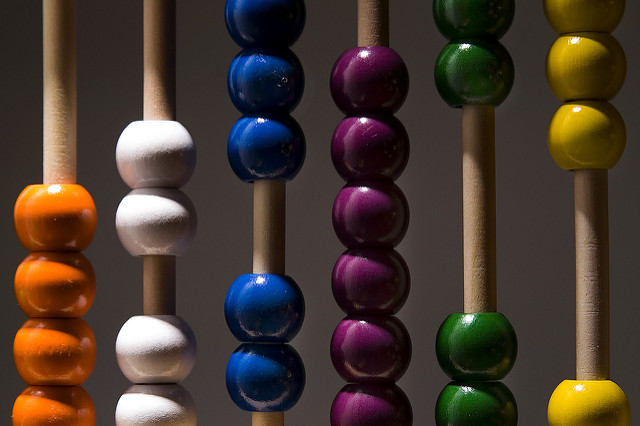 CommonSpace speaks to a social researcher who is a part of a UK-wide effort to make statistics work for people, not politics

Whether considering employment, housing, health, education, income, poverty, or a whole host of other issues affecting our everyday lives, statistics play a vital role in understanding them. But is the potential of data to inform policy which makes a positive difference to people’s lives being realised?

The members of the Radical Statistics Group, commonly known as RadStats, say the answer is a resounding ‘no’, which is why they’re seeking to make social research accessible and challenge the status quo.

First established in 1975, RadStats is concerned by what it describes as the “mystifying use of technical language to disguise social problems as technical ones”; by the lack of community control over the aim, methods and use of statistical investigations; by the power structures within the social research field; and by a failure to make connections between social problems resulting from fragmented specialist fields.

The separation of interconnected areas of social research can serve to disguise the underlying issues.

Speaking to CommonSpace in advance of the RadStats annual conference taking place in London later this month, Glasgow-based RadStats member and social policy researcher Roger Cook said the current shortcomings in official statistics are no accident.

Cook, who currently evaluates labour force and Scottish Index of Multiple Deprivation data for six organisations, said he believes there is “a deliberate attempt to push a political agenda” through the use of official statistics.

“Social statistics is difficult to do well when you have no desire to do it badly, but how it has been used by the right is dire,” he added.

One example of this, he said, was the separation of interconnected areas of social research which can serve to disguise the underlying issues.

He explained: “For example, with housing and health – you can treat them as separate, but in reality a lot of health problems are connected to housing.

“And in analysis around poverty, often lack of income isn’t looked at. You can’t separate these but there is a tendency in the presentation of social policy to carve out large parts of the picture.

“The thing with RadStats is that we take account of the connections between housing, health, income, gendered systems, ethnicity – not everything is taken into account all the time, but we understand that these are connected.”

“They try to hide a lot of value-driven judgements behind a wall of mathematics.” Roger Cook, RadStats

Another issue, Cook said, was that in some fields, there is an insistence that people use the same methods of interpretation, and a tendency to “hide simple ideas behind very complex language”.

He stressed that “these things aren’t done by accident” and that there was “a desire to use complexity as a barrier to comprehension”.

Describing economics as “the worst offender” for this, he added: “The issue is that as a profession [economists] have become very model – and maths – focussed.  So they insist that unless you approach their work in their way then you have no understanding.

“This has been criticised a lot, but the economics mainstream is incredibly defensive about this. The result is they try to hide a lot of what are value-driven judgements behind a wall of mathematics.

“It’s not that the judgements are always wrong or flawed but the presentation by the profession removes any scope for debate by those outside (at least in their eyes).”

RadStats, on the other hand, believes that everyone should be able to understand social and economic policy because of its impact on people’s lives. While the collective brings together people from various academic disciplines which draw on social statistics, Cook explained that its aim was to provide a resource which anyone can use.

“You can’t discuss some things in this field without academic language, but you can keep it a minimum,” he argued. “Most of this can be explained in a way that most people can understand without any problems.”

“There is a need for a Scottish statistics agency”. Roger Cook, RadStats

He continued: “What RadStats does well is that the material it produces is meant to be accessible and can be used by radical movements, pressure groups and charities in their own work.”

Rather than improving, Cook argued that official statistics are worsening due to a reduction in the level of data being published. “The UK Government and to a lesser extent the Scottish Government have cut out 50 per cent of datasets on social statistics,” he said.

The problem with this, he explained, is that “there’s a grave danger of emphasising what you’re seeing and not what you’re not seeing”.

The left-wing think tank Common Weal published a report on Tuesday advocating for a Scottish statistics agency to address some of these issues, on the basis that better data can produce better policy – and better evaluations of that policy.

Cook agreed that there was “a need for a Scottish statistics agency”, stating: “The Scottish Government has done its best to try to maintain some data series that the UK Government has abandoned, and many of the UK surveys now have such a small sample that it’s hard to analyse purely at the Scottish level.

“As an example, about 10 years back the main survey on employment (the Labour Force Survey) had a Scottish sample of around 10,000 people (so you could say useful things based on sub-divisions by geography, age, gender, etc.).

Worryingly, Cook suggested, there may be ulterior motives behind the UK Government’s decision to cut back on such datasets. “I suspect there are two reasons for this – austerity, because let’s face it, if you need to make cuts, it’s easy to cut statistics, and, terrifyingly, a lack of interest from the government,” he said.

RadStats’ upcoming conference on 24 February will explore the issue of ‘21st Century Inequality in the UK’, which Cook explained was motivated by a “desire to go back to the very simple idea that inequality has consequences”.

Catalysed by the Grenfell fire, Cook explained that the conference would have a strong focus on housing and inequality, while speakers will also discuss a range of other topics including citizen’s wealth funds, violence against women, and the link between stillbirth rates and inequality.

Find out more – and, if you happen to be visiting London, register for the conference – at the RadStats website.