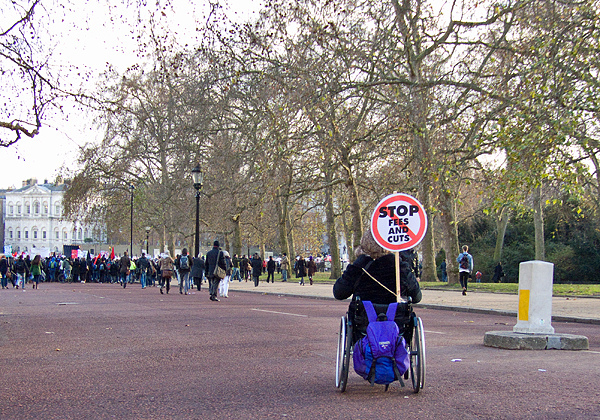 THE Joseph Rowntree Foundation has published a new report on child poverty in Scotland. It comes the day after the Scottish Government’s annual welfare reform analysis, which found UK Government welfare changes, most importantly the roll-out of Universal Credit, was driving a sharp rise in poverty in Scotland.

JRF’s report goes into more detailed analysis about the structure and trajectory of child poverty in Scotland, in particular highlighting the role of disability and gender. CommonSpace has broken down four of the key findings from that report.

Child poverty has been on the rise in Scotland over the past few years, but is projected to start rising even quicker over the next few years. It is likely to end up higher than it was in 1997, when the Tories 18 years in power ended with the election of a Labour Government. Nearly two decades of progress in tackling child poverty is being rolled back in less than half that time – and JRF is clear that it is driven by austerity policies, especially welfare reform. 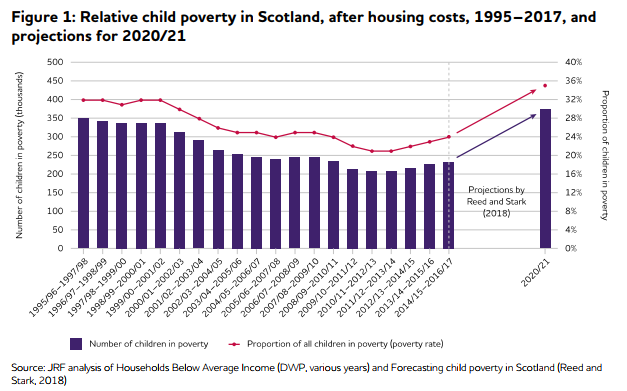 Ninety-thousand children in poverty (two in five) are in families where there is a disability and/or ill health. This is slightly larger than the number of children in poverty with unemployed parents (85,000), though of course the two groups cross over.

Reduction in unemployment among people with a disability has been far slower than within the population in general, and therefore tackling the barriers to work for this community requires a major policy intervention as what has been done up to now has not been working. The Scottish Government’s new plans to halve the disability employment gap are therefore crucial.

With the unemployment rate falling to 40 year lows, the major problem in terms of work and child poverty is no longer parents out of work – it is that work is no longer a guaranteed route to get your child out of poverty, despite everything the Tories claim. 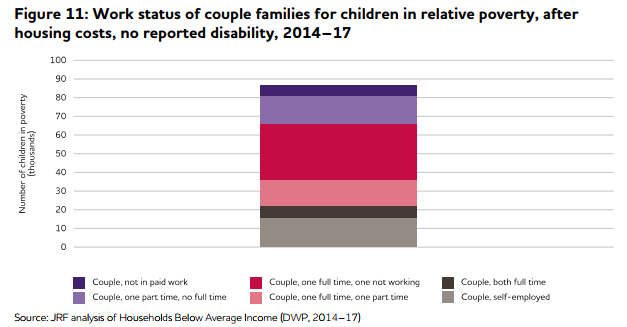 Gender remains a major factor, as the child poverty rate rises quickly when mothers are out of work, where not only are they not generating an income but they are also paying the costs of childcare. Close to 60 per cent of couples and 40 per cent of single parents in this group have children under the age of three, showing the extent to which childcare costs are a driver of child poverty.

The time spent out of work after having a child also has a lasting impact in terms of the gender pay gap. It also leads to parents being more likely to work part-time once they do enter the labour market, which tends to be lower paid.

The Scottish Government’s plans for all children aged 3-4 to get 30 hours of free childcare by 2020 can hopefully help tackle this problem, while JRF describe an upcoming government strategy announcement to close the gender pay gap as a potential “gamechanger”. They argue that new policy work has to be developed in Scotland – on how to make part-time and flexible jobs of sufficient quality and security that they keep parents income above the poverty line.