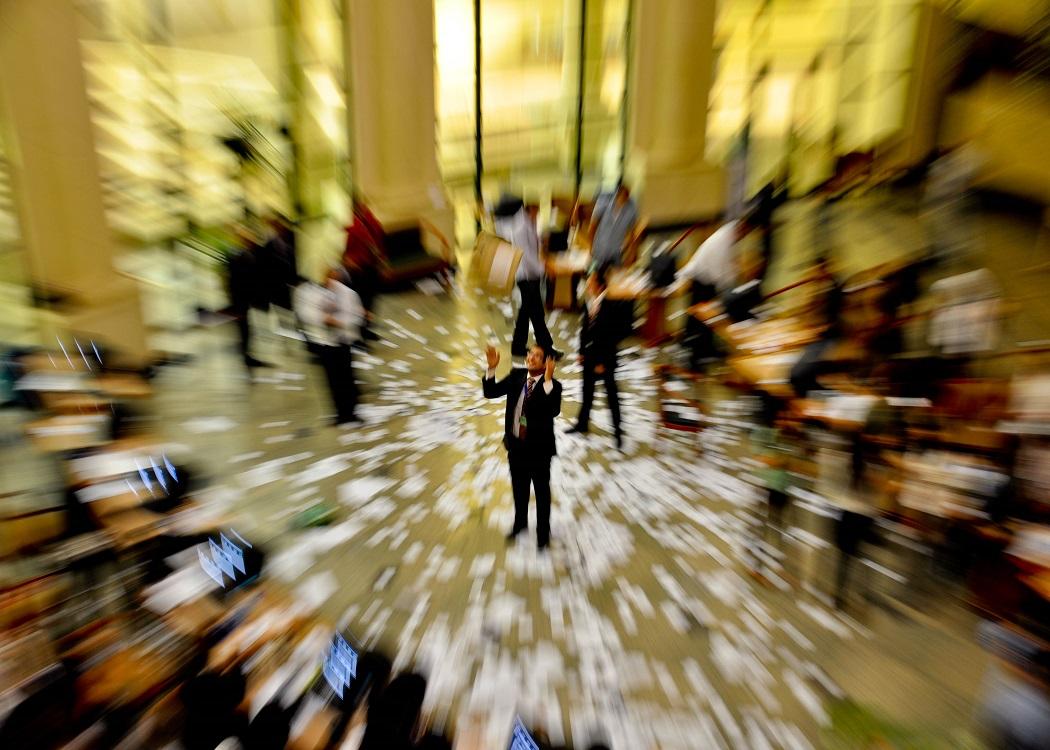 What is the Asian crisis? Why is it happening and how did it start?

The short answer here is that a bubble in the Chinese stock market – with share prices rising 150 per cent in the year to mid-July – has now burst in spectacular style.

The Chinese Government has been desperately intervening to prop share prices up, directly buying at least $485bn of shares and banning trading in some company shares. This has not worked; effectively, speculators don’t believe that the government will be able to stop the bubble bursting.

The bubble was created, alongside a much bigger bubble in property, after the 2008 crash. The Chinese Government response to the crisis then was to let borrowing rip, creating money on a huge scale and allowing all sorts of financial institutions, including local governments, the opportunity to borrow on a huge scale.

The economy has grown, but, like the US and the UK before the 2007-8 crisis, it has been debt-fuelled growth. That has meant, in practice, the inflation of extraordinary bubbles in property, and now shares.

These bubbles, while they lasted, did help stimulate economic activity: by 2011, China was building the equivalent of a city the size of Rome every fortnight. That meant jobs in construction and demand for concrete and steel, for instance. But now China has ‘ghost cities’: whole towns built speculatively that now stand empty.

This looks like a classic crisis of ‘overinvestment’: too much investment (particularly in a few sectors, like property) relative to the amount of subsequent production the market can actually absorb in sales.

The outcome, if left to a market process, would be massive redundancies and bankruptcies as the market ‘corrected’ itself. But the government will intervene before then, as it has done since 2008, and will intervene in the future – most likely trying to make borrowing easier still.

How bad is this? What are the best and worst case scenarios?

The best case scenario is that the Chinese authorities get a grip on the stock market collapse, with prices no longer falling and panic no longer spreading.
They can then attempt to swing, as the most recent five-year plan says they will continue to do, the whole economy from high investment/high exports to one in which domestic consumption by households is far more important.

And China’s huge $3.7tr foreign exchange reserves reassure the rest of the world that everything is under control. That’s the ideal case.

The worst case, plausibly, is that despite interventions by the state, the collapse continues. Stock markets plummet, the property bubble collapses rapidly, tens of millions of Chinese are unable to repay their debts and default whilst major companies go bankrupt.

Stock markets in the rest of the world follow suit, with companies exposed to China hit hardest. Western banks, having loaned massively to China over the last few years, find themselves confronted by a huge number of non-paying customers, and face collapse – the UK has the largest single exposure to Chinese debt of any Western country as a result of bank lending.

China’s collapsing domestic market pulls the rest of East Asia, who export massively to China, into a deep recession. And the response of the rest of the world to China’s currency devaluation is to devalue their own currencies, sparking a ‘currency war’ and creating a 1930s-style race to the bottom.

We’re presently closer to the worst case, unfortunately. It is not clear that further interventions by the Chinese authorities will be able to stop the collapse.

Another round of credit creation, if large enough, may be able to stop things disintegrating for now. But they – like authorities across the world – are running out of options.

How will it impact people’s ordinary lives, what does it mean for average joe and jane?

We’re still at the stage of ‘it depends’. Very few Chinese citizens own shares, even indirectly through pension funds – only about nine per cent – but they tend to come from the wealthier end of society, as you might expect.

They’ve been hit hard and are starting to protest – the Chinese authorities had been talking up shares as a good investment, fuelling the bubble, and people were taken in by this, so they’re pretty understandably irate.

That’s politically destabilising for the government and the failed interventions give the impression of them losing control – an impression reinforced by the explosion at Tianjin.

They will need to intervene decisively, and soon, to prevent the situation unravelling. Most likely they will try and make borrowing even easier, perhaps by easing off the restrictions on the amounts banks can lend, but they also might try more dramatic measures – closing stock exchanges entirely, for example.

For those of us here, it remains to be seen how far this can affect anyone. Britain’s direct trade with China is limited – it accounts for four per cent of the UK’s exports – but indirectly, as above, we have some substantial exposures.
And if it really does turn into a full-blown crisis, it’s hard to see the world economy as a whole avoiding a recession. China has accounted for half the world’s growth since 2008.

How much is this about China – isn’t China doing really well in terms of development?

China has had an extraordinary three decades of development – average has been 10 per cent a year. It motored through the 2007-8 crisis and subsequent recession, thanks largely to the extraordinary intervention by the authorities.

But the difficulty it faces now is sometimes called the ‘middle income trap’. It’s difficult for economies to develop past a point in which the export-led growth model no longer functions – they need to create a large domestic market for capitalism to continue performing well.

But that means switching from concentrating on low-cost, cheap-labour production to output with higher value-added so that higher wages can be sustained by individual firms, and these higher wages in turn sustain a big domestic market.
It looks as though China has attempted to ease this transition through the use of credit creation – loans being made on a far larger scale than before, which is a classic neoliberal response to a problem of weak demand.

The UK and the US did something similar. A squeeze on earnings, relative to growth, since the early 1980s was compensated for by creating more and more borrowing. Of course, if earnings are squeezed but borrowing is rising, eventually a crisis must appear since loans must be repaid. This is what led us to the crash of 2007-8.

At the same time, China is concerned to ‘liberalise’ its economy still further. Foreign capital investment has been strictly controlled and key parts of the economy remain in state hands – this was never a pure neoliberal model.

The belief is that by opening up markets further, the process of competition will enable more efficient production to take place and allow wages to increase.

So the Chinese economy, and Chinese people’s lives, have been absolutely transformed in a few decades, as the poverty figures suggest. Continuing that transformation into the future will be a hard process. We are seeing the emergence of one of those difficulties now.

Why is this happening now? Why didn’t the Asian economies hit rock bottom with the rest of the world back in 2008?

The bubbles were always going to burst at some point. There is no such thing as a never-ending bubble; eventually, too many people realise that the Emperor has no clothes, and look to pull out of the market.

By doing so, they help crash prices, ending the bubble – it’s self-confirming. So at some point it would collapse.

In the case of China, the property bubble has been more carefully deflated but it looks as though a stock market bubble was inflated to compensate. This is not so unusual – when the US dot.com bubble collapsed in 2000-2001, the Federal Reserve (America’s central bank, like the Bank of England) effectively created another bubble in property compensate.

This worked until the crash of 2007-8. So there’s nothing unusual in how the authorities are acting – it’s a classic neoliberal response to a crisis.

What carried Asia through, somewhat, in 2008 and into the recession was precisely the willingness of the Chinese authorities to intervene. China’s a huge export market for East Asia, and beyond – one reason why Australia, for instance, was so little affected by the global recession was that it could carry on selling raw materials to China.

If China goes, East Asia going too would be a reasonable expectation.