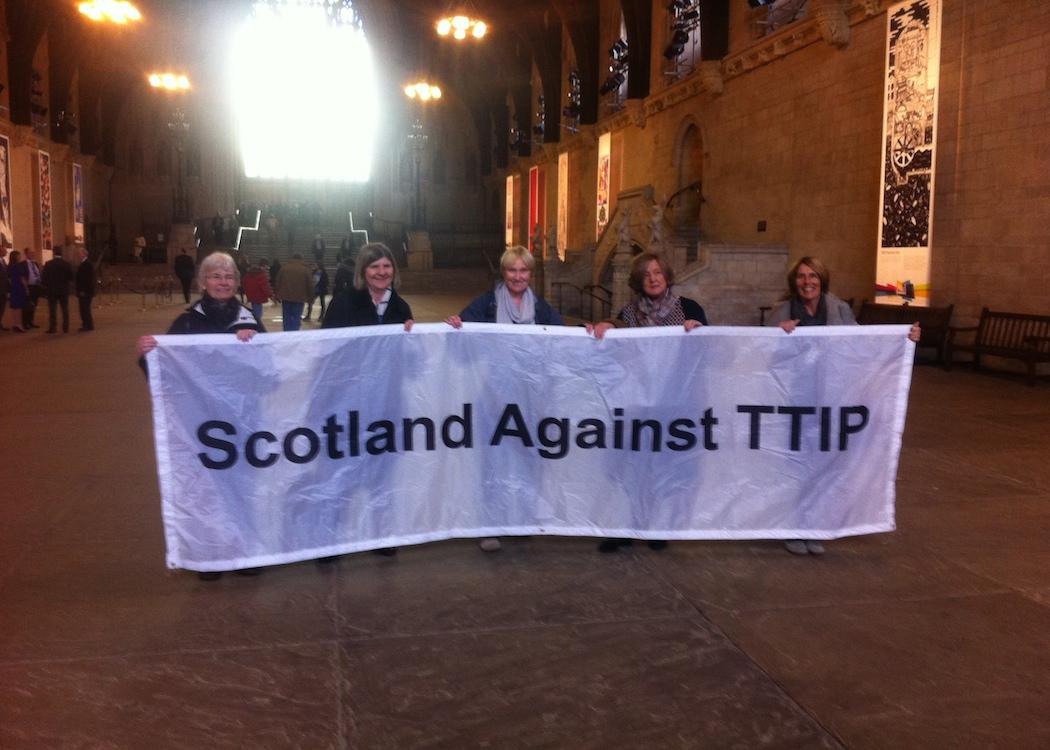 Jean Kemp, Women for Independence activists and the police got more than they bargained for at the Palace of Westminster

EIGHTEEN activists travelled from Scotland to Westminster in a campaign against the Transatlantic Trade and Investment Partnership, which opponents describe as a corporate power grab.

CommonSpace has been following the group’s efforts and interviewing its members.

After meeting with members of parliament, part of the group decided to get a photo to remember the day in the historic Westminster main hall.

However, just as they had folded the banner away armed police officers arrived.

The officer told the group that unveiling a political banner in the palace was not allowed and it would have to be confiscated.

The policing of protest in London has been a serious point of controversy due to the ‘kettling’ of protestors and aggressive tactics by the London Metropolitan Police.

Thankfully in this case Jean Kemp, one of the lead organisers in the Scottish delegation, easily diffused any tension.

Quickly changing the subject away from any impending arrest, she asked: “Have you heard of the Transatlantic Trade and Investment Partnership? We wouldn’t want to see any privatisation of the police.”

Officer SO 2716 declined to speak to CommonSpace further about the incident, claiming he could be sacked for discussing the prevention of political protest in the Palace of Westminster.