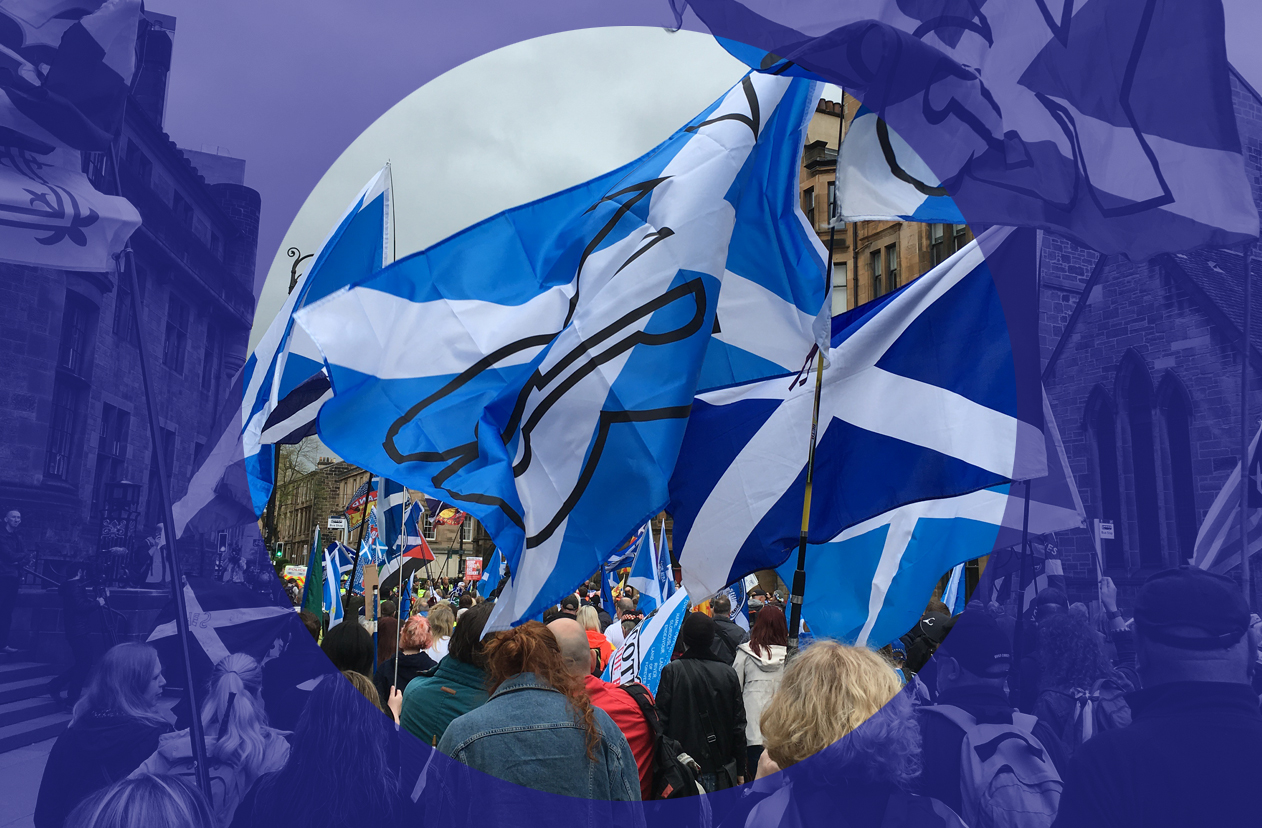 THERE are those who say politics should never be discussed during a time of national crisis.

It is an opinion based on a very particular ideological view of modern societies as organic communities reflecting common interests. When emergency measures are introduced, as today, they represent not particular interests but general interests, to which petty questions and disputes must give way. This is the belief of Keir Starmer; it has informed his approach as head of the official opposition, and he has made no secret of it.

It also appears to be the view adopted by First Minister Nicola Sturgeon, who like Starmer has said she will not criticise or diverge from the UK programme of response to Coronavirus ‘for its own sake’.

The fear of being seen to press partisan demands at such a time raises many questions about the health of our democracy, but one most sharply for supporters of Scottish independence. In such a crisis, amid so much political paralysis, and with a political orientation which has stressed stability and respectability, is there an SNP independence strategy following from the 2021 election?

A tale of two crises

Instructive in this regard may be the distance between the Brexit crisis and the present, pandemic crisis.

With Brexit, the SNP leadership took the view that, rather than seek advantage by moving on independence during the crisis, respectability would instead be garnered by pressing for a second referendum to secure Britain and Scotland’s place in the European Union.

It was a controversial approach, but a subsidiary case could be made, and was made by party leaders; Brexit had proved beyond doubt that Scotland did not have an equal voice in the union ‘family of nations’. The Scottish Government, and its pleas to maintain ties with the EU, had been blithely ignored. This contrasted with Northern Ireland, where special conditions meant a range of significant concessions.

Now we are in a far greater crisis. The pandemic itself is a massive and tragic shock to social life. But even after the worst of the contagion has passed and lockdown and social distancing measures have receded (and we do not know when this will be, or if and with what aggression the virus will return) the legacy will be a series of secondary crises – economic, social and geopolitical. Both Scottish and British society, along with the world scene in general, will likely be less stable and more fraught in coming years, and this is before we come to grips with the possibility – still argued over by scientists and commentators – that we may have entered a pandemic era which will require constant vigilance against the threat of future outbreaks.

The subsidiary case made for Brexit – the democratic deficit – cannot be advanced in the case of Coronavirus. Sturgeon and the Scottish Government hopped aboard the UK Government (and Labour) strategy, with a few minor differences. It cannot be said that Scotland had the disastrous approach, which has fostered the highest death toll in Europe, foisted upon it from Westminster.

Following the evidence from the Brexit crisis, one could deduce that there is little chance of the SNP turning the 2021 election into a drive for independence. Polling finding that the SNP are currently projected to take 54 per cent of first preference voters and 45 per cent of regional voters in next year’s election is remarkable, even in an era where sitting governments have experienced a bounce in popular support from the mood of social solidarity. But as we know years on from the 2016 Scottish elections and the Brexit crisis, this does not automatically translate into an independence push.

There was once, in a simpler time, a long-running argument in nationalist circles over whether an economic downswing would be the occasion for an independence push, or a time to avoid such a confrontation. On the one hand, an economic crisis might animate the social tensions that made a populist case viable; on the other, it might scare-off more cautious voters who didn’t want to pile a constitutional break onto economic turmoil.

This was a framing that took for granted the limited chaos of the traditional business cycle. Now this is a dilemma blown-up to a universal scale – the global system has suffered a potentially mortal collapse twice in a decade (a rate of major crisis unique in modern industrial society), the paradigm of globalisation and liberal market order is under historic strain (not least in the EU), and the danger of ecological collapse, running a surreal dress rehersal today, looms ever larger in the public imagination.

This all amounts to a new and challenging question. Is the independence cause one for an era of crisis, or is it one for an era of stability, such as the time of Sturgeon’s political apprenticeship in the 1990s, which seems a remote world today?

In fact, this is a question as old as the modern independence movement. Though largely internationally ignored as a quirk of an eccentric and parochial people, the independence question pointed, from around 2013, to the ‘populist’ developments and personalities, from Corbyn and Brexit to Sanders and Trump, which would eventually engulf the UK and US. The independence movement was as much a consequence of the 2008 financial crisis as it was 2011 SNP Scottish election victory.

It returns us to an unsettled point of analysis: is independence a movement, made up of human beings struggling to make sense of a chaotic and unequal world, or is it a national destiny as old as the act of union and sure to be settled some day, almost regardless of human activity?

For those who believe it is a movement born of modern circumstances, a time of crisis, no matter how acute, cannot be cause for halt.