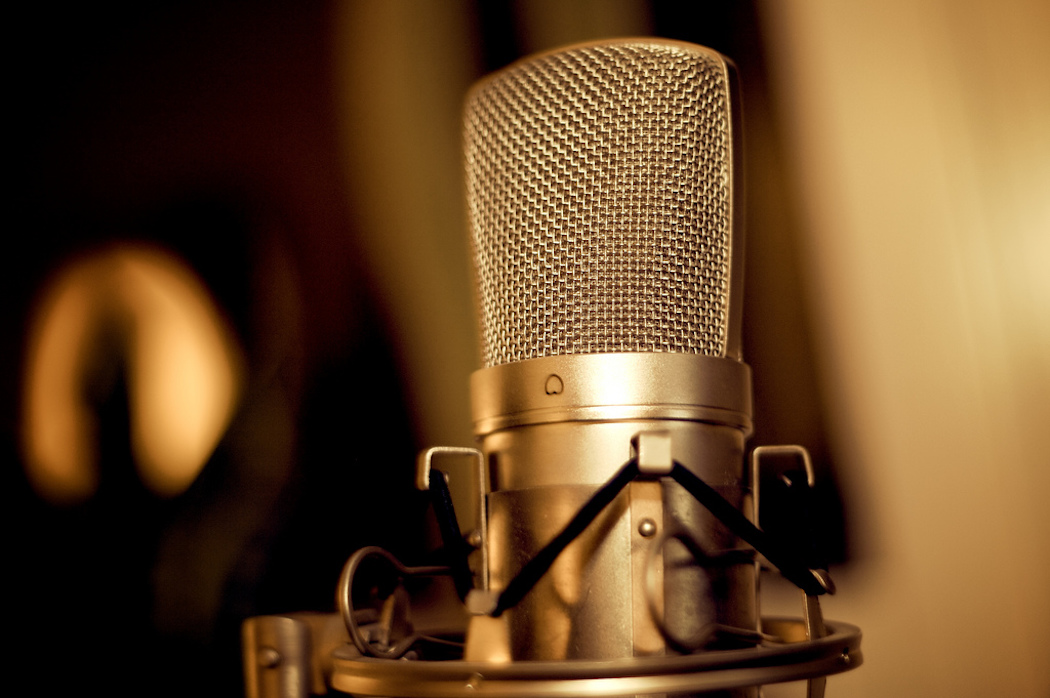 Economist and researcher Margaret Cuthbert has been ploughing through Scottish Government reports to discover what the state of our economy really is. Here she imagines putting these questions to the new economic minister in a live interview.

In part one, they cover output, employment and procurement: Is competitive tendering necessary? Why is Scotland’s growth rate below that of the UK? And how much is the Scottish Government really able to shape the economy?

Ministerial statements have been taken from government websites.

Interviewer: Good morning everyone. This morning we have the opportunity to speak to the Minister for the economy. Can I remind the audience that this morning’s session is looking more at the current state of the Scottish economy. Hopefully, we will get the chance to have the Minister on again to discuss the actions that the Scottish Government intend to follow and whether these are likely to be enough to improve Scotland’s economy both in the short and long term.

Minister, good morning. Congratulations on your promotion to be Scotland’s first dedicated economy secretary, and thank you for agreeing to meet our audience.

Minister: Well, first, thank you for having me on the programme. This is an exciting time for Scotland. And, if you don’t mind, I would like to kick off with what our Government plans for the future. What we want to do is set out clearly in our 2016 manifesto:

Interviewer: Yes, Minister. But as we agreed in fixing up the interview with you, this morning is about discussing the state of the economy that you are starting from – an economy which of course is heavily influenced by UK policies and by the state of the world economy, but, clearly, it is majorly affected by Scottish Government policy and how this is followed through by all the quangos that you use to implement your policies.

Minister: Yes indeed.  I agree with the First Minister that Scotland’s underlying economy remains strong and resilient. In fact, as I said in Parliament [31st May], Scotland’s economy still grew by nearly 2 per cent last year, and employment reached record levels. [1]

Interviewer: Thank you Minister. I think the audience would really like us to get to grips more with the nuts and bolts of what is happening in Scotland rather than broad statements about GDP. So, let’s start on the state of the Scottish economy as a whole: can I draw your attention to the following information most of which is taken from published work produced by your own and by UK government economists/ statisticians, supplemented by work done by other bodies.

Clearly, as your government says itself: “Output (Gross Domestic Product) had increased by 1.9 per cent in 2015”. First, this was significantly below the rate of growth experienced the previous year – and, as you will know, lower than the growth rate of the UK economy as a whole which was 2.3 per cent.

What, I understand, is of real concern to our viewers is how imbalanced our economy is – and that has important implications for employment opportunities, as well as for the future success of our economy. Following the 2008 banking crisis and recession, there has been an urgent need to rebalance the economy, and this has been reflected in speeches by government ministers.

Minister: Yes, our Economic Strategy of 2015 states: “A strengthened role for manufacturing will be a key part of this. Manufacturing firms are more likely to export and to invest in research and development; whilst increasing the scale of the manufacturing sector can help with wider equality objectives in terms of addressing regional imbalances through local spillovers, while providing jobs that are typically high skilled and well paid”.

Interviewer: Thank you, Minister. It is therefore of concern that the Chief Economist’s latest report on the State of the Economy [2] managed to omit entirely how output and employment are distributed across the various sectors in the economy.

Unfortunately, your latest publication of August 2015 [3] on how well the different sectors in the Scottish economy perform (the Scottish Annual Business Statistics) only goes up to 2013 – now three years out of date. So, forgive me, we have to use those figures – and while it is annoying for me, it must make your life really difficult. Maybe a chat with the Northern Ireland Office might assist you in getting more up-to-date figures.

What your publication says is that, in 2013, cash terms Gross Value Added in the services sector in Scotland amounted to £53.0 billion, compared to only £12.5 billion in manufacturing and £6.2 billion in the construction sector. The remaining sectors accounted for £23.0 billion (oil and gas extraction including off-shore oil and gas activity accounted for £14.2 billion of this). There is therefore a big dependence in the Scottish economy on the service sector.

Now, rather than any efforts by the Scottish Government improving the balance across sectors, what happened was that between 2012 and 2013, GVA in the services sector increased by £8.5 billion, manufacturing by only £0.6 billion and construction by £0.3 billion. This is hardly progress towards rebalancing the economy. 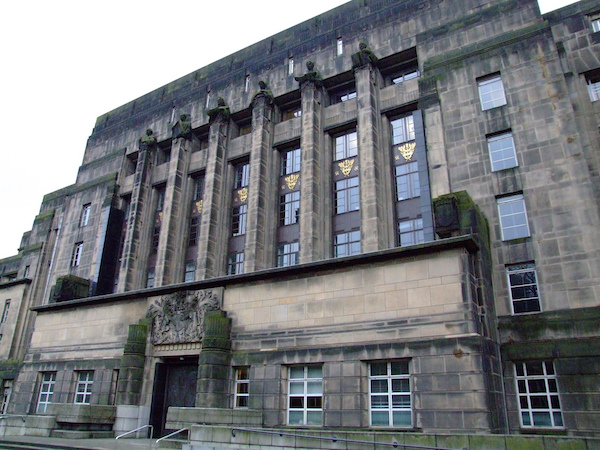 And some of us cringe at your statement that the economy is strong and resilient when the growing sectors included gambling and betting activities which were up £703 million (+28.9 per cent), and the retail trade, up by £7.1 billion. On the other hand, scientific research and development fell by £84 million – a fall of 12.8 per cent. Sadly, all too often, the style of reports by the Scottish Government and its quangos make me think of Albert Camus’ famous line “Style, like sheer silk, too often hides eczema”.

But let us move on and look at employment, (once again the latest sectoral information given is for 2013). The Business Register and Employment Survey [4] gives the total number employed as 2.461 million, of which manufacturing made up 7.2 per cent, while retail employed 9.8 per cent, and health 15.6 per cent.  Do you think this shows progress to a balanced economy? – I know that you were not in charge of policy during the last government, but you must be concerned.

And according to the Bank of Scotland monthly survey of businesses, “the Scottish private sector economy stagnated in April, following two months of contraction, and employment fell at the fastest pace since November 2010. The drop was led by a sharp contraction in the manufacturing sector, while the decline in business activity at service providers was more muted in comparison.”

Minister: I think you are being a bit hard on us. Remember, these have been difficult times: especially with the oil and gas industry. We have been doing our bit to encourage the construction and engineering sectors with our public infrastructure programme. For example, the new Forth crossing, improvements in rail, and new hospitals such as the Queen Elizabeth University Hospital in Glasgow. Both the construction and engineering sectors have benefited. And don’t forget that our whisky production and exports have been increasing.

Interviewer:  Yes, Minister. No-one can say that you are not doing your bit to grow the economy: the growth in the construction sector at the start of 2015 was indeed supported by public infrastructure investments and a combination of public and private infrastructure investments is expected to drive growth in the sector going forward through 2016.

This will indeed have helped the Scottish economy in the short term, and hopefully the quality of the infrastructure investment will bring long term benefits to Scotland. Let us hope the Edinburgh schools disaster is a one-off. But I think our audience would like to know, as would I, what information you can provide on whether the large amount spent in capital expenditure helped the Scottish economy as much as it could have. And further, how many Scottish businesses, their employees, and their suppliers, benefited out of the contracts for the related maintenance and provision of services that can cover many years?

I have, for example, a letter under Freedom of Information from Transport Scotland, regarding the Forth crossing project – the principal contract has an expected value of £790 million; the total project is expected to be between £1.325 billion and £1.35 billion. Out of the principal contract, the total value of sub contracts awarded was £400 million, of which, to Scottish companies, it was £123 million: a mere 31 per cent. You get what I am saying? This is a lot of our money going to companies from outside Scotland.

Minister:  Look, this is nonsense. Everyone knows that in public procurement we have to be good Europeans and abide by European rules. These are strict on public procurement. We must have our public contracts open to all businesses in the EU. And maybe some of the jobs are too big for our own Scottish firms. We are after all, a small country.

Interviewer: Can I respond to each of these two parts? First, indeed, Minister, I know the rules are strict, and I know from personal discussions with your civil servants that they are followed to the letter. Indeed, the civil servants I spoke to prided themselves that they were one of the few, if not the only, procurement body where their decisions had not been knocked back by the EU. Might this not suggest that other nations within the EU are applying a less strict interpretation of EU rules, in order to benefit their own country, and that just sometimes on an odd occasion they get caught at it? And might this not be the right way to progress? Indeed, is this yet again a case where, an old sceptic would say “Rules are for the obedience of fools and the guidance of wise men.”

Capital expenditure is valuable if it is going towards much needed building which will reap benefits to the community.  But its benefits are potentially much wider, and should include big benefits to Scottish businesses, to research and development in Scotland, to training, and to sustainable local employment. The Scottish Government and its quangos would have us believe that they do their absolute best to make sure Scottish business benefits but they are constrained by EU competition rules. No doubt. But when one compares the benefits to French businesses and to French employment from the building of the Millau bridge to those to Scotland arising from the new Forth crossing, one can only arrive at the conclusion that the Scottish benefits are less than impressive. 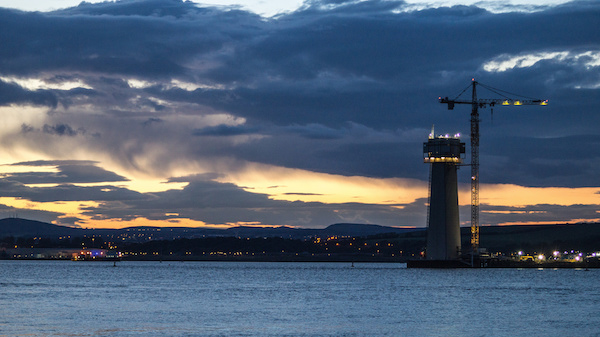 Sorry, Minister, I fear I am exhausting you. I think we have all got the idea.

But to move onto your second point about some of the jobs being too big for Scottish companies – let me remind you that because of the ridiculous way PFI was nurtured and encouraged in Scotland we were having some local authorities bundling the construction of as many as 19 schools into the one PFI project.

Therefore it was the actions of public authorities, forced to a large extent to take the only means on offer, PFI, that has hollowed out large parts of our existing industry as the jobs on offer were too big for Scottish firms to handle.

Take South Lanarkshire. There the schools PFI was for 17 new secondary schools and 2 refurbished: way out of the reach and capacity of almost all, if not all, Scottish companies. The capital cost was £219 million. On Treasury estimates, the unitary charges (the amount paid to the PFI consortium) were £27.2 million in the first year when all the schools were functioning, and by the final year of the contract the Treasury estimates they will be £56.5 million: a big burden for South Lanarkshire, especially if funding to local authorities is cut.

Minister: I appreciate there are still difficulties in the Scottish economy, and that is why I will be working hard to do my best. Do remember that it was Labour that was mainly responsible for PFI, and we have introduced a different model.

Interviewer: Yes, I hope to get to that in a later interview. But let’s take a break. Join us in part two, where we’ll discuss education, skills training and inequality.