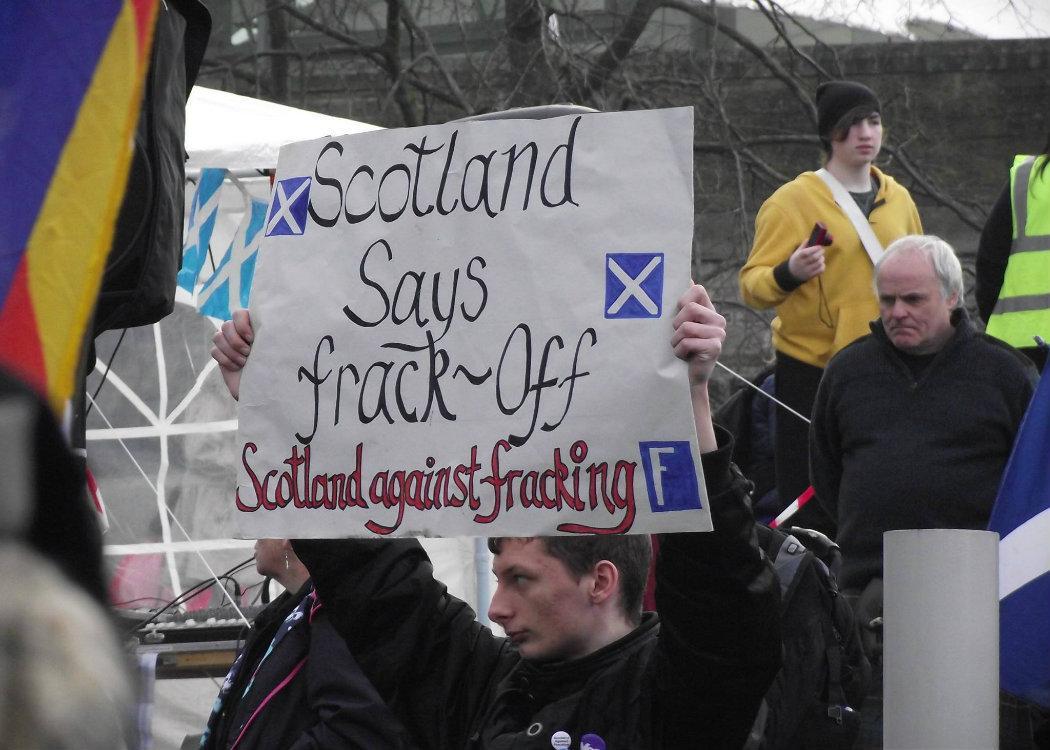 Attempts to ban fracking in Scotland rejected from party conference

OVER a dozen SNP branches saw their motion to ban fracking rejected from the party’s conference agenda – creating a spat where leading environmentalists accused the party of “rigging” the debate.

But party officials claim that fracking was already discussed at its October conference in Aberdeen, reducing the need for a fresh debate.

CommonSpace explains the context behind the fracking dispute.

Friends of the Earth Scotland revealed that a second attempt to move to a full ban on fracking had been rejected from the agenda of the SNP conference.

The motion, supported by over a dozen branches, called for “a permanent ban on the exploitation of unconventional oil and gas by any means, including test drilling”.

A full ban goes beyond the current Scottish Government policy of a ‘moratorium’ on fracking – which was extended to include underground coal gasification after public pressure.

Smaug (SNP members against unconventional oil and gas) said they were “very disappointed” at the decision.

Why was the motion rejected?

Motions at SNP Conference are submitted to SOAC – the Standing Orders and Agenda Committee.

A SNP spokesperson has explained that the issue of fracking was previously discussed at the party’s October 2015 conference.

However, that debate was also controversial as SOAC had watered down the anti-fracking motion so it was identical to existing party policy – which campaigners want improved.

Former first minister Alex Salmond, in an interview with CommonSpace, previously called for a reform of the SNP’s internal democratic structures, so that the party was more participative and representative of new members.

What happened at the SNP October 2015 conference?

The debate on fracking in Aberdeen was a passionate affair mired by technical confusion .

SNP members proposed a strongly anti-fracking statement, which was then diluted by SOAC.

On the basis that the motion was not strong enough, party members proposed a ‘remit back’ – which would signal membership’s disapproval of existing policy.

However, those speaking in favour and against the motion both signalled support for a full ban on fracking – despite the fact members could not vote for or against a ban.

At the conference Gareth Beamish from corporate giant Ineos, who had a stall at the conference, admitted that it was “indisputable” that fracking had caused an earthquake in England.

The Scottish Government moratorium on fracking is set to continue until 2017.

SNP grassroots campaigners have vowed to continue their campaign for a full ban on fracking.

Test drilling has been permitted as part of the national research into fracking.