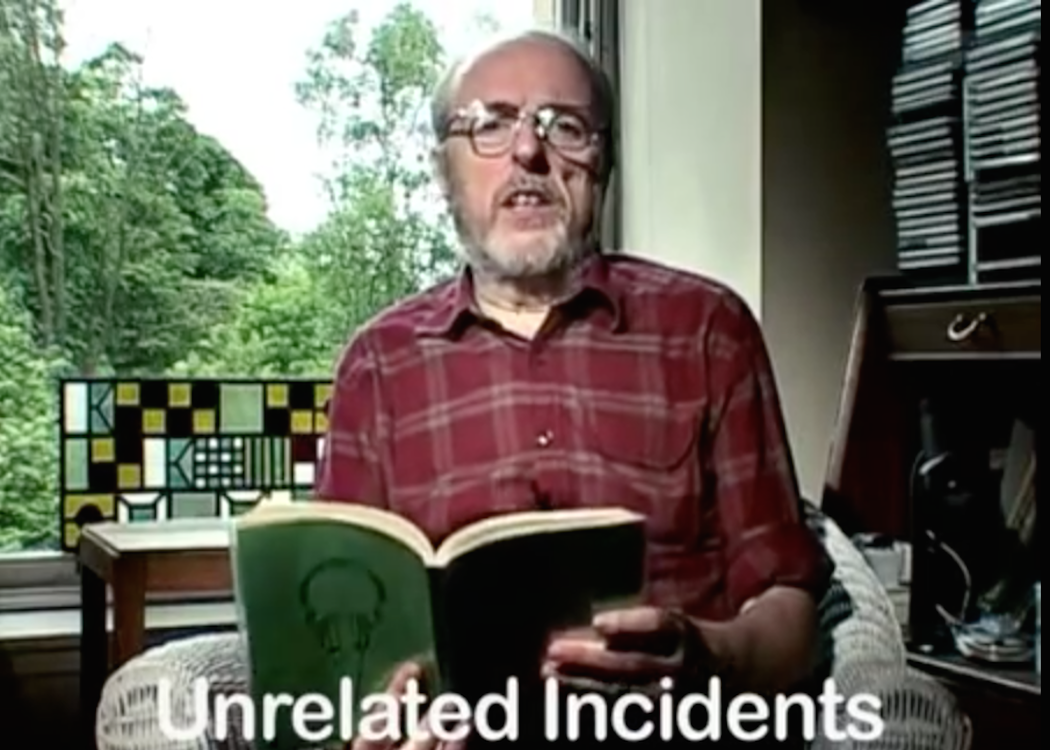 THE WORK of Glasgow radical Tom Leonard should be celebrated by appointing him the new Makar, according to figures from across the arts world.

Leonard, a celebrated poet and writer, would fill the position of Makar (National Poet of Scotland) recently left by Liz Lochhead.

Leonard, known for his Glaswegian dialect poetry and scepticism of authority, has been an influential literary figure for almost forty years.

“Tom Leonard for Makar cos he will get everybody fuckin telt.” Loki

Rap artist Darren McGarvey (aka Loki) told the Sunday Mail that: “We don’t need a national poet who openly supports the government. We need someone who will make a bit of trouble for people in power.

“Leonard’s work is all about recognising the worth and validity of you own experience – no matter where you come from.”

“Tom Leonard for Makar cos he will get everybody fuckin telt,” he added.

“Tom Leonard is the Godfather of poetry in Scotland so is the obvious choice for Makar. He might not feel well enough to take on the job but he should still be offered it as a mark of respect and gratitude,” Dean Burn told CommonSpace.

The role of Makar – its origins based on Scottish traditions of storytelling and poetry – was established as an official position in 2004 by First Minister Jack McConnell.

Originally held by Edwin Morgan – whose poetry was read at the opening of the Scottish Parliament – the role passed to Lochhead following Morgan’s death.

“Leonard is the most significant living Scottish poet by far, recognised throughout Europe as a major figure on the cultural landscape, if often criminally underrated at home.” Brian Beadie

However, in comment given to new media group Kiltr , Leonard played down the possibility that he would even be granted an official title by Scotland’s establishment: “I think there’s a few over-my-dead-bodies in the way before I would ever be offered the job. The chance is not so much minimal as zero. It would be nice to think there was a body that would like me to have official duties, asked by folk who knew and like all my work or most of it.

“But the work is outside the mainstream poetry and Scottish politics. It would just upset too many folk the very idea of me having an official position. My web journal for one thing. Full of attacks on politicians and the Scottish language crowd. It’s nice that some folk have put their head above the parapet for my work. That’s as good as a gong for me any day.”

Brian Beadie, writing for Kiltr, added: “The post of Scots Makar is open, and a sizeable, vocal body of people are coming out in support of Tom Leonard for the post. This should come as no surprise – Leonard is the most significant living Scottish poet by far, recognised throughout Europe as a major figure on the cultural landscape, if often criminally underrated at home.”

He also published ‘Radical Renfrew: Poetry from the French Revolution to the First World War’, exploring forgotten writers from the West of Scotland which he studied while working in Renfrew district libraries.

Leonard has previously spoken out on a range of political issues including class, war, education and independence.

James McEnaney, former English teacher and now a college lecturer, added: “In the absence of Norman MacCaig, for me the next Makar has to be either Tom Leonard or Jackie Kay.

“Some of my favourite Leonard poems, like ‘Being a Human Being’ and ‘Blair’s Britain’, challenge the prevailing narratives of our time, while work such as ‘Six O’Clock News’ – the first of his poems I ever encountered – illuminates the power of language and the relationship between Scottish cultural expression and the wider UK.

“Kay is a poet of quite extraordinary brilliance whose work is almost peerless in its vibrancy and fearlessly emotional. I’ll never forget listening to her read ‘Fiere’, or the way ‘My Grandmother’s Houses’ or ‘Old Tongue’ made me feel when I read them for the first time.”

Previously the Makar was selected via “a shortlist complied by representatives of Scottish literary organisations”, with a final decision made by the current and former first ministers of Scotland (Alex Salmond, Henry McLeish and Jack McConnell).