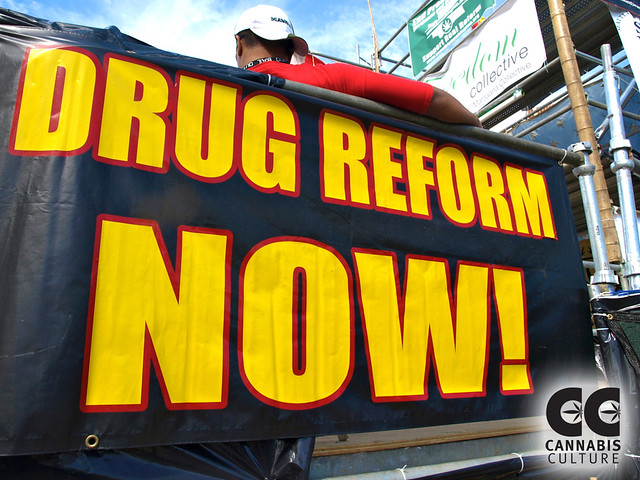 The rise in drug-related deaths in Scotland have added urgency to calls for action – but what reforms are being proposed, and which would be possible with Scotland’s current powers?

NEWS that the number of drug-related deaths in Scotland has risen to its highest levels since records began in 1996, and now suffers from the highest rate for such deaths in the entire European Union, has brought public attention to a decades-old problem.

As political and civic Scotland examines the issue of drugs afresh, it may also consider the various solutions which have been proposed by political parties, campaign organisations and the third sector in order to combat drug-related deaths and the social ills which lead to them. Below, CommonSpace takes you through some of the major proposals.

DCRs – safe, clean facilities where users can take their own illegal drugs under medical supervision – have been shown to prevent fatal overdoses, as even the Scottish Tory health spokesperson Miles Briggs acknowledged earlier this year, as well as reducing blood-borne infections and other health problems, drug litter and drug-use on the streets.

Despite it being almost three years since Glasgow City Council first proposed a DCR with strong political backing – most notably from SNP MP Alison Thewliss – the UK’s Home Office has refused to allow the plans to go forward. The NHS in Glasgow has said it will not push ahead with the DCR without a legal foundation beyond challenge. This could be achieved if the Lord Advocate James Wolffe provided a prosecution waiver, but he has refused to do so, despite being urged to reconsider by the Scottish Drugs Forum.

In consequence, the only other means of setting up the Glasgow DCR, or any other similar facility in Scotland, would be if the relevant powers were devolved to Scotland, which the UK Government has previously stated will not happen.

HAT is one of a range of proposals endorsed by the Transform Drugs Policy Foundation in their briefing paper ‘Scottish Drug Policy Reform: keeping vulnerable people safer by putting health first’. The TDPF notes that a range of countries, most famously Switzerland, allow heroin to be legally prescribed and used under supervision in clinics. This is available only to those for whom other treatments have proved ineffective.

UK trials of HAT scheme found that crimes per user fell from 40 to 13 per month, and that the switch to legally-supplied heroin cut income for organised crime. Unlike DCRs, the UK Government does support HAT – but refuses to fund it.

A spokesperson for the TDPF told CommonSpace: “Heroin Assisted Treatment can be transformative. The resources available need to to spent on improving treatment and tackling the causes of dependency, not enforcing a criminal justice-led approach that has failed so completely.”

According to the Home Office’s 2014 ‘International Comparators’ report, there is no link between the severity of law enforcement and drug use. While Scotland already has a limited ‘diversion from prosecution’ schemes, the TDPF has argued that far more could be done, and has urged Police Scotland to develop a formalised system that ‘diverts’ people caught with any drug for personal use into education, treatment or other related measures instead of prosecuting them.

“We would like to see Scottish police forces adopt the kinds of ‘diversion schemes’ that have been established in areas such as Durham, the West Midlands and Thames Valley,” TDPF’s spokesperson told CommonSpace. “This approach saves resources, avoids the unnecessary criminalisation of people who use drugs, and lays the groundwork for a response based on compassion and support rather than punishment.”

Following the release of the most recent drug-related death figures for Scotland, Green MSP John Finnie commented: “When it comes to drugs, criminalisation has caused more harm than it can claim to have prevented. The ‘war on drugs’ approach has self-evidently failed. Addiction is better tackled by trained medical professionals, not with the strong arm of the law, and dangerous substances need to be taken out of the hands of gangsters.”

Legalisation and regulation of cannabis

The legalisation of cannabis in the Netherlands, Uruguay, Canada and several US states has long been highlighted by campaigners as proof that cannabis prohibition can be abandoned without negative social repercussions. Indeed, the TDPF argue that no market for dangerous synthetic cannabis products such as Spice developed in the Netherlands because of the availability of its natural equivalent.

Canada’s state-run cannabis outlets, which opened for business in 2018, have raised tax revenue while simultaneously depriving crime of a cornered market. Scotland could follow suit, but only if further powers were devolved.

Although the SNP has called for the decriminalisation of the drug for medicinal use and devolution of the necessary powers to do so, the party has previously confirmed it was not in favour of general decriminalisation, a position broadly shared by Plaid Cymru in Wales. Labour leader Jeremy Corbyn personally spoke out for decriminalisation on medicinal grounds, but the Labour Party itself remains opposed to legalisation. Only the Greens and the Liberal Democrats are in favour of drug legalisation and the introduction of a fully-regulated cannabis market.

A wide-ranging approach to drugs policy, inspired by the example of Portugal, which the TDPF has pointed out used to suffer from the kind of drug-related death-rate, levels of HIV infection and on-the-street drug culture found in Scotland. The radical change in the law decriminalised the use of all drugs, though not their production and supply.

Those caught with drugs for personal use are referred to ‘dissuasion committees’ which suggests voluntary treatment, but most users will face no further action. The money saved from not pursuing arrests and prosecution has been ring-fenced by the Portuguese Government for education, prevention and treatment.

A spokesperson for the TDPF told CommonSpace: “We know from the experience of Portugal that decriminalising possession, while adopting a health-based approach to substance-use problems, can dramatically reduce drug deaths.”

Again, were this strategy to be pursued in Scotland, significant devolution of powers would be required.