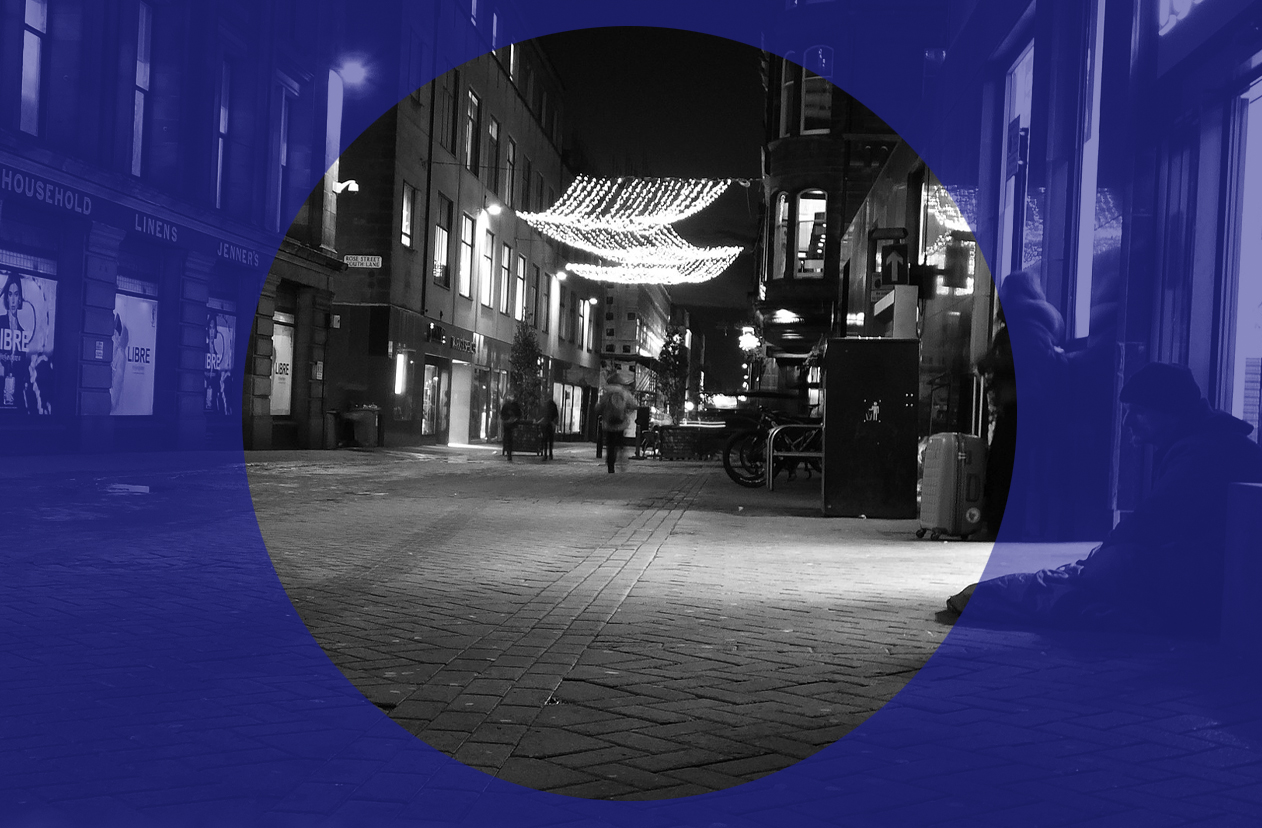 Craig Dalzell continues his series on the sectoral impact of the Covid pandemic by looking at retail and the High Street.

I MISS RESTAURANTS. Of all the changes that have happened in our lives over the past few months, that’s the one that hits me the most. This isn’t to say that I’m struggling with cooking for myself – I’m a pretty decent cook and my partner is even better – but I miss the social occasion of sharing a meal with friends and family. The communal act of sharing food with others is a deeply human experience.

I’m sure others feel the same. Missing the pub. Missing the clubs. Missing the High Streets that are – despite decades of predictions of their imminent demise – still at the heart of communities. Those few folk who are out for essential business in the towns are reporting an eerie sense of emptiness albeit tinged with a sense of optimism in that at least people are heeding advice to avoid physical contact. As one of my friends put it this morning “People make Glasgow and people are making Glasgow better”.

Data from the ONS today has shown just how hard the impact of the virus has been on the high street. Economic activity in retail dropped by more than 5.2 per cent in March and has dropped by an unprecedented 18.1 per cent in April. The retail sector has dropped to levels below the worst depths of the aftermath of the 2008 Financial Crisis and we’re very far from being past the immediate effect of this crisis.

When we do start to come back, it’s going to be gradual. The routemap published by the Scottish Government yesterday may start to allow some High Street activities to start up again if we can do it safely and if the virus remains suppressed. Outdoor activities such as visits to our parks will be first but there are indications that some shops, restaurants and pubs might be able to open if they can space people out and or make more use of space outdoors.

But this will require a change in the shape of our High Streets to accommodate. It will require more pedestrianised areas and, consequently, fewer vehicles in our cities. If we want these changes to stick then we’ll need to rethink other aspects of the city like public transport. But these are all mere planning issues. All it’ll take is a change in attitude away from planning for the car and more towards planning for people instead.

Closer to the present though, the shops and spaces currently closed will be looking towards following the Government routemap. Some will be lucky and will already be well adapted or easily adaptable to meet the requirements to open in Phase 1 or Phase 2. Others will not be. I can easily imagine a small restaurant on a second floor in a city that cannot put tables outside and cannot safely physically distance its customers. Even if restaurants are technically allowed to reopen in general, this one in particular might not.

I can also easily imagine some businesses looking with dismay at the routemap and realising that they are not going to reopen until the very latest stages no matter how much restructuring they do. Indeed, I don’t need to imagine it as I’ve already spoken to people facing this precise scenario.

So Scotland will be faced with the prospect of gradually reopening some sectors of the economy in some places but as we do we must not forget to support those areas that we’re still saying must remain closed to protect public health. The alternative is to stand by and watch a wave of closures and redundancies march through those businesses in the months to come.

Throughout this series I’ve always looked to the lens of ‘Build Back Better’ to see what we could do to improve the economic sectors we’ve put into hibernation. As with others, many of the solutions needed to immunise against crisis are also the same solutions needed to make the economy more resilient in the face of crises to come, like the climate emergency.

While I miss things like restaurants, one thing I don’t particularly miss is being crammed through many of the other shops. Having to move much of my shopping online has its advantages in that respect but is also setting us up for a fairly dystopian economy dominated even more by a few companies like Amazon. As hard as retail work is at the best of times, that company has serious questions to answer over its workers’ rights and welfare.

One vision that we at Common Weal have is one that we piloted a few years ago in Common Market. An online store but one focused on Scotland’s small retailers who cannot access online markets who often aren’t interested unless you can supply in large volumes (and sometimes not even then – I’m aware of at least one major Scottish brand that has pulled out of Amazon due to the logistical, financial and technical barriers placed on them by the platform). If we simply allow the ‘free’ market to do its work then I can see the economy cartelising even more into the hands of a few companies lucky enough to be large enough to survive the lockdown.

I’m pleased to see that the Scottish Parliament has blocked such companies from receiving Covid bailouts if they make use of tax havens, but I’m less pleased to see that on the same day the Government also shot down a motion to bring in country-by-country reporting that would allow taxes to be reformed to ensure a truly level playing field between companies that can move money between tax jurisdictions and those who cannot.

Longer term, we need to start moving more towards a Circular Economy which will mean designing our products to last longer, use fewer resources and be easier to repair. This attitude stands directly in the face of many of the mass market shops on our High Street which thrive on selling us fast, single use items that we have to buy again and again. I want to see more of the sharing economy come to the High Street. More tool libraries, clothes libraries, communal work and hobby spaces. We could turn an inherently isolationist experience of crushing through a crowd to get to a the latest sale item into a communal experience of sharing and learning how to make, repair and lend each other high quality clothes.

The virus has shown us how connected we are to each other. It has shown us how hard it is to be apart even when we understand that, for now, it is important to do so. As we come out the other end, I want to see us come together again not in a mad rush to go back to ‘normal’ but to pick up our broken economy and rebuild it into something that we can share together. People make everything. Let’s make everything better.