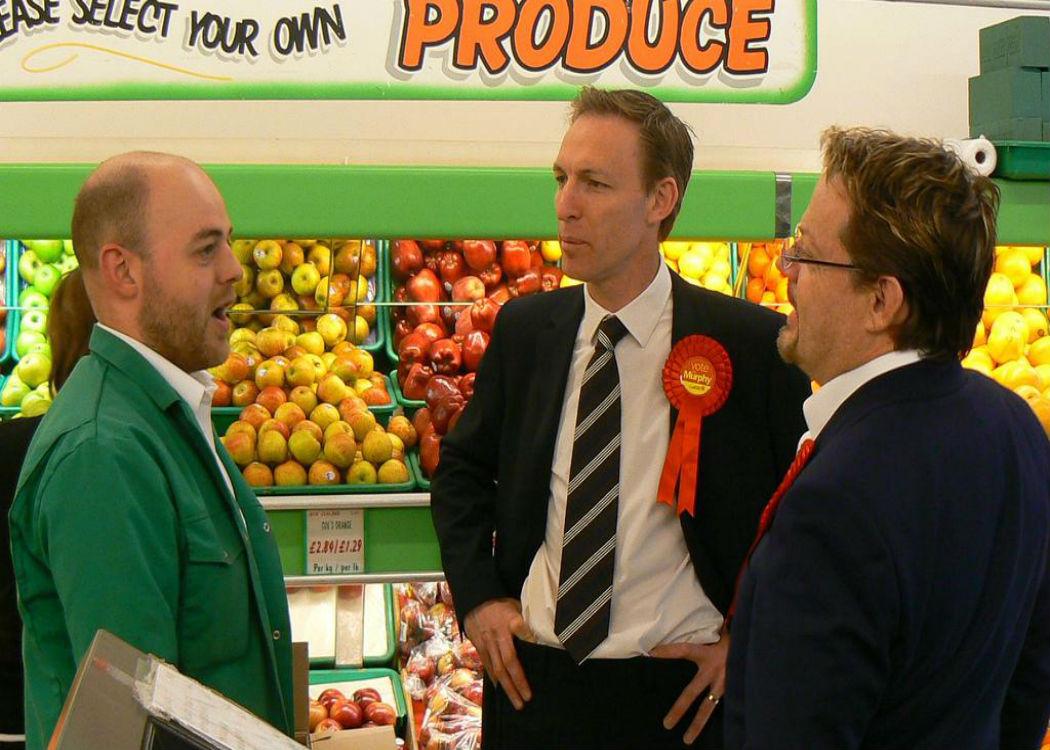 A new trade union motion is being proposed by prominent trade union activists arguing for making a clean break with Labour in wake of Jim Murphy’s victory in the Scottish Labour leadership contest.

The motion, organised by the Scottish Left Project, calls for an end to financial contributions to Scottish Labour and requests serious discussion on building new political representation for the Labour movement in the 2016 Scottish elections.

Murphy won 55 per cent of the vote, defeating Neil Findlay – the candidate backed by nine of 11 trade unions – and Sarah Boyack. He succeeds former leader Johann Lamont, who resigned after the Scottish independence referendum.

Sarah Collins, Unison East Ayrshire branch secretary and former chair of the STUC Youth Committee, told CommonSpace that Murphy’s victory “is the straw that broke the camel’s back”.

“The trade unions have put up with a lot of abuse from a party that takes its funding for granted, but embodying all of the worst elements – pro-war and pro-austerity – into the new Scottish leader, at a time when the party is already so unpopular for campaigning against independence side by side with the Tories, is a bridge too far.”

“Trade unions cannot be seen to be backing Murphy for first minister in 2016,” she added. “It’s time for trade unionists to stand up for what we believe in, and it’s not Jim Murphy.

Murphy is widely seen to be on the right of the Labour party, associated with the ‘Blairite’ wing. During the leadership campaign, Murphy publicly distanced himself from a shift to the left in Scotland to challenge the SNP, saying that under his leadership, Labour would be “for the prosperous as well as the poor”.

The motion resolves branches to “argue for disaffiliation from the Labour party”. It is expected to be proposed for discussion by trade union branches across the country. The campaign to support the motion is titled ‘What would Hardie do?’, referring to Keir Hardie, the founder of the Labour party, and is using the hashtag #LeaveLabour to build support.

Scottish Left Project supporters include former SNP MP Jim Sillars, independent MSP John Wilson and Deborah Waters, Labour for Independence activist. The Project’s founding statement says: “We want to have the widest possible discussion about how we can work together to ensure parliament represents the millions not the millionaires.”

Suki Sangha, Unite activist and on the STUC General Council, said she would be actively supporting the motion.

“I recognise the importance of strong political representation for the labour movement,” she said. “That cannot be delivered by Jim Murphy. It’s time the trade union movement had an honest discussion about breaking from Labour and rebuilding left politics in Scotland.”

John Davidson, member of the SSP and on the PCS Scotland Committee, is also backing the Scottish Left Project’s proposals.

Davidson said: “We need to start a grown-up conversation across the Scottish Left on constructing a genuine, credible alternative.”

The Scottish Greens have also been actively promoting their trade union group on social media, in a bid to win disgruntled Labour trade unionists over.

Maggie Chapman, Scottish Greens Co-Convenor, said: “I’d be delighted to welcome any of those members and supporters who want to join a party that is committed to public services, to defending the welfare safety net and to so very many of the values Labour used to stand for.”

The SNP, who now have more members of their trade union group than the whole of Scottish Labour combined, took the opportunity of Murphy’s victory to promote a new YouGov poll published by the Sun on Saturday showing they are comfortably heading for victory in Scotland in the 2015 general election.