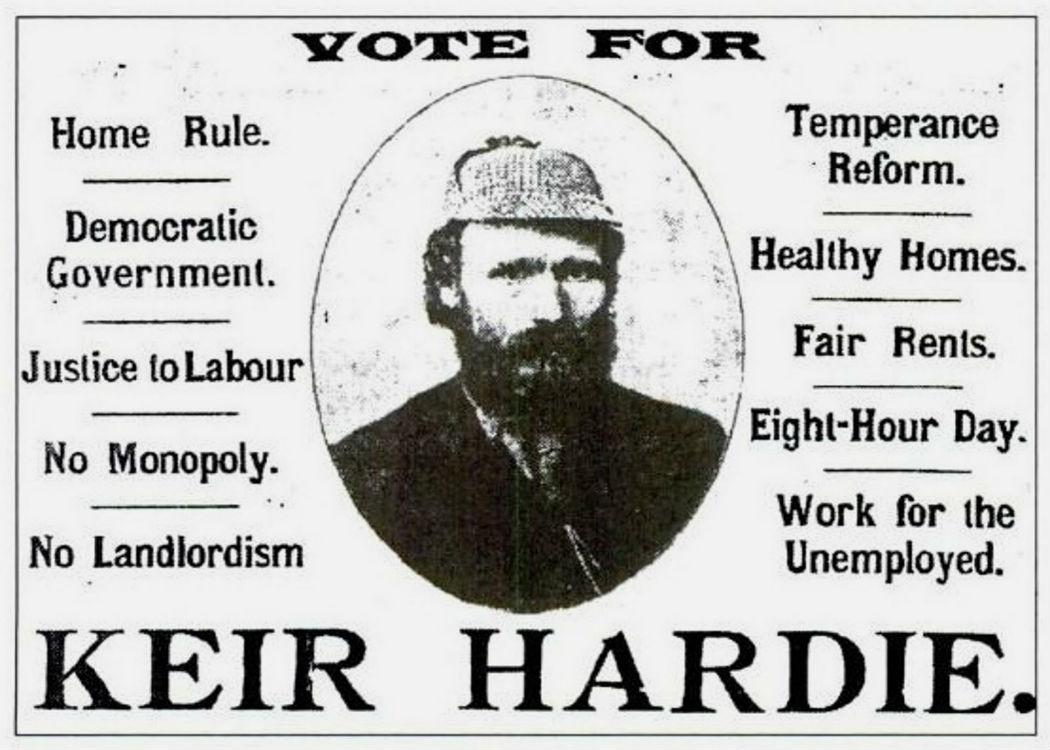 WOULDN’T Keir Hardie have campaigned for a Yes vote in the Scottish independence referendum? “Trying to speculate I think is difficult, he might well have.”

The seismic referendum campaign already feels like old news among a gathering of, mostly, Scottish Labour supporting socialists who have turned up late on a week night to the Glasgow book launch of the title Pauline Bryan has edited – “What would Keir Hardie say”.

The Scottish founder of the Labour party is still widely revered in today’s party. Many on the so called modernising wing view the socialist visionary as a noble creature of his time but those in this room, many of them wearing Keir Hardie society broaches, see his values as eternal and, under the new leader, the future of the movement.

Undoubtedly the main topic of discussion at the book launch is the man who was, at the time he submitted his contribution to the short book of essays, just an obscure leftist MP for Islington North.

“Jeremy Corbyn still complains that I caused him to miss watching a football match with his mates by insisting he finished his article on time,” Bryan tells her audience to a ripple of amusement. You have to pinch yourself to remember that these normal enough people, young and old, trade unionists and students, are the co-thinkers of the man now leading the country’s official opposition.

Still, Bryan is a lifelong activist and can’t resist the polemic on Scotland: “Hardie was not a nationalist and I think that is the important thing. He believed in home rule, I believe in home rule I voted no,” she tells CommonSpace.

“If it’s based on nationalism I think Keir Hardie would have a problem. He would have said ‘no its our class that’s important not our country’.”

Cathy Jamieson, former Scottish Labour MP for Kilmarnock and Loudoun agrees: “Hardie was an internationalist. He travelled the world he went on speaking tours, wherever he went he tried to be on the side of people who didn’t have a voice.”

“But I think Keir Hardie was shaped by his life experiences originally in Lanarkshire and then moving to Ayrshire. Undoubtedly there is the influence of his Scottish roots and his Scottish upbringing particularly around his faith and Christianity.”

Whatever the vexed debates are around the Scottish Labour pioneer’s legacy regarding Scotland’s national question, for Bryan and Jamieson there is little doubt about who represents his legacy in the Labour party.

Bryan concurs: “It might sound a bit corny to say this, but I actually think that Jeremy does represent many of the values that Keir Hardie represented.

“Jeremy is an agitator in the same way Keir Hardie was, he goes out and works with movements in his constituency, in London, across the UK. He’s not just devoting his time to parliament, he’s out there doing the work of agitation all over the country.

“Keir Hardie has left a huge legacy being the founder of the labour party, but we want to recognise him not simply for the historical legacy because his value and his vision and his principles and many of the things he argued for are a relevant today as they were a hundred years after his death.”

The bearded and waistcoated Scotsman couldn’t have been far from Corbyn’s mind as he took to the podium in Brighton to deliver his first ever Labour conference speech. Indeed, he concluded by paying homage to Hardie (even mentioning the book) saying: “Keir grew up in dreadful poverty and made so much of his life. He founded our party, and stood up to be counted on votes for women, stood up for social justice, stood up to develop our party. We owe him and so many more so much.”

It almost feels like divine providence that Corbyn, surely the most left wing leader Labour has had since Hardie, accepted the leadership of the party precisely one hundred years since his death. It could be that the survival of Hardie’s party in the Scotland of its origin depends on what lasting power his ideas retain.

‘What Would Kier Hardie Say?’ is out now and can be purchased from Luath Press .