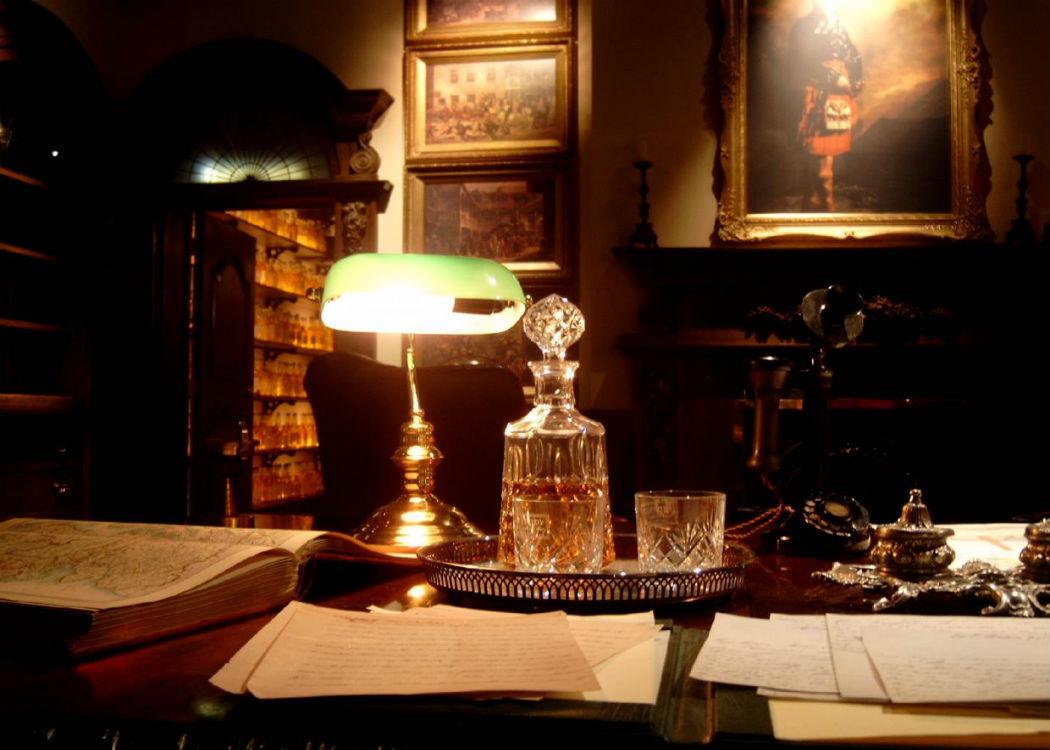 COMPTON Mackenzie gathered the story from the island of Eriskay before Ealing Studio in West London made the blockbuster. This was the transition of Mackenzie’s now classic novel Whisky Galore to the big screen, where Hebredian islanders protect shipwrecked whisky cargo from scheming wartime authorities.

And the ‘water of life’ remains precious. Today it has developed into a multi-billion pound global sector – and Scotland claims to be at its heart. Scotch whisky has a unique appeal; a mixture of effective branding and imperial exporting provided the foundations for success. But what does this success mean, and who benefits?

If you want to understand the sector’s activity in Scotland look up Ivan Menezes, chief executive of drinks giant Diageo. His company is so dominant in spirits and whisky that the competition commission instructed Diageo to sell its Whyte & Mackay label last November. In 2012, 42.4 per cent of total whisky production came from Diageo, as well as PS10.76bn in total sales.

Diageo, headquartered in London, is the largest corporate owner of whisky production in Scotland. The ownership of the vast majority of such large companies lies outside of Scotland. Diageo itself emerged from a controversial takeover process. United Distillers was bought over by Ernest Saunders and Guinness using a fraudulent share trading scheme in the late 1980s. Saunders was found guilty and imprisoned. Meanwhile, his promise that the company would stay in Edinburgh disappeared like the angel’s share.

Pernod Ricard – headquartered in Paris – is the second biggest player in the whisky market. It’s brands include Chivas Regal, Ballantine’s and Glenlivet. Bacardi (based in Bermuda) own Dewar’s. Jim Beam (Illinois) own Laphroaig and Teachers.

So in the 21st century it is whisky galore – for multinational conglomerates, at least. Major Scotland -based firms are the exception to the story. William Grant, Edrington and Ian Macleod Distillers produce Glenfiddich, Famous Grouse and supermarket-branded whisky respectfully, which is only around 16 per cent of total production.

Professor John Kay, visiting professor of economics at the London School of Economics and fellow of St John’s College Oxford, estimates that only PS400m of the PS25bn global retail sales value of Scotch whisky (only two per cent) remains in Scotland. This PS400m is mainly composed of wage and production costs. The substantial profit margins and intellectual property value has been exported with the cargo.

Professor John Kay estimates that only PS400m of the PS25bn global retail sales value of Scotch whisky (only two per cent) remains in Scotland.

The Scotch Whisky Association (SWA), which exists as a lobbying force for private companies in the sector, claims that a further PS282m of income can be identified from taxation. That remains a low figure given the international scale of Scottish whisky exports. The SWA is determined to keep it that way.

When interviewing David Williamson, SWA government and communications director, he stresses that the whisky sector remains the pride of Scotland with a product that is visible and celebrated the world over. He is persuasive and genuine in his knowledge of the sectors and occasionally strays off romantically into talking about the beauty of the Speyside distilling heartlands.

It is harder to explain SWA’s political positions.

“We’re a trade body,” he interjects over my use of the word “lobbyists”.

If that’s the case, the Whisky Association is a forceful trade body. It doesn’t shy away from political confrontation.

The group’s website highlights demands for further tax cuts in alcohol duties. They have also been at the vanguard of a long-running fraca to stop the Scottish government’s minimum pricing of alcohol policy.

Williamson prefers the use of the phrase “fairer taxes” to explain the SWA’s position and puts up a spirited defence of the use of legal challenge. I ask whether it was difficult to oppose a law that has been supported by Scotland’s elected parliament. Such action is “never comfortable when the Scottish parliament has passed legislation”, he concedes.

Pending a further judgement, progress on minimum pricing has stalled. The SWA says that the move distorts the market, while the Scottish government says that setting a minimum price per unit of alcohol will reduce problem drinking and save lives.

Whatever the final verdict in this case it is a representation of how businesses and their representatives go toe-to-toe with government.

As in energy, banking and retail, the big corporate players have substantial influence over government. During the referendum on independence campaign, whisky figures were insistent that their voice was heard where it mattered.

Ivan Menezes, Diageo CEO, spoke to senior figures from both campaign teams in detail. “We’ve been very pro-active in ensuring the health of the industry is protected,” he said. Gavin Hewitt, the former chief executive of the SWA launched a broad swipe at the Scottish government by suggesting that Angus Robertson MP had tried to “neuter business comment”. Little evidence emerged behind the claims. Angus Robertson said they were “utterly false”.

Whether this was a public extension of the minimum pricing dispute through media comment is unknown. It certainly made for uncomfortable reading for the Scottish government. The SWA formally distanced itself from Hewitt’s remarks by commending the referendum process.

While calling for tax cuts and halting minimum pricing, the SWA is more shy on issues of employment and pay. I ask what Williamson makes of the recent Moray Trades Council complaints challenging zero hour contracts in the sector.

“It’s not something the organisation has taken a position on”, I’m informed. The SWA doesn’t know how many zero hour contracted staff there are in the sector. Unlike issues that impact pricing or profits, it’s left to individual SWA members to set employment and pay policy, although further SWA research is pending.

“Concerns have been raised particularly around pay and contracts. This issue has been raised through the parliamentary cross party group, with the Scotch Whisky Association and others. I will be pursuing it directly with the companies concerned,” Angus Robertson MP

Angus Robertson, head of the SNP Westminster MPs, isn’t willing to let the matter drop: “Concerns have been raised particularly around pay and contracts,” he says. “This issue has been raised through the parliamentary cross party group, with the Scotch Whisky Association and others. I will be pursuing it directly with the companies concerned.”

Craft beer company Brewdog, which has headquarters in the north-east of Scotland, recently announced it will implement the Living Wage, including for its bar staff. Brewdog is heralded as the star of new start-ups. The whisky sector has also generated new investment through fresh distilleries – with 30 projects being considered. New firms have the potential to diversify ownership and production in the sector.

This may well change the whisky sector’s relationship with social responsibility measures and minimum pricing. In the meantime, it raises the question of why health proposals provoke opposition from whisky representatives. Is minimum pricing feared as the thin end of a wedge? Does the business lobby fear further interventions or taxation measures?

If so, it’s reports like Graeme Blackett’s of Biggar Economics that would send shivers up spines. As the sector relies on high quality water and fertile land for grain, he argues that a production tax would represent a fair return for the public purse. Other experts share his perspective.

“Lots of governments are making lots of money out of whisky – just not ours,” said Professor Kay on the issue of whisky profit flight in a previous investigation by The Herald. He continued: “There needs to be a proper debate about this, not just the usual self-congratulation to which we Scots are prone.”

A rhetorical response from big business to regulation is the spectre of moving operations elsewhere. This isn’t open to the whisky sector which has spent decades defending its Scottish production base and is now legally intertwined with ‘Brand Scotland’. “Unlike other businesses, we can’t pick up and leave Scotland. We’re there to stay,” said Diageo chief Menezes in May this year.

The SWA oppose any further taxation on the sector – what they call a “tax on success”. They are confident that the Scottish government agrees with them.

Blackett estimated that his tax would generate a substantial PS1bn in extra revenue for the Scottish parliament, even when factoring in a potential fall in demand. Powers to introduce new taxes will shortly be delivered to Holyrood as part of the Scotland Act 2012.

With substantial cuts on their way to Scotland from Westminster, whisky revenue provides a potential escape. Any tax reform would face opposition from business lobbyists.

The SWA oppose any further taxation on the sector – what they call a “tax on success”. They are confident that the Scottish government agrees with them.

Whether the new cabinet, under Nicola Sturgeon’s leadership, is brave enough for that discussion is yet to be seen.