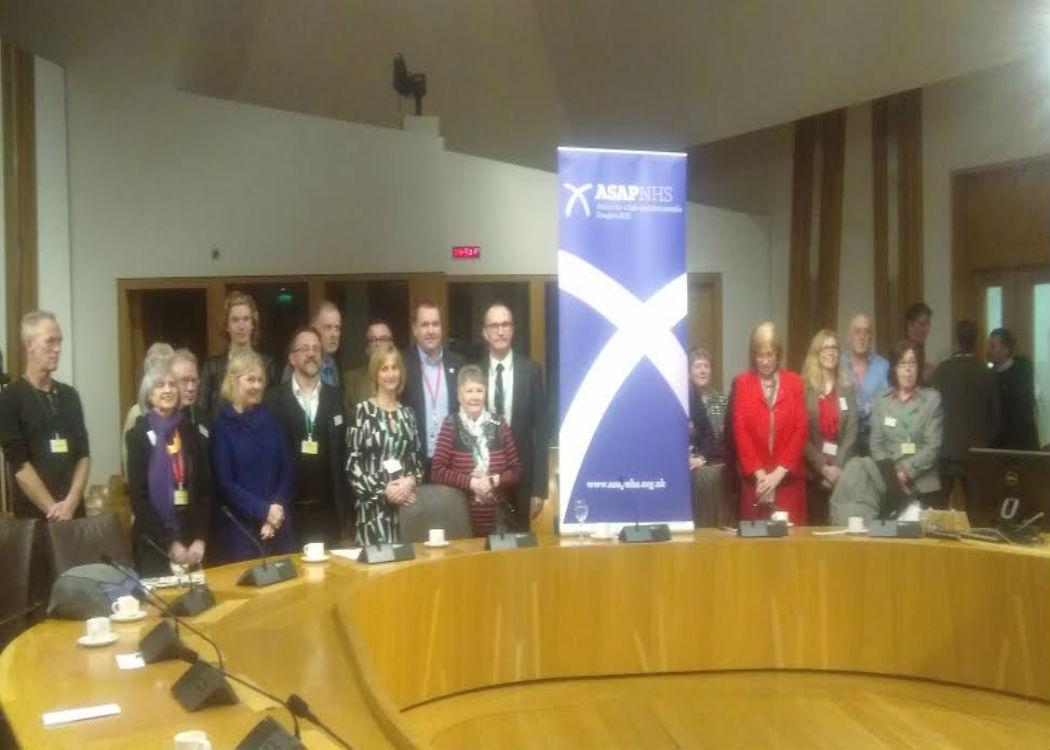 WHISTLE-BLOWERS have claimed that as many as 2,000 unnecessary deaths are taking place in Scottish NHS services every year at the launch of their campaign to reform health services.

The event, chaired by left wing Labour MSP Neil Findlay, featured testimony from whistle-blowers, former and current health professional from various NHS Scotland services and relatives of patients who died in the care of Scottish NHS services and heard repeated claims that as many as 2,000 people per year may be dying unnecessarily due to pressures such as under staffing. Campaigners stated the figure was as yet unverifiable due to NHS Scotland lack of independent regulation.

The meeting of around 50 concerned citizens, which also included trade union activists from hospital unions, heard that the NHS was struggling under a culture of “commercialism” and “managerialism” which led to chronic problems being concealed by “cliques” at the executive level of the health service.

The meeting also heard the testimony of a former regulator Roger Livermore that the NHS had no independent regulatory body to oversee patient safety, and that this deficit made it unusual among public institutions, including the NHS in the rest of the UK.

“Since the 1980s we have had a new problem with the commercialisation and resultant managerialism of NHS.” Ian Kerr, ASAP-NHS

Ian Kerr, the ASAP-NHS campaigner who introduced the group and its concerns, told CommonSpace: “We partly have a historic problem in Scotland with deference to authority. This goes way back to the time before the NHS when poorer patients would feel priviledged just to get care.”

“But since the 1980s we have had a new problem with the commercialisation and resultant managerialism of NHS. Although the Scottish NHS is not nearly as commercialised as its English counterpart, it has still suffered from this culture.”

Encouraging the campaign to continue reaching out to MSPs, Findlay said: “The 125 MSP’s who aren’t here, their constituency case-loads will contain stories like yours. In the run up to an election, they will be more open to listening.”

Responding to the claims, Health Secretary Shona Robison said: “The Scottish Government has made absolutely clear to health boards that they must ensure it is safe and acceptable for staff to speak up about any concerns they may have, particularly in relation to patient safety, and with the knowledge that any genuine concern will be treated seriously and investigated properly.

“We are in the process of establishing the role of an Independent National Whistle-blowing Officer, to provide an independent and external review on the handling of whistle-blowing cases in NHSScotland. This builds on measures already in place including an external confidential alert line, through which staff can raise concerns and the introduction of Whistle-blowing Champions in each health board last year.

“These actions should demonstrate our commitment to support whistle-blowers across our NHS, and we hope this new pressure group can make a positive contribution to this agenda and the considerable work we have underway.”

ASAP-NHS has launched a petition as part of its campaign to establish a fully funded and truly independent regulator for NHS Scotland.
CommonSpace journalism is completely free from the influence of advertisers and is only possible with your continued support. Please contribute a monthly amount towards our costs . Build the Scotland you want to live in – support our new media.
Picture: CommonSpace
Common Space
Archive
Share Article: