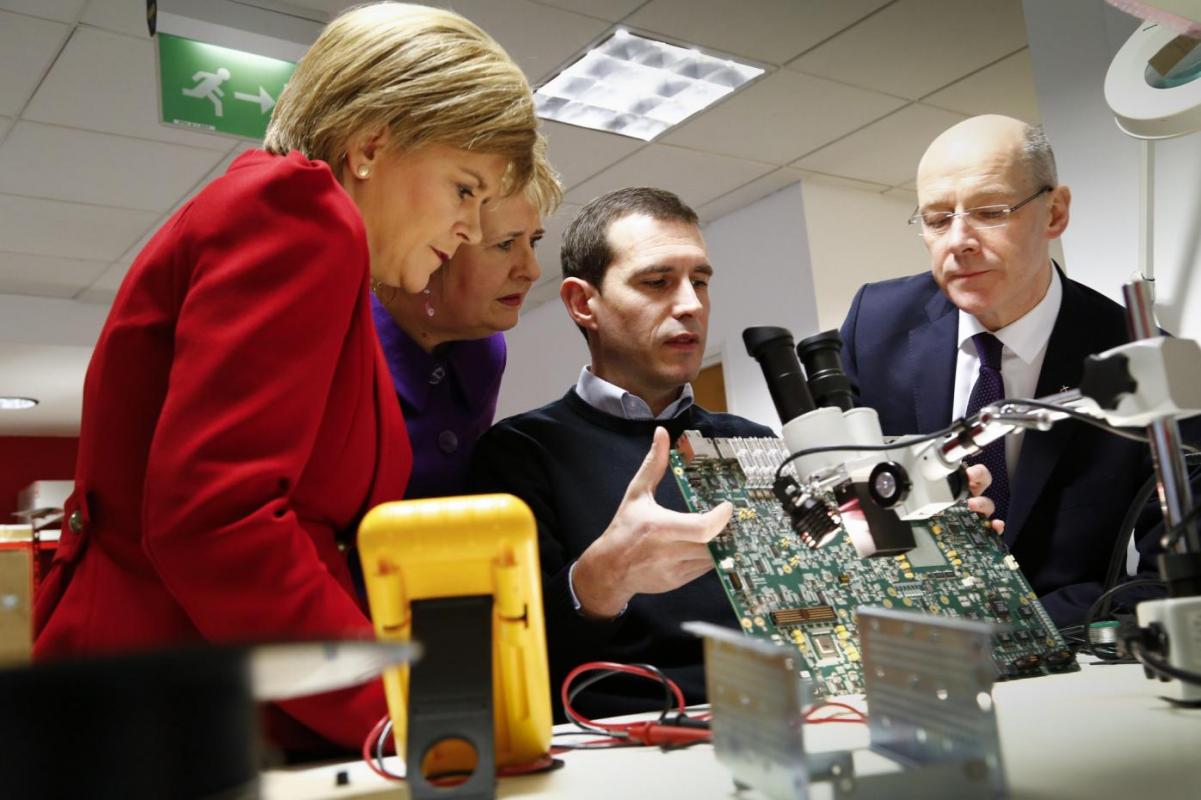 The Scottish Government adds to its top financial team. Who are they?

THE Council of Economic Advisers helps direct Scottish Government policy, so it’s a big deal when it comes to the country’s tax and investment policies.

As a new first minister, Nicola Sturgeon has added five new members to the team. But who are they and what record do they have?

During his time as chief medical officer he campaigned to improve health equality in Scotland and challenged the economic and social roots of inequality.

When he was selected to the council, Burns told the Daily Record: “I will make sure they are on a fast learning curve around inequality and social justice. Justice has to take precedence. It is not about the money. It is about people’s potential and everyone in Scotland contributing to the max in terms of their artistic, creative and work capacity.”

He continued: “The reason we are in the situation we are in is because there is a gulf between rich and poor. We used to think it was just smoking and drinking that caused ill-health. But we realised those causes had causes – often social circumstances that made them feel hopeless about their lives. That has got worse as the economic gap has widened.”

You can listen to a full lecture by Dr Harry Burns on wellbeing at this link (click here).

2) Professor Mariana Mazzucato, economist at the University of Sussex

Professor Mazzucato is a dual Italian-American researcher, based at the University of Sussex.

Her publication The Entrepreneurial State argued that technological progress is best achieved through public agencies. Digital companies in Silicon Valley, for instance, benefited from a range of public sector investments that helped jobs and companies grow.

Mazzucato is also a researcher with the think-tank Demos.

At the start of 2015, Mazzucato criticised the failure of politicians to reform the financial services sector.

“Until we bring together innovation policy, financial reform, and the strengthening of institutions that can fight on the behalf of labour (the wage share of income), we will continue to obsess over ‘fixing finance’, while leaving the real economy as sick as before: rising inequality, many small weak firms, and a few large financialised ones, asking for more and more while giving back less and less. The perfect recipe for the next financial casino and…bust,” she said. (click here to read more.)

3) Professor Anton Muscatelli, Principal of the University of Glasgow

A graduate and now principal of the University of Glasgow, Professor Muscatelli is recognised as a significant figure in Scottish economic and academic circles.

During the referendum campaign he gave evidence to the Scottish Parliament both on matters of currency – he was a “strong supporter” of a currency union – and wider economic planning.

On 12 March 2014, Muscatelli noted: “There was a very interesting study by the IFS which compared what small, open economies do and how they direct their spend relative to larger economies. That’s the sort of thing that politicians should be aware of and look at.

“More of their spend [in smaller countries] is directed towards economic development and education and away from things like defence which are less important for smaller countries than for larger countries.” (click here to see more.)

In 2010 he faced Glasgow University’s largest ever protests. Thousands of students marched against the senior management of the university as spending cuts were imposed and a police unit was sent to wrestle students from the occupied ‘Free Hetherington’ building.

4) Professor Sara Carter, Education and Entrepreneurship at the University of Strathclyde

Professor Carter’s work has focused on the small business sector and its relationship to under-represented business populations.

Since 2006 Carter has been a visiting professor at the Norland Research Institute in Norway, which focuses on social sciences and business management issues.

Carter is also a board member of Women’s Enterprise Scotland and has also published work on women in entrepreneurship.

Originally from Linwood, McMillan trained as a chartered accountant with one of the ‘big four’ firms KPMG and sits on the board of the Glasgow Chamber of Commerce.

In an interview with the magazine Aspire, McMillan explained: “We lobby hard on public policy around aviation as we are negotiating with airlines over pennies so discussions with politicians around aviation tax is so important with regards to global competition.”

Critics, speaking to CommonSpace, have queried why business representative are given prominence in the advisory group. Other significant economic groups – for instance charities and trade unions – are less likely to be represented.