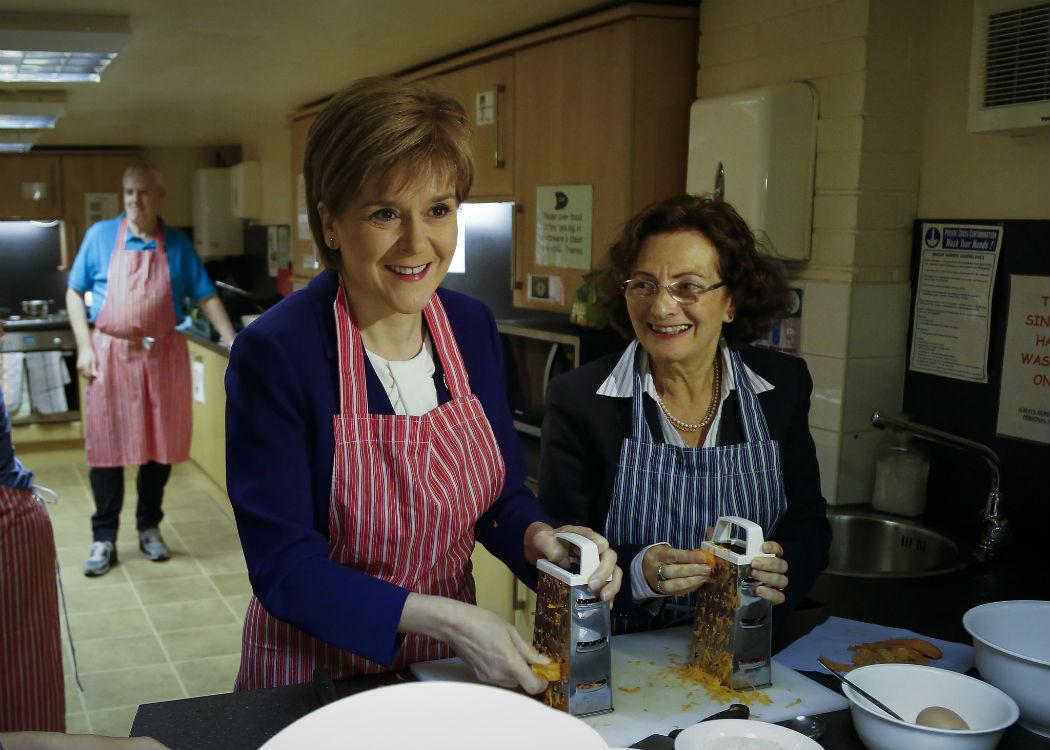 Naomi Eisenstadt has been appointed the first minister’s new independent policy adviser. Who is she and what can she bring to the role?

FIRST MINISTER Nicola Sturgeon has appointed a new independent advisor, Naomi Eisenstadt, who is tasked with assessing the impact of all aspects of government policy on alleviating poverty and tackling inequality.

The role is a wide-ranging brief, which will involve having a public profile on poverty issues and reports to ministers on what they could be doing to help alleviate poverty.

CommonSpace takes a look at Eisenstadt’s background and what people should expect.

Sure Start and early years development

Eisenstadt is an expert in tackling child poverty, with a career both academically and professionally in child development and family policy.

Her biggest role to date was as the first director of the UK Government’s Sure Start child development programme in 1999, which attempted to improve childcare, early education, health and family support through a community development strategy.

Sure Start grew over the next 10 years into children centres in every English local authority (a slightly different system existed in Scotland) and is widely credited with having a positive impact.

It was cut under the coalition government, with a change in emphasis away from community support towards targeted support in the home for the most disadvantaged children.

After leaving the role as director, Eisenstadt continued to argue in support of Sure Start, while making the case for improvements to make the programme more “intensive” and focused more on babies (click here to read more). She recently published a book about Sure Start.

Her emphasis on early years development therefore chimes with the Scottish Government’s strategy of a big increase in free childcare. Expect this area to be a big priority for Eisenstadt.

After leaving Sure Start, Eisenstadt took up a position as director of the Social Exclusion Task Force, a body set up by the UK Government to provide strategic advice and policy analysis on the issue of social exclusion.

Social exclusion is another term for the alienation experienced by people in the most deprived communities. The task force produced over 50 reports on issues like mental health, rough sleeping and teenage pregnancy.

Eisenstadt therefore has an in-depth knowledge of the combination of issues facing people in poverty, and with deprived communities in Scotland with up to 50 per cent youth unemployment and systemic drug and alcohol abuse problems, that knowledge is likely to come in handy.

Women and the criminal justice system

Eisenstadt has also carried out a research project on women and the criminal justice system, and with the Scottish Government announcing on Monday [22 June] a new strategy around women and criminal justice based on “custody in the community” and moving away from imprisonment (click here to read more) expect Eisenstadt to involve herself on this issue.

Eisenstadt has made a career of working with government, whether in government positions or in the academy where she’s sought practical application of her ideas.

It’s clear, therefore, from her writing that she is pragmatic and realistic about what can be achieved and how quickly, but with a clear emphasis on the role of community solutions and prioritisation of early years development.

Her experience means she’s unlikely to be intimidated by the role, but the challenge is steep – how can a dent be made in Scotland’s persistently large number of people in poverty in the context of ‘the age of austerity’?

If she can provide an effective answer to that question Nicola Sturgeon will consider her will be worth every penny.