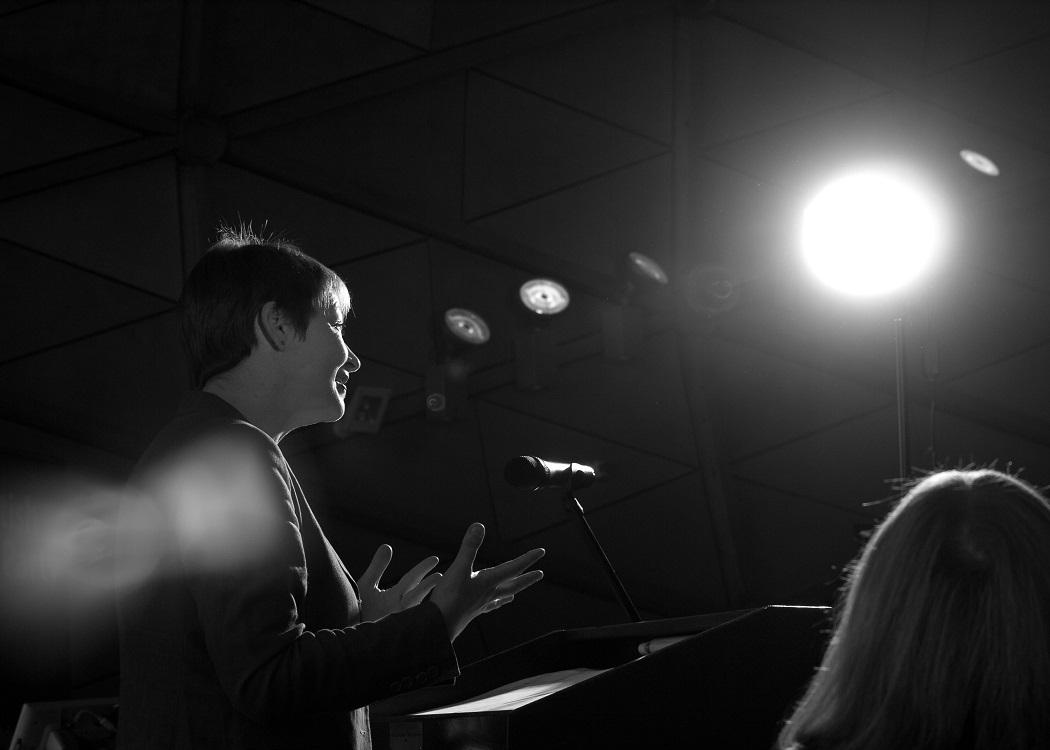 By writer and poet David Allison

IT’S not easy being Green right now. Having managed to turn their exclusion from the proposed TV debates into the sort of media story habitually granted to right wing, anti-immigration parties, the Green Party of England and Wales now find themselves being monstered by the press (hungry for a story but seemingly horrified that a political party might want to change more than the name of the prime minister), and the Labour party (perpetually bewildered by the suggestion that non-Tory votes aren’t theirs by default).

The fact that these two pressures are sometimes one and the same is worth noting, particularly when it leads to clumsy smears like the mathematically inept article about a recently advertised policy assistant job that’s done the rounds in The Times, Labour List and The Huffington Post.

Having finally worked out how to attract attention, the Greens now find themselves in the awkward position of trying to appear both electable and radical, hence Caroline Lucas’ statement that Citizen’s Income wouldn’t be a manifesto commitment or a “red line” issue for post-election negotiations. While Lucas’ position is reasonable enough in itself (Citizen’s Income is still party policy, but the Greens won’t realistically be in a position to implement or insist on it after this election), it plays a little bit too neatly into the idea that basic income is a fairytale.

If you want to maintain and develop the idea of what’s possible in politics, it’s important not to look like you’re willing to abandon your policy ideas on first challenge.

The hostile press spin is that they’ve “dropped” the policy, and while conservative publications and Labour tribalists are both equally unlikely to embrace the Greens anytime soon it seems to me that the Greens willingness to fight for big, genuinely transformative ideas like Citizen’s Income is an asset in the current political environment.

Cards on the table, I’m a member of the Scottish Greens. I joined the party a full fortnight before it was trendy to do so in the hope of being part of a credible opposition to the SNP in an independent Scotland.

That didn’t really work out, but the hope and desires that led to me making this decision didn’t dissipate on the 19th of September, and there’s little that’s uniquely Scottish about them.

For me, as for so many other people, the independence referendum was an opportunity to imagine a societal change more profound than what was being offered by the Scottish Government’s White Paper. Likewise, the Green Surge – modest as its likely impact will be – is nothing if it’s not a refutation of what we’ve been told is possible, by Labour (still unsure of themselves post-Blair and post-crash), the Tories (still Tory) and by the Liberal Democrats, whose leader suggested that mass-disillusionment was the inevitable outcome of increased political power when discussing the rise of the Greens.

This is one reason why I’d like to see the Green parties of the UK to come out hard in defence of Citizen’s Income right now. If you want to maintain and develop the idea of what’s possible in politics, it’s important not to look like you’re willing to abandon your policy ideas on first challenge, as UKIP are want to do anytime they aspire to something more than anti-EU/immigrant rhetoric.

If it’s about “longer term aspirations”, as Lucas says, prominent Greens like her need to start making the case for it passionately and powerfully now.

The other reason why I want to see Citizen’s Income defended it’s simply a good policy. Some of the criticisms it’s received have been incoherent – would it really reduce the motive to strike, as Vice suggested, or would it provide financial security for striking workers? – while others have simply made it clear that it’s only worth doing if you do it properly.

If funding a robust basic income would mean rethinking our whole economy, as Channel 4 News’ economics editor Paul Mason has argued, the Green party could still join him in boldly admitting that this might be a good, even necessary thing.

It’s not easy being Green right now, but that’s okay because it’s not the end of the story. The most important thing is how well they handle this pressure, and whether they manage to make policies like Citizen’s Income seem not just possible but desirable to the public. If it’s about “longer term aspirations”, as Lucas says, prominent Greens like her need to start making the case for it passionately and powerfully now.

Proposals such as the Common Weal’s Red Lines campaign suggest ways that the Greens can find shared ground with other parties and increase their influence, which – alongside assured media performances from the likes of Lucas, or the Scottish Greens’ Patrick Harvie – could do a lot to increase the Green parties’ credibility. None of this, however, should come at the expense of the genuine vision the Greens offer: the reminder that this is not the only possible world.