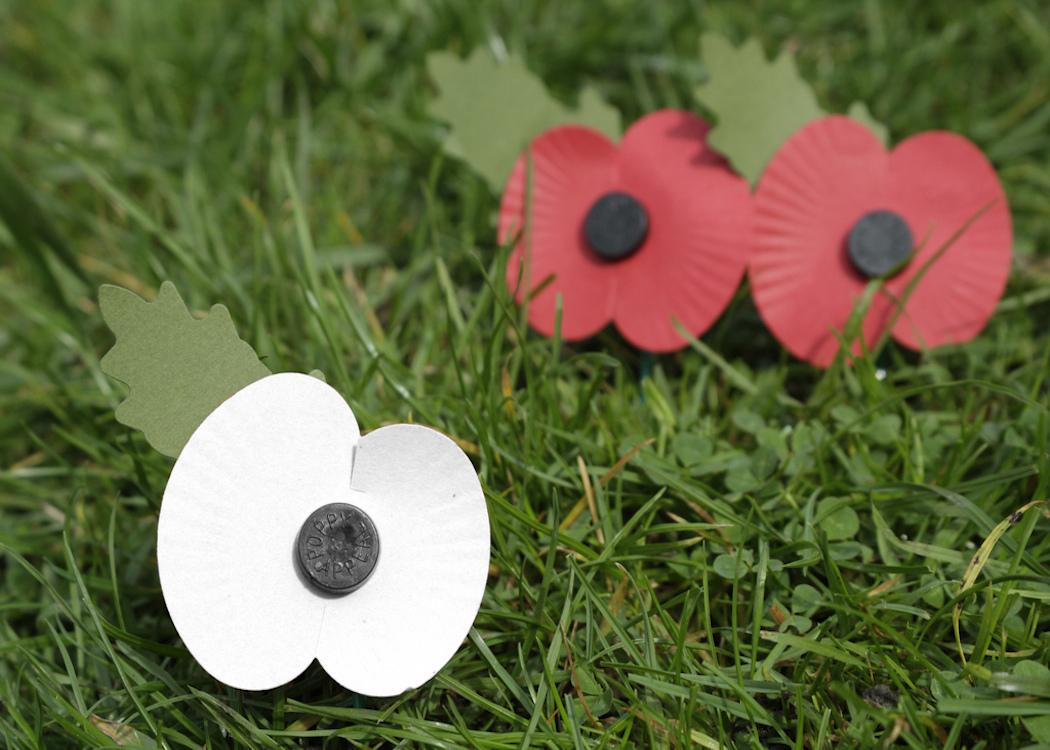 ON SUNDAY 8 NOVEMBER events will be held across the UK to mark remembrance for those who died in war.

The red poppy has – for many in the media, government and military – become the official symbol of the events. The poppy, originally devised by the Haig Foundation and Royal British Legion, has been sold to raise money for those injured in brutal British wars spanning across the last century.

However, for many the red poppy is increasingly tainted by its association with militarism and a period where military events are celebrated rather than questioned.

From 1933 peace organisations have promoted a white poppy for peace and non-violence as an alternative symbol that remembers all victims of war, both military and civilian.

CommonSpace spoke to three organisations in Scotland that are promoting the white poppy this year.

“Calton Books has sold white poppies every year since we opened in 2012. We believe that communities have different ways of commemorating and if people truly wish to remember those who gave their lives, or lost their lives then they should wear a white poppy.

“A white poppy remembers not only the military dead, but also the civilian dead. The civilians who did not ask for or support war but paid a terrible price in any case.

“A white poppy says we do not accept the militarisation of society, nor successive UK governments – Labour and Tory – using the dead of previous generations to justify their actions, in current conflicts.

“A white poppy says our young working class people should not be in far off lands, killing, maiming and dying on behalf of Britannia, who no longer rules the waves!

“We stock a very good book by John Newsinger ‘The Blood Never Dried: A People’s History of the British Empire’. The red poppy for us symbolises the blood and the dead of all those nations Britain murdered and plundered its way across to build that empire. A history the establishment wants us to forget.

“So please do wear a poppy if you wish but make it a white one, in commemoration of all who have lost their lives.”

“Often when the phone rings at this time of year it’s someone looking for white poppies. They are popular with those members who want to respect those who died in the wars, both members of the armed services and civilians, without glorifying war. We had already used up our stock of 200 poppies by the end of October and have just taken delivery of emergency supplies.

“Anyone who wants to wear a white poppy to show their commitment to peace, either on its own or alongside a red poppy, should call us or call in at the office.”

“We stock them because it’s important. It’s white poppies for peace to commemorate all the victims and survivors of all wars. The red poppies are traditionally for the two world wars in the UK.

“We’ve been stocking them for years and people just come in and make a donation. We’ve been trying to support the peace pledge union as they do a lot of work for peace throughout the year. We think it’s important to support that.

“In the last two or three years there has been a massive increase in people coming here to the shop to get them, quite a dramatic increase. It’s a movement that’s generating momentum. We’ve had to order in more.”

Former RAF veteran Harry Leslie Smith , a survivor of the second world war, has stated this will be the last year he wears a red poppy due to a rise in associating the symbol with justifications for war.