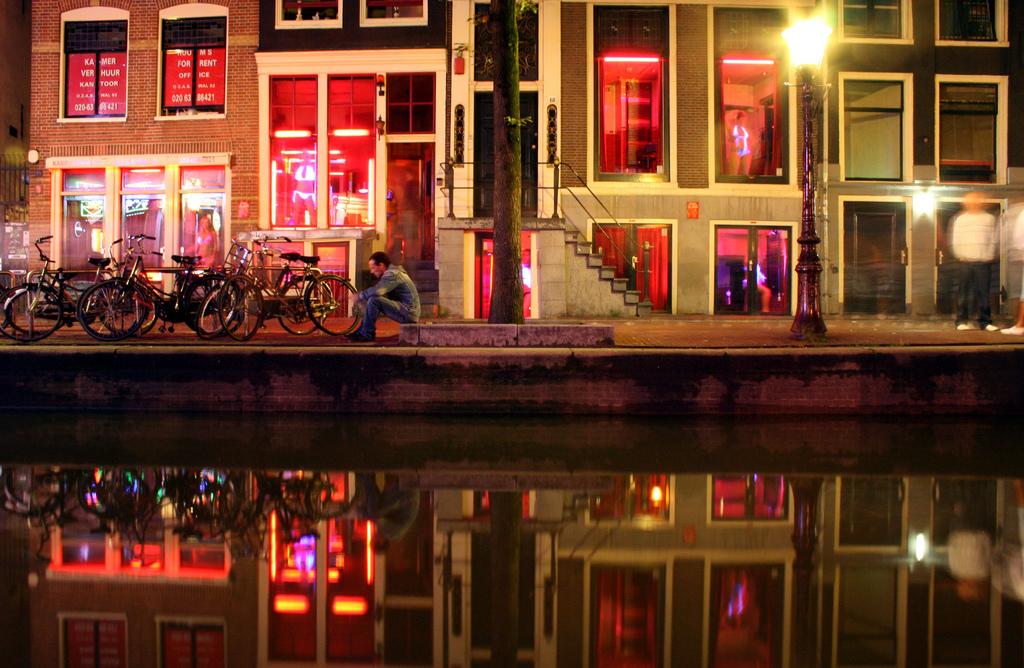 Columnist Cath Sullivan examines calls for the decriminalisation of prostitution.

JEAN URQUHART has very understandably launched a campaign to decriminalise prostitution. I can see where she is coming from. Women in prostitution are walking a fine line, negotiating danger every time they go out on the streets while also trying to avoid the surveillance of the police.

I have no doubt that most of the women would like prostitution to be decriminalised since it would remove the stress of being arrested and being processed through the criminal justice system. The nuisance of being held in police cells appearing in court, paying fines and being accountable to a penal system. You can see how trying to avoid detection and abide by curfews can make looking after safety issues harder – eg working alone, being unable to report assaults or other crimes.

Although it is hard to drive street prostitution underground. Most cities have surveillance information and know who the woman are. This affords some limited safety.

“There is a cultural view that prostitution is OK – just monetary exchange for a normal, consensual activity. I once held this view myself.”

We may know less about what is happening indoors.

The problem is that if you decriminalise prostitution you legitimise violence against women. Women do not chose prostitution as a progressive career choice and I do not believe those who would argue that they do so.

They are driven to prostitution through poverty and addiction and lack of other positive choices where they are coerced and controlled by men. They do not chose prostitution over a salaried, fair paid job and they do not retain control of their lives afterwards. It is hardly the ‘job’ that most men – including those who exploit the women – would choose for their daughters, partners or mothers. So why is it okay for others?

There is a cultural view that prostitution is OK – just monetary exchange for a normal, consensual activity. I once held this view myself.

Whilst some women may say it’s their right, the reality is not the glamour image of an empowered woman at a bar having a right to make money after a night of sex which she enjoys. It’s men exploiting vulnerable women who have little power or control over the situation. The majority of the men expect something more in return for payment and that often involves pain. Otherwise they would not be there.

There is a current paternalistic attitude towards women in prostitution. Prostitutes are controlled by men on the streets and then by men in positions of power. One councillor at a meeting in Glasgow told other councillors he was chairman of the violence against women partnership to give it ‘gravitas’. I would have thought a woman might have been good in that chair.

There is a zero tolerance to prostitution and woman are faced with criminalisation in a male dominated criminal justice system. You can see why women would want this to change. They are coerced by the men and then by the paternalistic authorities who have them under surveillance – possibly for their own good – but who basically want them off the street. They just want the authorities to leave them alone.

However, we cannot legalise and thus legitimise prostitution. The Scottish Government Violence against Women policies have rightly recognised the place of prostitution within this. If you look at the backgrounds of many women in prostitution they have been victims of childhood, physical and sexual abuse, rape, associated trauma and mental health problems, personality disorder, domestic violence and subsequent addiction.

“Prostitution is gender based violence and it exists for the same reason as other forms of violence against women.”

It is overwhelmingly these factors that drive them towards other men who exploit them and who employ them on the streets. I repeat there is no glamour in this despite what some folk may argue. It is not women doing what they enjoy and are good at. They have no other options.

Even if you could believe the few women who say it’s okay for them, it is quite clearly not okay for all the others. That’s who we have to consider.

An exhibition a few years ago in GOMA – constructed from quotes from a popular online prostitute review forum – listed the demands men have for paying women for sex. They involved hurting the woman, doing things they would never ask their wife or girlfriends to do and the glory of having this power over the women. None of the descriptions from the women showed pleasure but rather pointed towards fear coercion and compliance. This was an important exhibition since we have historically been better at making assumptions than raising awareness.

“If we want to combat violence against women and prostitution then we need to start with challenging gender stereotypes and addressing inequality issues.”

It starts from our gender stereotypes that perpetuate discrimination against women, give women their place and which enable men to become perpetrators. The answers start with anti discriminatory policies which is why the Scottish Government set up partnerships, emphasising awareness training. If we want to combat violence against women and prostitution then we need to start with challenging gender stereotypes and addressing inequality issues.

The answer does not lie in legitimising this form of exploitation and violence. That legitimizes the men. This would increase the market and exploitation and further weaken the overall position of women in our society.

Like all market situations I would approach this from a demand basis. If men were not queuing up to exploit women then we would not have prostitution. We currently criminalise the supply. The women have the double jeopardy of being exploited by the men and penalised by the system.

I do not agree with Jean Urquhart. Her approach rests on legalising prostitution, legitimizing the men and – then – trying to work out which women are being coerced. How would this be defined identified and policed? What factors would identify whether or not a woman was coerced? Would it be sufficient if the woman simply said that she had agreed to prostitution?

This is too complicated for any legal and social process to deal with. Why would we want to go down this road to legitimize something that is not required and then try and filter out the – inevitable – plentiful – victims? Surely we regard our female population too highly to take such risks?

Why instead do we not concentrate on the demand side – the men?

The answer to this is simple: it is easier to pick on women. They are easier to identify, to arrest, to control.

What could we do instead? We could consider offering women realistic opportunities away from prostitution that are inclusive and meaningful. Proper choices. We could keep prostitution illegal, stop punishing the women and concentrate resources in taking the men out of the system. Start prosecuting the men instead of the women.

Perhaps there are too many men making money out of exploiting women – and too many men who use prostitutes – for this to be possible.

However, a society that truly values its women and is fair and equal will not have these problems. Prostitution would not be considered.