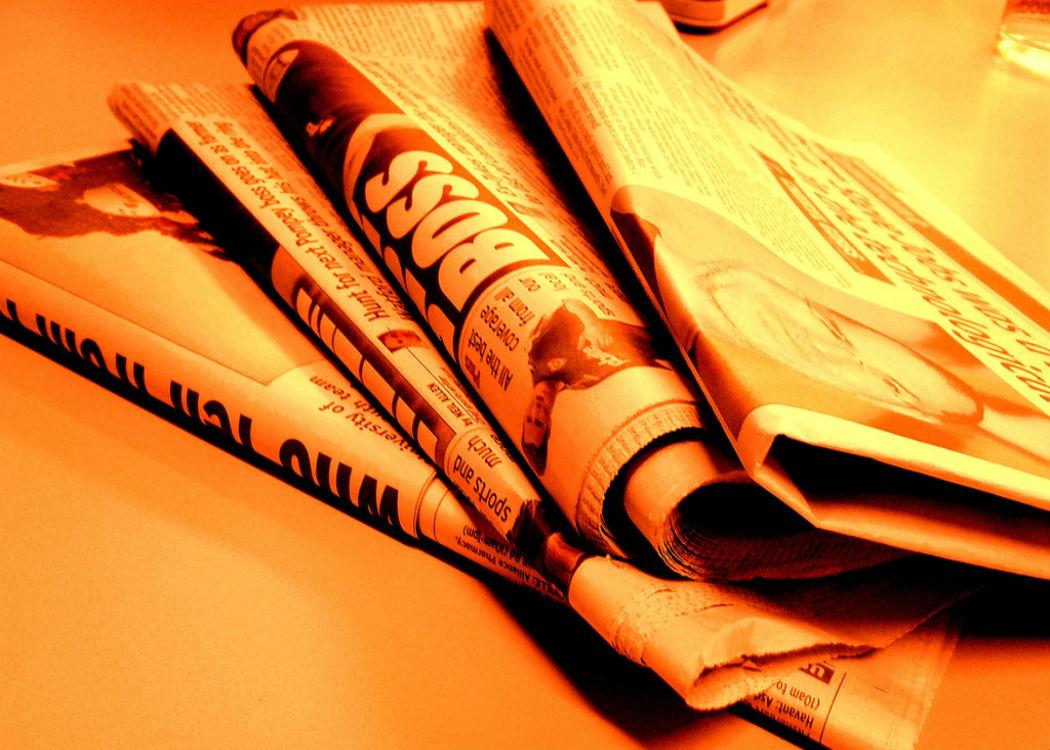 Ben Wray investigates whether estate agent alarm over John Swinney’s new property tax is justified, and questions whether yesterday’s reporting of the story was fair and balanced

THE Herald (page 10), Daily Telegraph (page 1), Daily Mail (page 34) and Scotsman (page 7) all ran stories on Wednesday warning of the imminent danger to the housing market in Scotland from John Swinney’s proposed property tax (officially the Land and Buildings Transaction Tax (LBTT)), due to be introduced on 1 April.

The Herald led with: “Swinney’s new property tax could cause housing market crash, estate agents claim”. The Daily Telegraph’s title was: “Wealthy Scots considering ‘fleeing’ high SNP taxes”. All of this was based on the claims of estate agents at a meeting organised by the Scottish Conservatives at Holyrood. But do the estate agents’ claims that Swinney’s new tax will lead to panic with wealth rushing out of the country have any basis in reality?

First, it’s worth examining the source of the claims of a looming housing catastrophe from LBTT in some more detail. The main exponent of the argument in all of the reports came from Savills estate agents, which, according to the Telegraph, “specialises in marketing homes worth more than PS500,000”.

One might think it to be worth noting not only that this source has a general interest in more, not less, housing transactions due to its status as an estate agent, and therefore would be naturally hostile to any bill which makes transactions more expensive, but that this is an estate agent whose business is primarily driven by homes over PS500,000, the very homes which are targeted most specifically by Swinney’s bill.

Yet not one of the four reports have comment considering whether this source could potentially be speaking out of self-interest. In fact, no critical perspective of the estate agents’ position by another community of people with expertise in housing, like a housing association or a housing academic, was provided in any of the reports.

Faisal Choudry, associate director of Savills, calculated that the property tax could raise as little as half of what the Scottish Government expect in “a worst case scenario”, but the only evidence for this was anecdotes of wealthy people deciding to sell up, or to stay in England rather than move back to Scotland for their retirement.

James Macnab, Savills director of sales, claimed that “if the top end stalls and goes back to 2009 levels, the shortfall would be catastrophic… This could be a market suppressed by tax.”

It’s worth looking at the impact of the property tax on those buying houses for PS500,000 plus. As the Herald article states, on a PS500,000 home one will pay PS8,350 more with the property tax than previously. On a PS1m home, nearly PS35,000 more. For someone making house purchases of this amount, it is hardly wallet busting.

No recognition was made in the reports of the tiny percentage that the property tax will make up of total tax revenue. In the last financial year, Revenue Scotland’s figures showed Stamp Duty Tax, the tax LBTT is replacing, brought in just one per cent of revenue. For taxpayers, Swinney’s property tax is therefore unlikely to be a matter of critical importance.

The only other argument given by the estate agents was that many wealthy home owners saw Swinney’s move as a sign of things to come when future taxes are devolved, and therefore concluded that “now’s the time to get out of Scotland”, as Macnab put it.

This dodged the fact that, despite many criticisms from the left, Swinney has persisted with a seven-year council tax freeze, a tax which is based on residential property. Furthermore, new tax powers for Scotland are not right around the corner, the Smith Commission proposals are expected to be introduced near the end of the next government’s five-year term.

None of the reports carried any comment about the possible positive impacts of a progressive taxation policy on the economy, or the need to address enormous inequalities in the housing market with hugely inflated prices and a crisis of affordable homes.

Stephen Boyd, STUC assistant secretary, said he found the reports in yesterday’s papers “hilariously over the top”, adding that the arguments “lacked any economic credibility”.

“There’s a genuine debate to be had about the Land and Buildings Transaction Tax, but I hope the Scottish Government take no notice of these scare stories,” Boyd said.

Boyd added that he thought the prominence given to estate agents perspective on this issue was unwise, as “they have no credibility on assessing the stability of the housing market, given their track record”.

Boyd also ridiculed some of the arguments in the Telegraph’s report of the issue: “The paper states that it would be incredibly bad if prices of homes over PS500,000 stopped rising. Actually, that would be a good thing. And the idea that this is ‘a tax on the middle class’ is just ridiculous.”

Sarah Glynn, author and lecturer in housing at University of the West of Scotland, had a similar perspective, arguing that “it is only to be expected” that estate agents at a meeting of the Scottish Conservatives would “protest at more progressive taxation”.

“Rising property prices and increasing differences in property values are a major contributor to inequality,” Glynn added. “If this tax does help stabilise or even reduce top property prices this would be a good thing.”

“We need to stop regarding houses as speculation rather than as homes, and not allow the inevitable protests by the rich to deflect us from progressing towards a fairer system. This tax is a small step in the right direction, but if we are serious about moving towards a more equal society we need to look seriously at taxing wealth, and introducing land value tax,” Glynn stated.

Robin McAlpine, Director of the Common Weal campaign group and think tank, questioned the lack of proper examination of the claims.

“You’re either a campaigning organisation or you’re an organisation using your expertise to try and provide balanced, neutral information. These claims seem so spurious, unsupported and lacking in credibility that they certainly don’t look like the latter.

“So is this an estate agent or a lobby group campaigning on behalf of the interests of the rich? And if they are a campaign group, why do they not face the kind of cross-examination that a campaign group would face? Just because wealthy people say something doesn’t make it so.”