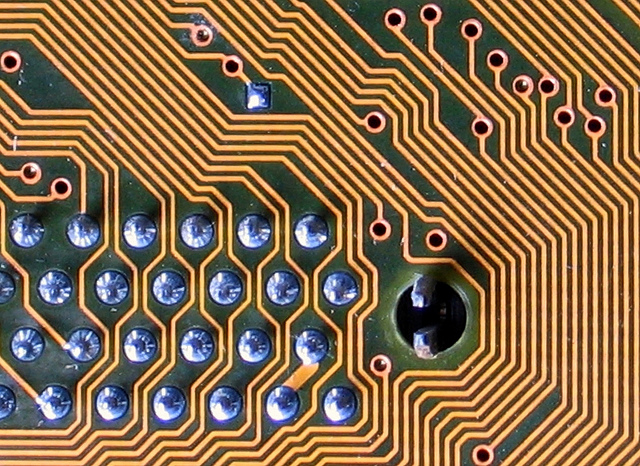 IT IS “very difficult to tell” whether technological change will lead to a major disruption of employment in Scotland, but it is likely to increase inequality, a new report by the Scottish Trades Union Congress (STUC) and Scottish Government has found in a report to coincide with the beginning of STUC annual congress.

The report follows upon the recent bi-annual meeting between Scotland’s First Minister, Nicola Sturgeon and the STUC to discuss the growing anxiety among some of the workforce that their jobs might be changed or even lost due to the advancement of new technology.

Two different views are examined of the potential impact of ‘the fourth industrial revolution’ – led by robotics and artificial intelligence – on employment. One is that the changes will be unlike previous periods of rapid technological change and render large sections of human labour redundant as commodities in a capitalist economy. The other view is that labour will prove to be more resilient and adapt, with technological changes displacing some work while creating new jobs elsewhere.

“It’s very difficult to tell which version of the future will prove more accurate,” the report finds.

The report said that one view experts were united on was that technological change is likely to lead to downward pressure on labour, increasing the share of value which goes to capital, and thus reinforcing inequality.

“In all cases, workers must be involved in how automation is introduced, shaping or controlling their own workplaces through collective trade union involvement.” Grahame Smith

According to the STUC General Secretary, Grahame Smith, automation represents a significant challenge to how “work is organised”, however in the long-term, it remains unclear how it would affect the quality and type of work S Scottish people will have.

“In all cases, workers must be involved in how automation is introduced, shaping or controlling their own workplaces through collective trade union involvement. Otherwise, we are likely to see automation pursued as a cost-cutting, profit-driven measure, implemented without proper training or controls, or used to abuse staff with inappropriate targets or high levels of surveillance. These are the sorts of consequences we will be debating at Congress, which the union movement is working to avoid,” Smith said.

The report found examples in Scotland where automation has led to job losses, such as bank closures due to the increase of internet banking and supermarkets due to automated tills at checkouts.

However, the report also highlights how where technology can improve safety and security like digitised records in the health service.

The overall picture of the Scottish labour market suggested that there was “little evidence” to support the idea that technological change was going to seriously disrupt the work environment as employment has remained consistently high, the report stated, but that the rise of precarious, part-time and self-employed work meant “that labour demand may not be as strong as the headline figures indicate”.

“Scottish workers are already benefitting from quality job opportunities in sectors such as game development and data analytics where we are at the forefront of technological change.” Nicola Sturgeon

The report highlights where Scotland is at the “forefront of technological change”, with 40,000 people now employed in the life sciences sector, the games sector and the work of Edinburgh University on robotics and data analytics.

First Minister Nicola Sturgeon said: “Scottish workers are already benefitting from quality job opportunities in sectors such as games development and data analytics where we are at the forefront of technological change.

“The report recognises and addresses the genuine fears many workers have over ways in which technology might affect their working lives and future job prospects, and highlights where Scottish Government approaches to skills development and fair work can help meet the challenges of technological change.”

Scottish Labour leader Richard Leonard said that the impact of digital development and technological change is being felt in “both long-established sectors of industry as well as newer emergent ones”.

Leonard said: “Automation is the latest test facing working people, but really it is the same test that was set in the first industrial revolution – how do we ensure that working people benefit from automation, rather than become its casualties?”

One in five jobs could be at risk from automation by 2030 according to a report by the Centre for Cities think-tank in January this year.