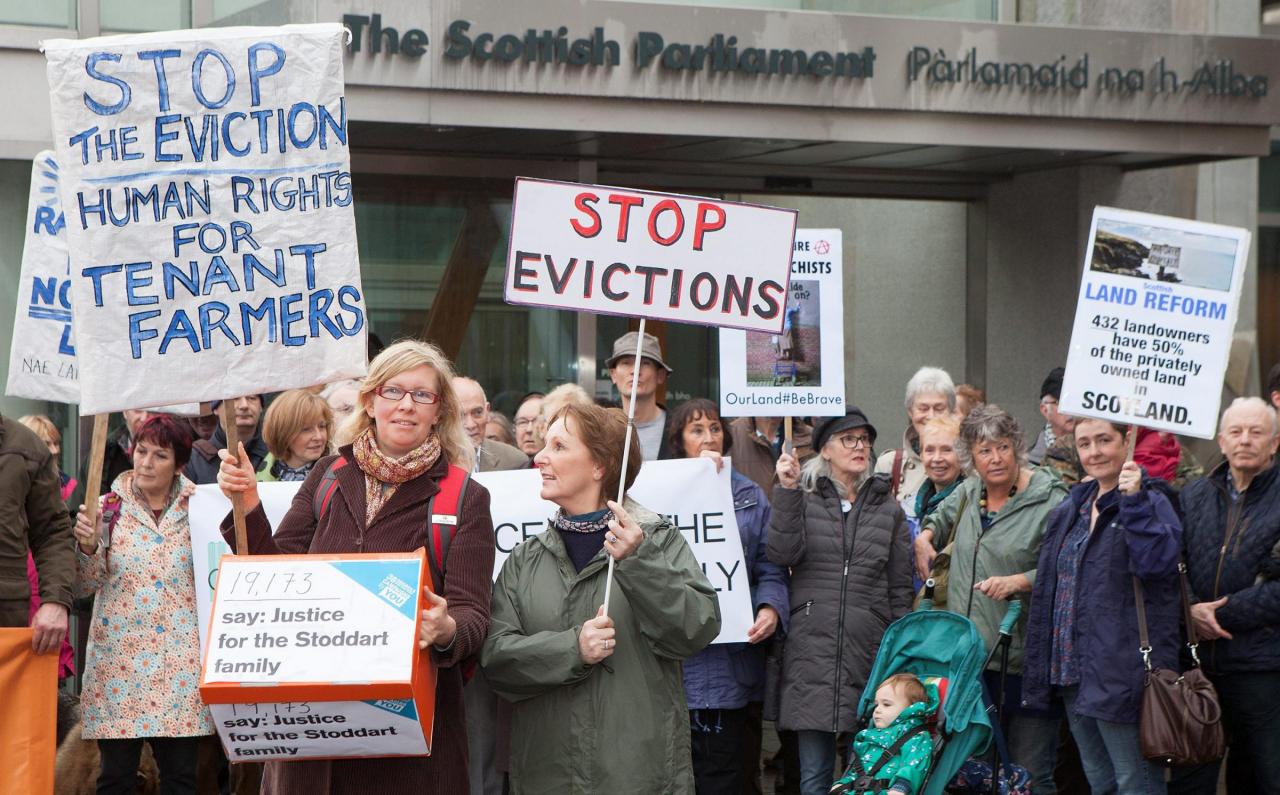 THE FIRST COMMISSIONERS to Scotland’s land agency to tackle centuries of land inequalities in the country have been proposed by the Scottish Government.

The Land Reform Act (2016), which was fiercely challenged for not going far enough, included establishing the Scottish Land Commission to further future work on the concentration of land ownership, land taxation, and effective use of land for the common good.

The body, which government hopes will put further action with added civil service resources, will be composed of six commissioners after vetting by the Scottish Parliament.

“I look forward to working with them as they consider further proposals for land reform, reviewing policy and legislation, shaping future developments relating to land ownership and how we ensure that land plays its part in helping communities across Scotland realise their potential.”

The proposed candidates are:

Thin has a close relationship with government through experience as an advisor and with non-governmental public organisations. This includes work as an advisor on tenant farming, and spells with Cairngorm National Park Authority, Scottish Natural Heritage, and Scottish Canals.

Adams, Professor of Property and Urban Studies at Glasgow University, became a leading voice in the land reform debate on issues of derelict urban land.

He called for “urgent action” to deal with the issue, and openly criticised a lack of action on urban dereliction from the Scottish Government in the original Land Reform Bill.

He supports greater use of Compulsory Sale Orders as a means to empowering communities to rejuvenate derelict land concentrated in Scotland’s poorest communities.

MacLeod has experience of accountancy and business. He is currently the chair of Community Land Scotland (CLS), a key membership organisation involved in the rapid expansion of community land ownership.

CLS and MacLeod have consistently worked with the government to strengthen its land reform proposals, and written for CommonSpace on why campaigners should continue to demand more action.

She coordinated the Lewis and Harris Greylag Goose Management Scheme for Scottish Natural Heritage, is the development office for the Carloway Estate Trust on Lewis, and holds a PhD in mathematical ecology.

MacInnes had a profound impact on the Land Reform Act, giving evidence that persuaded the government to embed social and economic human rights in its approach.

A land advisor to Global Witness, MacInnes has worked in Cambodia, Myanmar and Laos as part of global efforts to improve land rights and fight exploitation and land grabs.

McIntosh, candidate for the sole tenant farming role, is an ex-civil servant who has held a variety of senior government agency roles.

He was director of environment and forestry policy at the Scottish Government between 2012 and 2015, and was previously director of the Forestry Commission Scotland. He is also a partner is a hill farm and board member of Highlands and Islands Enterprise.

The proposed candidates will, if selected, have a mass of issues in the new department’s mailbox.

Wightman said: “Tenant farmers and their families who, through no fault of their own are now facing eviction, have invested significantly in their businesses and now face losing their livelihoods. I urge the Scottish Government to intervene by bringing forward emergency legislation that will halt any evictions pending a satisfactory mediated settlement.”