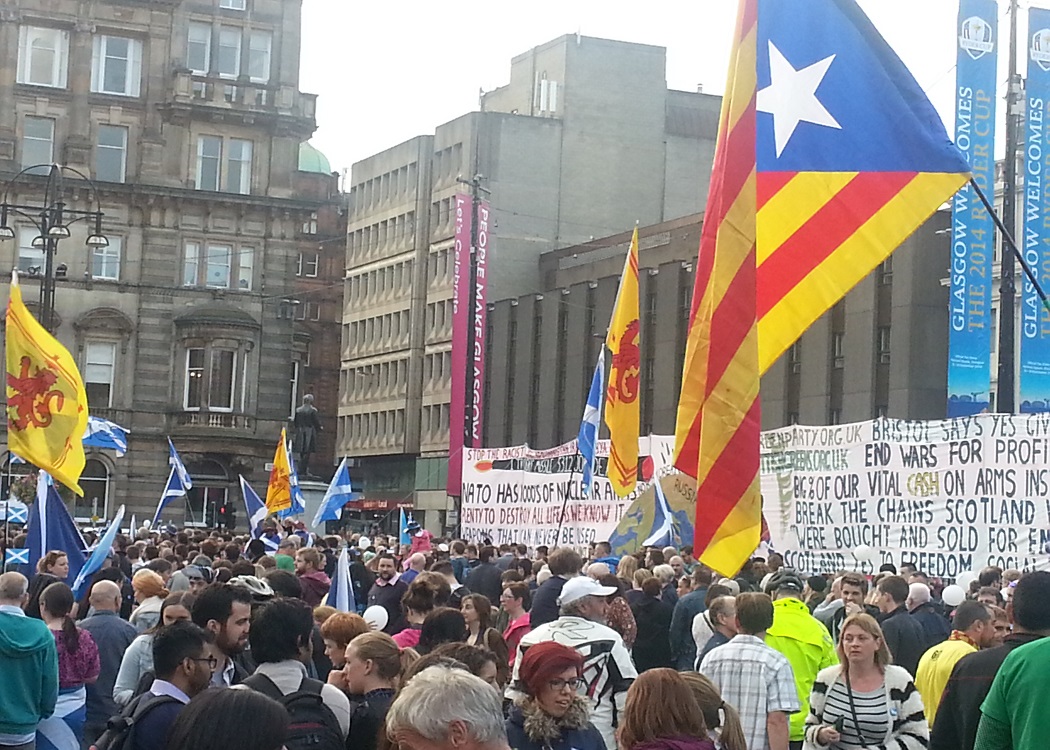 WITH the ScotRef campaign now underway, we all know that its ultimate success will be powered by the art of persuasion.

So, where is the best environment to unleash the persuasive powers of the Yes campaign? Well, according to a report by Ian Dommett, former marketing director at Yes Scotland, and Dr Iain Black, “nothing beats face-to-face conversations”.

Events are environments built and fuelled by face-to-face conversations. Without doubt, the events run by both campaigns will play a crucial role in determining the destination for Scotland, whenever that referendum comes.

Without doubt, the events run by both campaigns will play a crucial role in determining the destination for Scotland, whenever that referendum comes.

If events will be important in the art of persuasion, the Yes movement has to organise them as best it can. There have been various events run, and planned, by both sides so far this year and in general everything seems very much as it was in 2014. Isn’t it time to do things a bit differently?

As we look towards a bruising and likely extended campaign, we can’t underestimate the potential power of a successful event. To fully realise and release the power of events, the Yes movement has to learn lessons from 2014. Those organising events also need to catch up with the evolution of events over the last three years. And trust me, as someone who lives and breathes events every day, a lot has happened!

There have been various events run, and planned, by both sides so far this year and in general everything seems very much as it was in 2014. Isn’t it time to do things a bit differently?

On experience alone, the Yes movement has the potential to be better at everything, including events. However, for events to have the impact we desire, they have to  be fundamentally different. In short, I believe we have to start thinking about making the Yes movement events “experiences” and not simple, stayed, boring events.

Changing the direction for an entire movement – of perhaps thousands of individual events – is a significant and daunting challenge. To start that process I have highlighted five simple questions that ScotRef campaigners should ask when they start to plan their events.

1.) Do we have clear, defined and measurable objectives for our event?

Or put more simply: “Exactly why are we running this event?” Organisers have to choose from a list of possible objectives, and then structure the event to best achieve those objectives.

The first thing any campaigner should do is decide on, and set the objectives for their event. They should then plan and structure the event. I am pretty sure that few organisers followed this simple process in 2014. As events unfold this year, it is already clear that this is not happening.

2.) Are we making our events newsworthy?

When 5,000 people from the 1.6 million who voted Yes gather in a park or march through one of our major cities, they are doing many things, but they are not necessarily making news. Two things will make our events newsworthy; numbers and originality. It can be hard to do both, unless you can go all Catalan and have hands held across the entire region! (Even the BBC covered that.)

We have to really work to get numbers on the streets or to do things that are truly original. No more boring conferences, please!

3.) What are we doing to ensure that our events will be amplified by our attendees?

In order for people to amplify (share stuff online), organisers have to do innovative and interesting things at their events, and speakers have to say things that will encourage people to share. Bland speeches and boring-looking events, where nothing much actually happens, will rarely garner much amplification.

So how can you boost amplification? If you have have a unique event or the numbers (see above) this should flow naturally. However, how does the average small audience event boost its profile? Organisers should be thinking about this at the very early stages of their events.

4.) Is your event likely to be boring? Be honest!

Now, the word “conference” in itself will send many to sleep; especially those under 30 years old. The question organisers have to ask: is the event we are planning going to be boring?

There are scores of other event formats that campaigners could use to avoid the “speakers, speaking to a passive audience” format, that defines most conferences.

5.) How can we get creative with our next ScotRef events?

With the Yes campaign underpinned by “creatives” who, in general, are much more likely to support independence, it has a strong competitive advantage over the unionist camp. Live experiences should be where the Yes movement paints that inspiring, creative picture of Scotland.

The second independence campaign has to be all encompassing and has to inspire. Inspiring, engaging, educating and empowering participants are what great events do. Good events just won’t be good enough.

The Yes movement has to question everything it does, and the events run by the Yes movement are the perfect places to start. The reason? There really is no better way to show the vision for Scotland than at the ScotRef events.

William Thomson is an event consultant with over 20 years experience and has organised over 700 events. He is currently a director of Gallus Events and is drafting a live engagement strategy for the Yes movement.