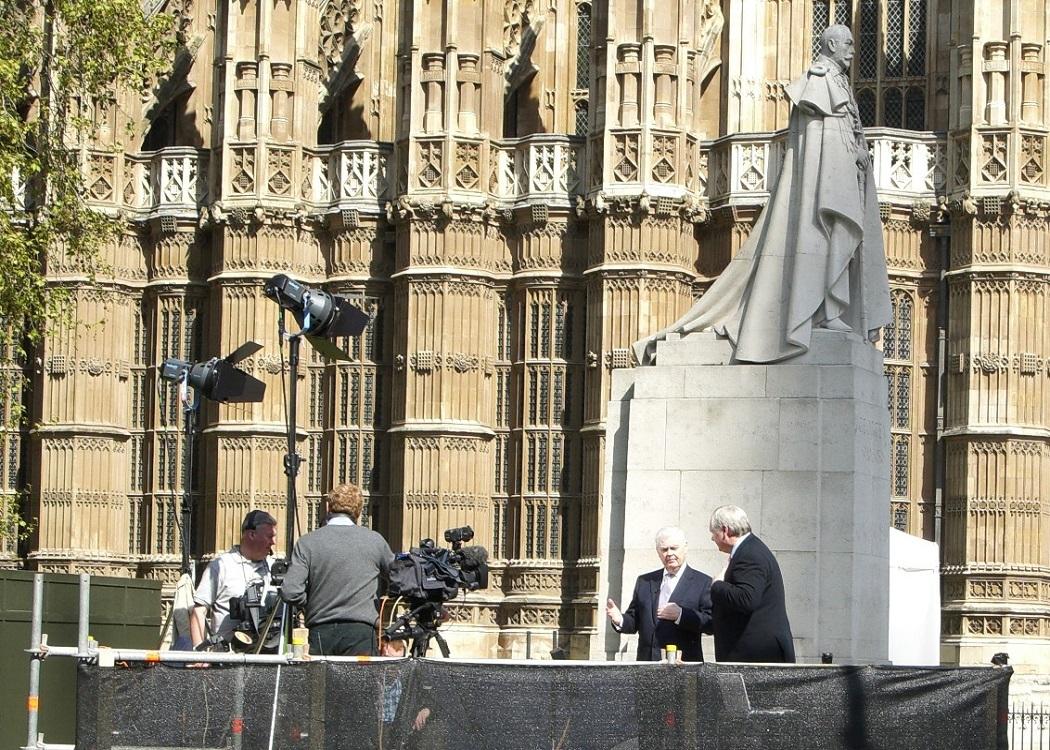 I predict the following: during the next Westminster
parliament:

Only if I assume that everything fed to me by the major news channels is the whole news. These issues are chewing up inches in our papers and pixels on our TV screens.

They are playing their role; shifting focus on to meaningless debates, disproportionately filling our newspapers and news bulletins. Think of them like three Nigel Farages – scary though that is.

Indyref2 lay under the bed ready to jump out and grab you in the middle of the night, before heading downstairs and raiding the house of PS7.6bn of your money, then driving away in your car. With your wife.

It is not that these constitutional issues do not merit consideration. In time, they will deserve proper scrutiny. But now? Now, it is a charade. A merry dance led by the Tory Government, cheek-to-cheek with the mainstream media.

While we consider the impact of any of these three constitutional upheavals, Westminster acts on its quite separate and real agenda.

We can see this as a certainty because the mood music has only recently stopped playing. The Indyref2 lament is still ringing in our ears. Throughout this spring, a second referendum on Scottish independence haunted the UK General Election campaign; a bogie man created for political purpose.

Indyref2 lay under the bed ready to jump out and grab you in the middle of the night, before heading downstairs and raiding the house of PS7.6bn of your money, then driving away in your car. With your wife.

You lost. Forget about it. Stop going on about it. Why do you keep mentioning it? Losers. This narrative, as played out, for example by Caroline Flint during an appearance on Question Time, served as the aperitif – the boxer’s jab before the left (or right) hook.

That hook was straightforward – repeated by Labour, Tory and Lib Dem alike. The referendum was supposed to be ‘once in a generation’. IndyRef2 is bad. SNP is bad. Seperatism is bad.

Yet, the only main UK political party not talking about Indyref2 was the SNP.

In interview after interview, Nicola Sturgeon with equanimity, both here in Scotland and in England, fielded questions on the “imminent referendum”. The mainstream media bought the narrative sold by Tories, Labour and Lib Dems. The absence of any manifesto commitment from the SNP for IndyRef2 was wilfully ignored.

Just take a minute to think about that. Election campaigns are so much about events and dazzle these days. Fancy 250gsm gloss-finished brochures. Pages of policies, promises and pledges. All delivered with with a flash, bang wallop in front of a room full of adoring acolytes.

The story of how IndyRef2 was used during the election campaign is a clue. It is a smoking gun which shows how the Conservative Party will drive a right-wing agenda.

In all those fresh-smelling pages there was nothing about a Scottish referendum. At no stage-managed event did Nicola Sturgeon call for it. There was no manifesto commitment.

The electorate could not vote for IndyRef2. So why all those questions and all that time discussing something that no one was suggesting? Weren’t there more important things to discuss?

In Scotland, we knew that we were being led up the garden path. Fifty-six seats for the SNP. Fifty per cent of the popular vote. Scottish Labour rejected by an electorate that had awoken during the referendum campaign, by an electorate that had grown tired of the charlatan mainstream media. We are staying up all night so that we can cast further light into the dark shadows.

Cast some light on to the Indyref2 narrative and what do you find?

This story is even more diaphanous when you consider that the chances of the SNP calling for a second referendum before 2018 are as likely as Scotland returning from the World Cup with a wee golden globe statue and a look of baffled bewilderment on the faces of players and an entire nation.

The SNP will not seek a new mandate until the polls prove beyond any reasonable doubt that there will be a wide margin of victory. This story – if it really ever was one – is dead, maybe not for a generation, but certainly for a whole World Cup qualifying campaign.

The story of how IndyRef2 was used during the election campaign is a clue. It is a smoking gun which shows how the Conservative Party will drive a right-wing agenda. It is smoke and mirrors and slight of hand.

The election result in England in May proves its potential. So much so that the new Tory leader, when he arrives in a few years, will be more like David Blaine than David Cameron.

My hope is that enough Scots and the awakening electorate in rUK will finally realise that the mood music is phoney.

This is the murky prism in which the media coverage of the entire five years of miserable Tory rule will seek to debate an IndyRef2, voting reform and the consequences of the UK exit from the EU.

Indeed, joy, another referendum beckons. But this time we have recent history to help us with the outcome. When the UK government agrees to a referendum the cards will be stacked in its favour.

The establishment parties will come together with one clear voice. The media will be on-side. Money will pile into the Yes campaign from the big businesses which rely so heavily on a single market to allow them to generate large profits.

They cannot afford to lose the flow of a well-educated, cheap, eastern and southern european workforce that helps them keep wages low in the UK. They will do everything to stymie an exit.

David Cameron will return with concessions. Small ones. But through the lens of the media they will appear large. The status quo will be saved and we will march on as before.

But before we do – imagine the scenarios to be played-out, the what-ifs put to the MPs and the pundits and the experts. Be Prepared. Hunker down. Put on your tin hat and don’t play the game.

You can spend hours and days watching and listening to people discuss something that will not happen. You can be diverted. Or you can focus on the real politics. To do that there is one further establishment feint to be tackled.

A truly proportional electoral system would change the way the UK is governed. It would, lets be clear, be the most fundamental democratic overhaul seen in the UK since universal female suffrage. The very thought places the establishment on edge.

The route to power in Westminster would be very different. The polarised red and blue, two choices for Downing Street swingometer would cease. Perhaps there would be a body of support for political parties less pre-disposed to the US- style capitalism seen in the UK since Thatcher.

That alone is reason enough to suggest that true electoral reform will never happen. 2020 will come and go with a Westminster Government elected under the first-past-the-post system.

This mind-numbing but hypnotic Muzak will end and a story with a passionate and politically-enlivened soundtrack will take its place.

The fact is that electoral reform is not in the Tory manifesto. And they won. Labour and the SNP have nothing to gain from reforming the Westminster voting system. Perhaps the issue is considered less important in Scotland and Wales due to devolution.

Electoral reform is a ship that’s stuck in port, waiting for a captain and cargo. Even those who would gain from it know that their efforts are better spent fighting the elections in Wales and Scotland where a list system offers a chink in the armoury protecting the two main UK parties.

The problem, for many, is that although the system may not be very good, its preferable to the alternatives. So their will be talk and debate and the ramblings of Ukip will offer further diversion on this issue.

However, when the dust has settled and we remain where we were, the real issues will have been relegated. Again, attracted by diversionary tactics the media will place one, two or all of these chimerical issues high on their list of priorities.

By generating enough noise they will play a major role in this government’s planned programme simply by deflecting scrutiny from their policies (or lack thereof). Sunday morning’s papers and political programmes were brim-full of EU, PR and IndyRef2 stories.

The IndyRef2, EU exit and PR will draw flack from the public and shift the the attention from where the UK media – whose job it should be to hold the UK Government to task – should sit.

Articles, papers and research will be carried out to fan the flames; a whole industry chasing non-stories. Twent-four hours-a-day, in high definition and full technicolor, a kind of shadow press leading the electorate down dark alleys and dead ends.

My hope is that enough Scots and the awakening electorate in rUK will finally realise that the mood music is phoney. This mind-numbing but hypnotic Muzak will end and a story with a passionate and politically-enlivened soundtrack will take its place.

If you don’t like the music you change the channel. See the light and remove yourself from the narrative of the mainstream media.

Picture courtesy of Toban B.