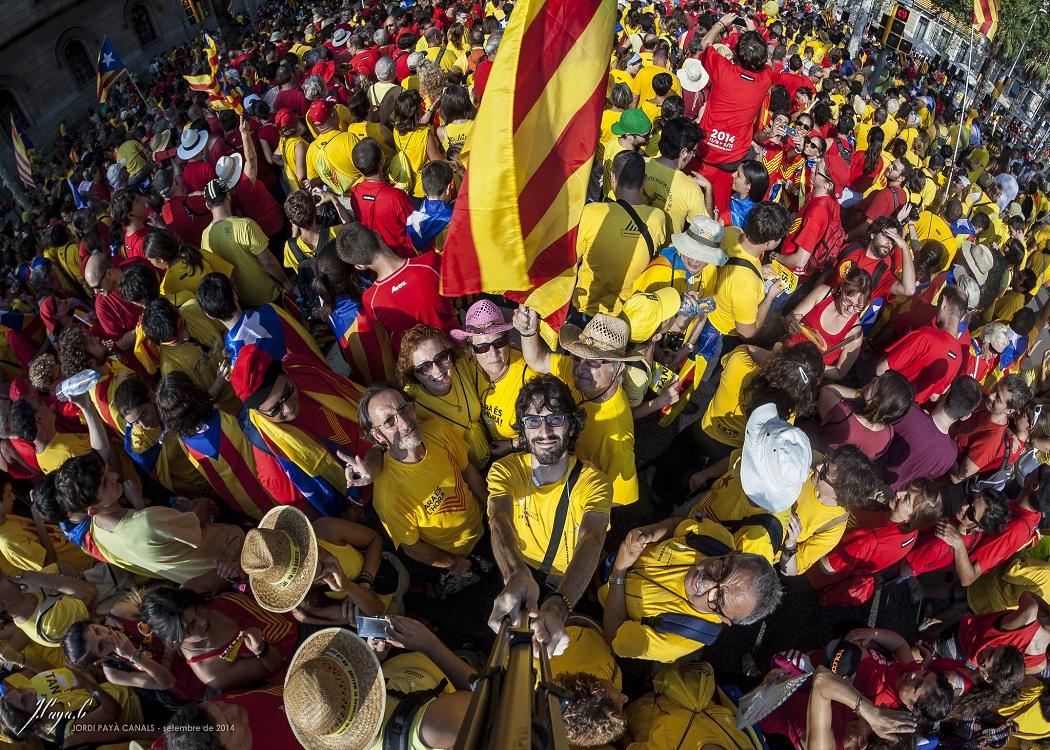 GLASGOW CITY COUNCIL has rejected an application from the pro-independence group Hope Over Fear to hold a rally in George Square on 19 September. Another annoying “No” for the “Yes” campaigners.

However, in response, campaigners’ answer this time seems to be “So what? You can’t stop a public gathering in a public space”.

Twitter and Facebook was yesterday full of “see you there bud”, “was always going, still going, was always YES still YES” and “it’s a public place and last I checked we are the public”.

And it looks like on 19 September George Square may well be full of “Yes” campaigners in defiance of Glasgow City Council.

So where will this lead? Are we moving inextricably to copy the tyre-burning French Farmers? Or the bin-burning Spanish Students?

It is clear to many that this Scotland is different from the one that entered the referendum debate. Pre-indyref, we may have been a bit miffed. We may have complained on social media. We may have even written an angry letter or two.

But now have we moved to a different starting position. Are we perhaps becoming more Catalan?

There are many similarities between the independence story and the Yes movements in Catalunya and Scotland, however one similarity perhaps less evident has been street level activism. But this may be about to change.

If the Scottish independence movement does start to mimic its Catalan cousins, what should we expect on our streets in the coming months and years? To find out, we need to visit the streets and kitchens of Barcelona and beyond.

While in Barcelona I witnessed street action against the proposed closure of a local nursery with 20 or so mums and dads marching under one banner. At the other extreme we had a million plus people linking arms across Catalunya.

In much of Spain it is in the blood to take grievances to the street. And once on the street and with numbers this starts to be noticed.

Amassing numbers on the street is something Scots could consider as they seek to keep the momentum going post-referendum. Numbers on the streets – once they reach a tipping point – lead to column inches and minutes on the mainstream TV news and it is here that battles can be fought.

It is easy to ignore 5,000 in George Square or 2,500 outside Pacific Quay. But 50,000 on Glasgow Green or 50,000 marching down Princes Street? It may be that Scots are ready to start to embrace the street in a way that the Spanish have been doing for generations.

Being bold and breaking the law

Farmers seem to be giddy on fermented milk at the moment and images of dairy cows marching up and down Tesco’s aisles is a sign that the line between being bold and breaking the law is being challenged by campaigners.

So how is this done in Spain? Sanchez Gordillo, the elected Major of the small town of Marinaleda, led raids on local supermarkets during the height of the recession in Andalusia: “They marched into supermarkets and took bread, rice, olive oil and other basic supplies, and donated them to food banks for Andalusians who could not feed themselves.”

And Enric Duran, an infamous young Catalan, “borrowed” EUR492,000 from 39 different financial institutions. He had no intention of ever paying any of it back. Instead he distributed it among a variety of different co-operatives and revolutionary projects. Now this is activism.

However, it is also still breaking the law, and activists should beware that taking a risk to prove a point might not pay off.

An attack on culture is still an attack

One of the biggest protests in recent years in Barcelona was against the closing of a previously disused building called Can Vias. Social activists had turned the building into a hub for social and cultural activity – until the price of land bounced back and the owners circled, that is.

For over four centuries Catalunya has viewed an attack on its culture as an attack on the region and on Catalans themselves. Now it may be a stretch to see the banning of the Hope Over Fear rally as a cultural attack but few would fail to describe previous rallies as anything but cultural gatherings.

Many of the political demonstrations which take place in Spain are to save cultural resources. It’s not all about money, poverty, corruption or police brutality; the defence of culture, be it Spanish, Basque or Catalan, has equal weight.

Protest with everything, including the kitchen sink

I was in Barcelona on the Monday before the Catalan referendum in November 2014 and was startled by a cacophony from outside my window. Pots and pans were the weapons of choice as thousands of Catalans protested about the Spanish Government action in declaring the upcoming vote illegal and null and void.

And what a racket. That continued on Tuesday, Wednesday, Thursday and Friday.

The beauty of this was in its simplicity. It’s easy. And once you’ve taken this little step to activism you could get on a roll. It can be done from your home and owing to the proximity of said pots and pans this actually helps.

And it can be loud. Should the Hope Over Fear organisers consider it wise to cancel the unofficial gathering there are plenty more ways to get the message across.

Indeed, rallies of that sort are just standard fair now in the Scottish political landscape. They seldom make the news and that is because marching a few thousand people round the city and ending up in George Square or at Holyrood just isn’t news.

Stories from countries that have a longer street activism history tell us that political statements don’t need to be about burning, stealing or redistributing anything.

It’s just about making a noise, being seen and being bold. Doing something different along with another 100,000 people helps.