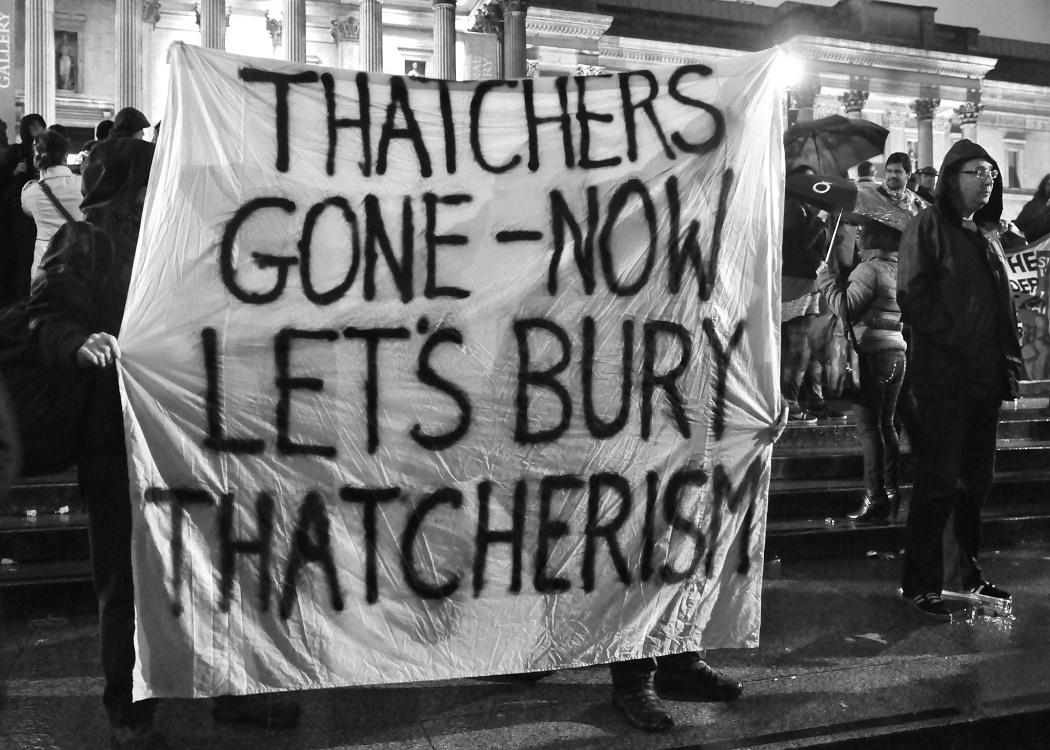 BRINGING a young family back to Scotland and settling in Stockbridge in Edinburgh, I’ve noticed that those dinner party type conversations seem to revolve around two things: schools and homes.

Setting my stall out early (which means I make a rather truculent guest) I am pretty fixed on three things in life: I wont be sending my kid to private school, I won’t be buying a home and I won’t be attending any more dinner parties.

Returning after living in Barcelona for a few years it is obvious that the desire for the best school for your child is universal, but what sets us apart from many other countries and most of Europe is our relationship with our homes.

Many Labour-supporting working class voters – like my own father who bought his Livingston council house – shifted their allegiances.

For much of the working class British population homes had, until Thatcher’s introduction of the Right to Buy scheme (within the Housing Act in 1980), been solely where you lived. Your home was an expense, like food, clothing or heating; it was never an investment.

With affordable rents and hundreds of thousands of new quality homes being built in the 1970s, especially in the new towns of central Scotland, you could still make your house your home and live comfortably and securely.

And then something changed.

With the introduction of the Right to Buy, that home almost overnight became something else. Its bricks and mortar didn’t alter but it became a nest egg. The householders in those 1.5 million homes bought their houses at a 33 per cent to 50 per cent discount, but more importantly for society, they bought the idea that their house could be so much more than their home.

In fact, the change was that they considered it their right to own a property. This was democracy explained in the number of rooms and the size of your garage and garden.

Many Labour-supporting working class voters – like my own father who bought his Livingston council house – shifted their allegiances. Working class Scots followed the dream. This injection of consumer demand and consumer-led debt allowed the 1980s UK economy to explode.

Without increases in productivity or wages the boom was powered only by debt as millions of working class families took out mortgages acting on their ‘Right to Debt’.

Fast forward 35 years and the new Right to Buy policy from the Conservatives has been coming for some time. The recently announced reduction in inheritance tax for properties under PS2m created a wonderfully bright, aspirational picture to precede the announcement that even those in housing association houses can dream of that tax free bonus.

The panacea is that you can buy your home and see its value soar. A heady height will be reached before you even pay tax on its transfer to your children. For the Tories the dream of a ‘home-owning democracy’ has been given new life with the rebirth of the poster boy Thatcherite policy.

The appeal to a million voters is obvious, visceral, heart felt: to own the home you live in and to one day sell it for a large profit or pass the value on to your heirs. This powerful starting position must be understood by those opposed to the reintroduction of this controversial policy. The strength of those desires can not be underestimated and it could just swing the election in favour of a Conservative government: the victory built on a dream.

This shared but ultimately personal dream has the potential to create a nightmare for society, communities and for the UK as a whole.

In reality, however, this shared but ultimately personal dream has the potential to create a nightmare for society, communities and for the UK as a whole. Thankfully, the policy is only muted for England, but on this ever so closely linked island the effects will be felt across the nations.

There is no policy more damaging to the health of the nation than the right to remove affordable housing stock from public to private hands without counter actions to remove the negative impacts.

The building of wealth of the working class could be achieved with much less damage if we followed polices which saw rises in real wages and improvements in public services.

The Right To Buy policy will see shares in the banking sector rise as a million new mortgages will be required. Those with shares will see their dividends rise, allowing investors who own the bigger houses to afford even bigger ones.

Bonuses for bankers will rise as millions of working class families pay interest on those loans; funnelling yet more money upwards in our society. Estate agents will boom, replacing more high street shops. The economy will be falsely boosted by debt as billions of newly created money will flush through the banking system.

Many families will push beyond their means and a still poorly regulated financial service sector will support unattainable desires. Household debts, already at a record high, will increase. Overindebtedness will reign. The housing bubble will continue to inflate.

The affordable housing stock will be depleted. Many of these homes will quickly pass not to children but into the rental market offering an opportunity for thousands to make a living from rents.

Right to Buy is at the very crossroads that our society faces, and for those who believe it is a horribly divisive policy the PR battle couldn’t be harder.

The commercialisation of our society will grow as many working class families strive for wealth by speculating on the value of land and property. And all the while, the newly installed Conservative government will hail a recovery.

Right to Buy is at the very crossroads that our society faces, and for those who believe it is a horribly divisive policy the PR battle couldn’t be harder. Right to Buy places the individual against society. The aspiration of individual profit against the societal need for open access to housing. It places the haves against the have nots and it is here where the anti-Right to Buy campaign will stall.

Those who oppose Right to Buy will have to defend their opposition against cries of “politics of envy” and “hypocrisy”. It will not escape the heads of those households who seek this perceived financial escape that many of the commentators who speak out against the policy will own their own properties.

From here, the opposition house is clearly built on sand. Add to that perilous opposition the instinctive desire to provide for your children, and opponents face two insurmountable cliffs.

It will not escape the heads of those households who seek this perceived financial escape that many of the commentators who speak out against the policy will own their own properties.

So exactly how do you counter those arguments? The only way is to paint the reality from the palette used to create the dream. Opponents need to make that reality as powerful as the dream. Expose the scheme as a decisive policy that will not lead to riches but will burden society with further inequality.

Point to an alternative route to provide for your family as we seek to redistribute wealth through increased wages and investment in our communities.

Margaret Thatcher is dead but her ghost still stalks our society.