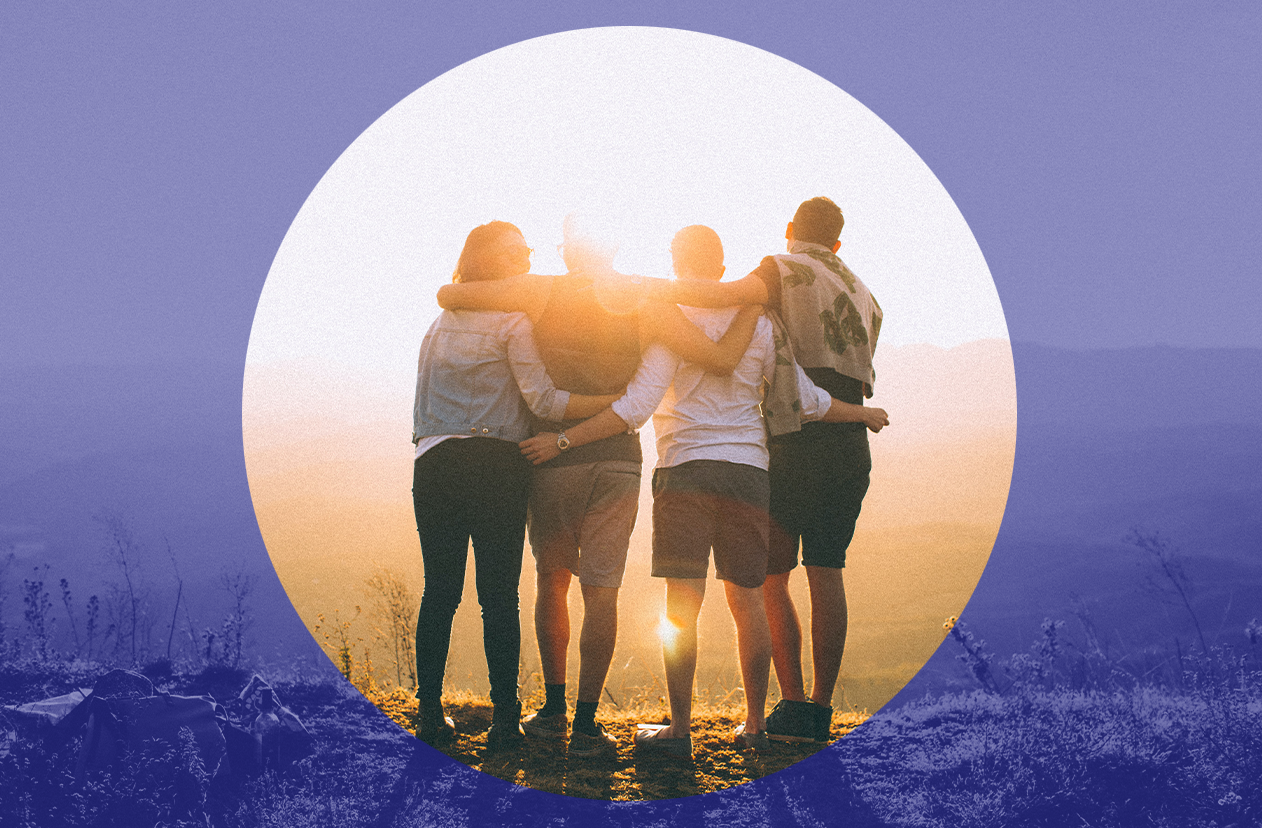 “If Scotland is to be a place to live a good life in a good society, we should take the lessons of mutual support groups and the new fluidity of governance offered by the pandemic upheaval. We’ve seen the power when people come together – when communities are shaped by us and for us, all done at a local level.”

THE last twelve months have changed the way many of us think about our everyday lives. The lockdowns necessitated by the pandemic have made the world feel smaller and turned many people’s minds to a more local view of the world.

The crisis has given many of us time and space to ask ourselves why things are the way they are, why we place value on the things we do and if there is another way. More people than ever are asking themselves, directly or in a roundabout way – what is a good life, lived in a good society?

That’s why, despite the tragedy the pandemic has inflicted across the country, in many ways the response we’ve seen should give us hope. We’ve seen just what people are willing to do for their local communities; from mutual-aid groups to volunteer foodbanks, we’ve seen people go above and beyond to support their neighbours and work together for their local area.

People want local control – new Savanta ComRes polling commissioned for the Our Democracy campaign found that over three quarters (76 per cent) of people think local communities should have at least some say in the decision about how Scotland re-builds from the Covid-19 pandemic.

And as we’ve seen, we know people are willing to get stuck in with the issues that matter to them and their local area. The same poll found over four in ten respondents (44 per cent) said they would be willing to give up their free time to help their local council make decisions on issues that affect their community.

But all too often, the ability for ordinary people to shape their local communities isn’t there – especially in Scotland, where even local government can feel distant and remote from our communities.

Scotland has some of the largest, most distant councils in Europe – and people feel that distance, geographically and politically.

The average local authority in Scotland has to cover an area of 2,435 square kilometres, making it 50 times bigger than the EU average.

We have just one councillor per every 4,453 residents in Scotland. Denmark, which is quite similar to Scotland in size and population, is half that at 2,216. Norway is streets ahead at 572. Even citizens in England are far better represented at one local representative per 2,814 people.

That’s why Our Democracy are calling for ‘genuine local democracy’ to be on the agenda at this election and calling on parties to back a new way of doing local democracy, ending the centralisation of power and enshrining a principle of community power as the foundation stone for Scotland’s post-pandemic future.

If Scotland is to be a place to live a good life in a good society, we should take the lessons of mutual support groups and the new fluidity of governance offered by the pandemic upheaval. We’ve seen the power when people come together – when communities are shaped by us and for us, all done at a local level.

The Citizens’ Assembly of Scotland – made up of ordinary people across the country – recently called for a new way of doing democracy. For ordinary citizens to have a say, not just at election time, but throughout.

The Scottish Government has at its fingertips the tools to hyper-boost them by transforming local governance in Scotland and that’s why we’re calling for new powers for to help us remake our local communities.

Every community should be allowed to have an elected representative body which has the time, space and resources to really focus on the needs and future plans for that place.

This is why we are also for communities to have regular local citizens’ assemblies to develop the plans and to hold the politicians accountable for delivering them.

And the public agree that deliberative forms of democracy can play a key role in moving our communities forward. Polling found 81 per cent of people think that citizens’’ assemblies could be effective in deciding on local community priorities with a majority (54 per cent) believing they would be ‘somewhat’ or ‘much more’ effective than local councils.Such an innovation could return a new legitimacy to elected local politics.

Democracy is the right for people to decide how the place where they live is run. For a hundred years this right has built our communities, our society and our sense of justice. But too few people now believe that this right is being honoured; too few believe that they decide and too many believe they are powerless and voiceless.

That’s why we need a new democracy which is ready to help us build for a hundred years to come.

This is our simple vision for our future – a truly local democracy, a truly participatory democracy and a truly powerful democracy.

Willie Sullivan is the director of the Electoral Reform Society Scotland.

This Holyrood election, the Our Democracy campaign is calling for parties to:

The Declaration can be signed here.